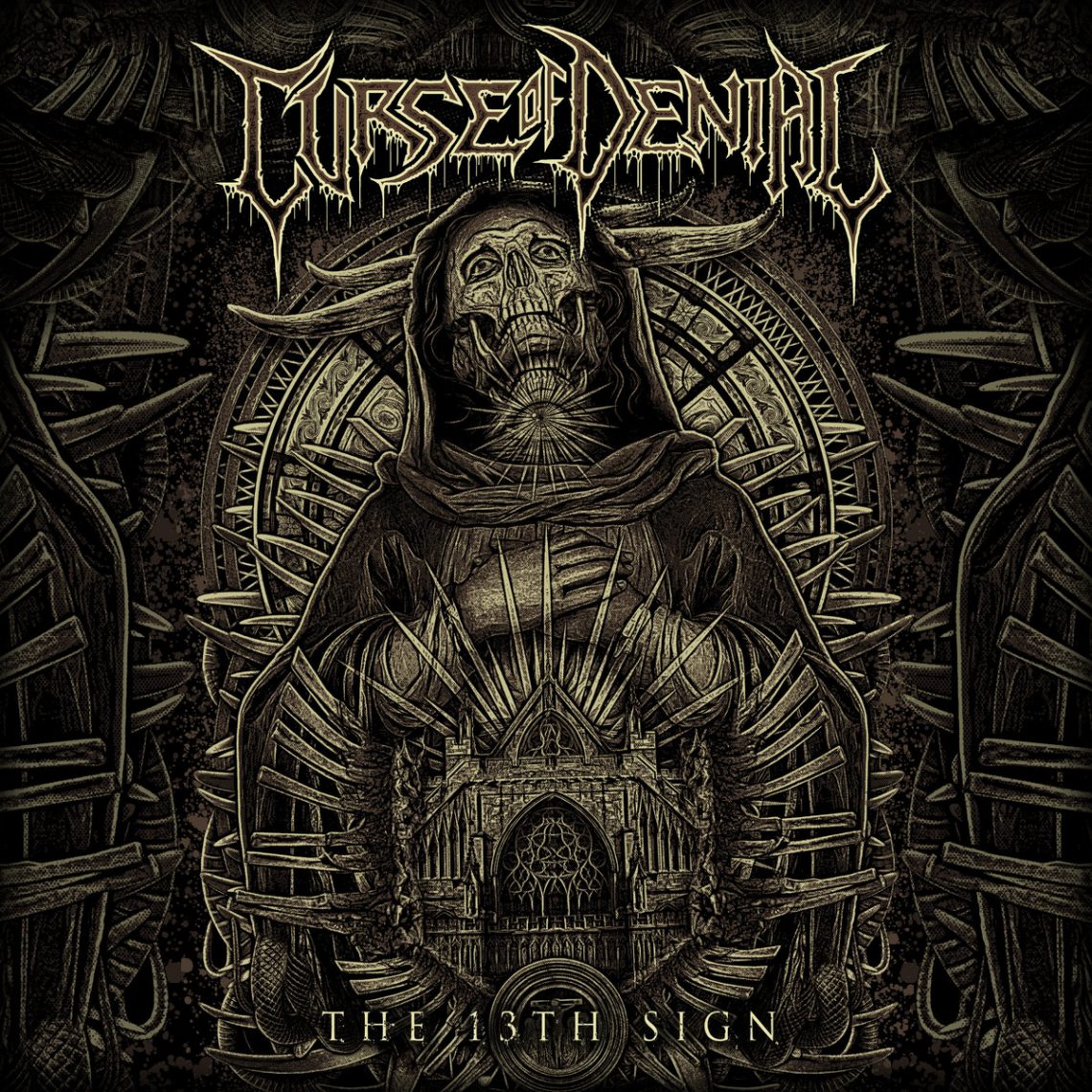 Looking for another album to piss off the neighbours? The 13th Sign by Curse of Denial should do it. Why? Because it’s Metal. Because is loud. Because it’s awesome.

Curse of Denial have been forged in the fires of damnation (Cleveland, Ohio). The band comprises members of past Cleveland Death/Thrash Metal bands such as Decrepit and Descend. They claim to be on earth to ‘devour the innards of the weak and unsuspecting and annihilate the false’; quite an undertaking I suppose. However somewhere in their un-Godly schedule they managed to take time out to record an album.

Recorded at Bad Back Studios, Cleveland, Ohio between March and September 2016, The 13th Sign is the band’s first album and features eleven tracks with suitably evil titles and words I don’t even know the meaning of. Production is great with the album being engineered, mixed and mastered by Dave “Big Metal” Johnson.

The artwork for the album is excellent in my opinion and is befitting the direction and intent of the band. They clearly want to create a sense of dark foreboding and so should be well pleased with Remy at Headsplit Design for his cover art.

Another key point to mention here before I get to the album proper is the number of contributions from other musicians and friends of the band. This is no more evident than on Night Terrors in which the band and their collaborators pay tribute to their friend Jim Konya who sadly passed prior to the recording of the album.

And so onto the album.

The first track; ‘Ophiuchus the Winding Serpent’ is a 100mph three minute introduction to the album and comes complete with creepy guitar arpeggio, thunderous drums and deathly growls courtesy of vocalist Rob Molzan. This gives way to ‘Pawns in Chess’ which clearly demonstrates the band’s ability to write weighty but melodic pieces; leaning towards early Thrash with Molzan’s vocals making the listener think they are suffering from some auditory processing disorder.  Population control and the work of Reverend T.R. Malthus are the inspiration for the third track Malthusian Nightmare and an engaging spoken word introduction make this track my favourite of the album; still the music provides the perfect backdrop for such an ideology.

The album continues to surprise. It delivers a toxic mix of rapid fire drums but carefully mixes melodic guitars to create a heavy sound but with plenty of groove. Curse of Izabel is furious in parts but then the band take the foot off the pedal to create space for Molzan to annihilate us with his screaming vocals. There’s a strong foundation of Thrash throughout the tracks and this certainly appeals to me as I don’t want to hear something that just smashes its way through the album from beginning to end without shape or form. To this end Night Terrors is the perfect blend of speed, melody and technicality. Slowing enough to allow Jeremy McLellon and Gary Heinrich to cut through and show their talent on guitars. A monstrous rhythm section courtesy of Shawn Hapney (Drums) and Michael Perez (Bass) never falters from the second you hit the play button, but it would be criminal not to mention the immense power of The Aphotic Zone. I could go on but surely it would ruin your experience. Oh go on, one more thing; have a listen to the opening guitar riff on Haven for the Dispossessed; it’s a belter.

In summary Curse of Denial have created an album that is dark and uber heavy but remains completely listenable over and over again. The rhythms are spaced perfectly between the blasts of intense Metal and the songs are memorable. Sadly unless the band play here in the UK I may not be able to catch them live but I reckon if I listen closely this coming Friday when they play Funhouse in Cleveland, and the wind is right, I might just be able to hear them. 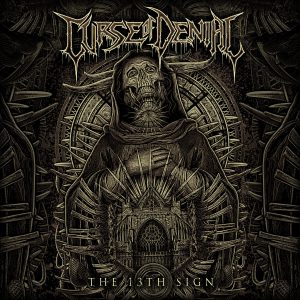