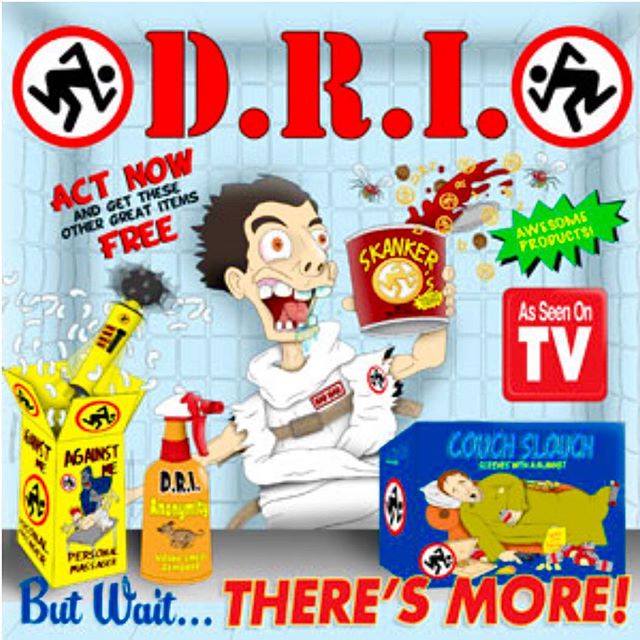 D.R.I. are giants of the crossover scene, having been on the go since way back in 1982.  But their last studio release was 1995’s Full Speed Ahead and, despite a recent tour, it was looking like the guys wouldn’t be releasing any new music…

So when I was asked if I wanted to review a new D.R.I. EP I had a heart attack, orgasmed, and fell off my chair… all at once!

The ‘But Wait… There’s More!‘ EP contains three new studio tracks, and re-recorded versions of two songs from the 1985 album, Dealing With It.  It’s fast and furious stuff and it’s great to hear the band thrashing away at a hundred miles an hour just like they did in the old days.

If I have to find a negative, it’s that this is a disappointingly short EP, with only 3 new songs up for grabs.  Fingers crossed the fans lap it up and the band are persuaded to write enough material for a full length release !

If you’re a fan of D.R.I. or a fan of crossover music, then you have to get yourself a copy of this – see the link below !! 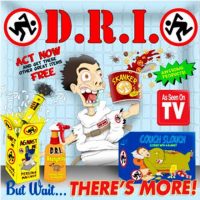