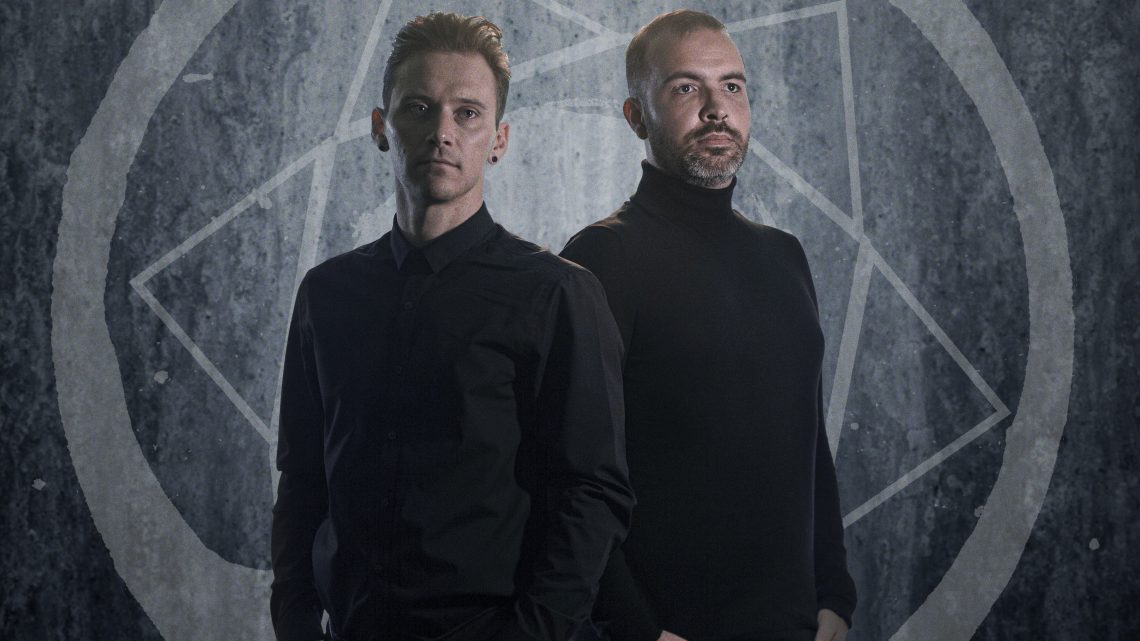 Daniel Tompkins, having recently presented his forthcoming album Ruins with the release of the first single “The Gift” featuring Trivium’s Matthew K. Heafy, has premiered a brand-new mesmerizingly beautiful yet unsettling video for the title track “Ruins”. The track will also be available on all streaming platforms from Friday 20th November.

“Ruins” is Tompkins re-interpretation of the title track of his debut album “Castles” Daniel explains the song and video’s meaning “’Ruins’ is a rollercoaster of a song and a true reflection of all that we’re about, musically. It touches on the original concept surrounding fractured relationships, tragic mistakes, compulsion and addiction – the things that can cause irreparable harm to people’s lives and ‘Ruins’ represents the aftermath.

The song was co-produced between my good friend Paul Ortiz (Chimp Spanner) and myself. Having released Castles in 2019 (Produced by Eddie Head) I had the urge to recreate and inject a new life into it as a prog rock / metal record with the help of Paul who rewrote the music from scratch. Vocally, I really feel that this track is a very honest reflection of where my head is currently at and perhaps a nod to things to come both vocally and musically!

The music video produced by Kyle Kadow and Steven Cleavland of ‘Found Format Films’ see’s Paul and myself performing for the first time with a guitar in hand on greenscreen with some fantastic VFX. The style and theme of the video, inspired by the original song ‘Castles’, centres around the theme of corruption, compulsion and revenge, as we see the characters slowly intoxicated by their own greed, ultimately leading to their own destruction and their lives left in Ruins.”

) showcasing re-written music with more aggression and a truer, darker tone. Castles was originally created by co-producer and friend Eddie Head (Haji’s Kitchen) and whilst the lyrical and conceptual side still represents the same ideas,  the new version Ruins is significantly different to Castles with the addition of  Tompkins’ signature aggressive versus clean vocal style. It was felt that renaming the album and each song was appropriate and aside from the lyrics, it is essentially a completely new album.

A diverse vocalist, Tompkins has established himself as a highly respected artist with a dedicated worldwide fanbase garnered from his work with the global progressive metal sensations TesseracT, Skyharbor and White Moth Black Butterfly. In addition, there is a new collaboration with percussive guitarist Jon Gomm (a recently-signed Kscope label mate) on his forthcoming album The Faintest Idea. His versatility as a vocalist and musician is showcased across all of these acts and also with his more accessible solo material.

Tompkins has confirmed he will be supporting the release of Ruins with his first solo live shows in 2021, already confirmed is the UK’s Radar Festival.

Daniel  Tompkins will also be back out on the road in November and December 2021 with TesseracT, as special guests to Trivium on their new announced European Tour – dates can be found here:

Ruins will be released on CD digipak with an 8 page booklet and digitally and is available to pre-order HERE (https://DanielTompkins.lnk.to/Ruins)