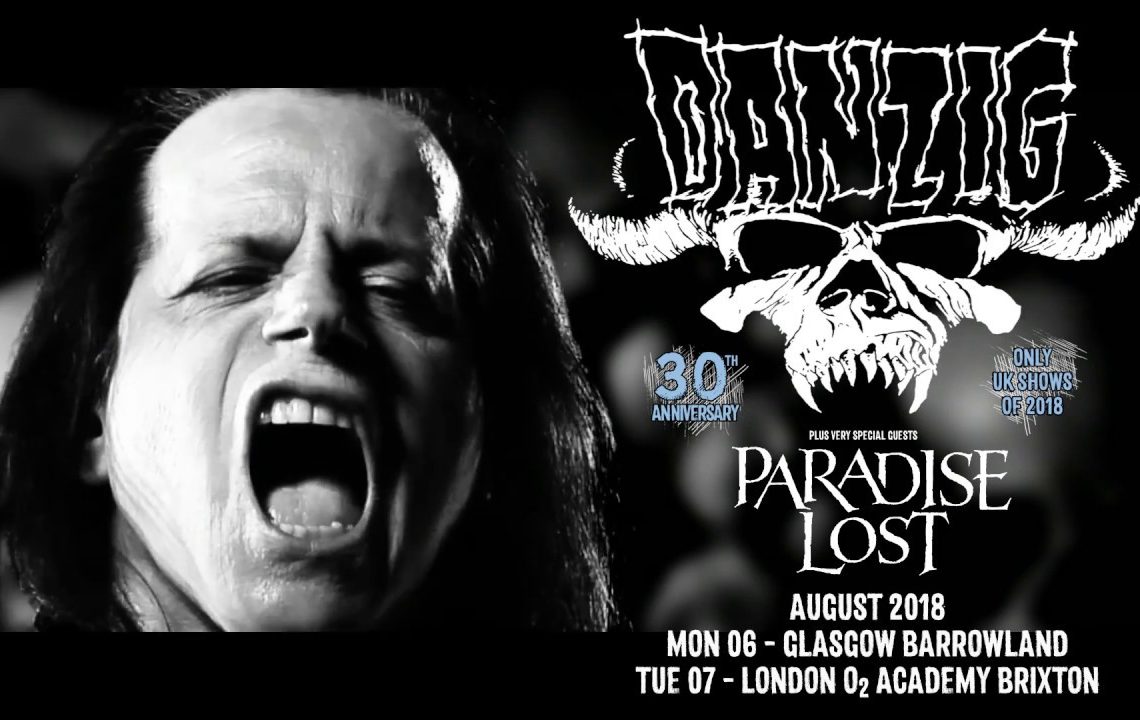 A humid night in Glasgow for the Danzig gig. Getting spat on by intermittent warm, rain a que forms around the Barrowlands Ballroom awaiting for the doors to . Outside the main doors there’s posted warnings of no cameras, or recording equipment of any kind allowed at tonight’s show.

I’ll be honest, I was quite shocked to see this, however on hindsight it stopped folk from viewing the gig through a screen  and ignoring the actual experience. 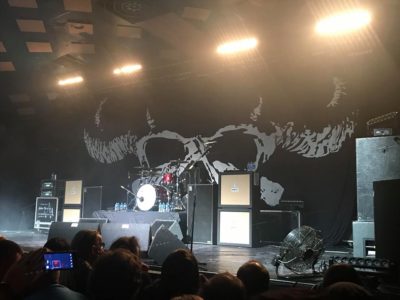 It had been just over a quarter of a century since Danzig had played Scotland (1992 How the Gods Kill tour) so the atmosphere was palpable.

As the intro tape fades into oblivion the band are on stage gearing up for SkinCarver. As the crowd roared, Glenn runs on to the stage, full of energy and from then on he doesn’t really stop running around like a headless chicken, as well as getting photographers with pit passes thrown out of the press area.

Bass player Steve Zing is not a happy bunny at all. It seems as tho he couldn’t get a good mix in his monitors and was getting increasingly pissed off. It wasn’t until half way through 2nd song,  Eyes Ripping Fire that it seemed to get sorted. Guitarist Tommy Victor and drummer Johnny Kelly have to be 2 of the happiest on stage musicians you’ll ever witness. Despite playing incredibly heavy, doom laden tunes, these 2 guys have grins that would put the Cheshire Cat to shame. (If you witnessed Johnny drumming for Type O Negative, he was the happiest member in that band by far)

By the time the end of Twist Of Cain comes around (the 4th track of the evening) Danzig is genuinely fecked. As he starts to talk to the crowd, he’s breathing incredibly heavy (if you closed your eyes you would’ve thought it was a dirty phone call). He then starts a rant about being a REAL band, singing and playing live and not having to rely on music being piped in etc. Was this a dig at the opening act Paradise Lost (who do use recorded backing vocals and keys) or was this a dig at bands in general?

Although Glen is not the best singer in the world he still puts on a performance like it’s his last.  A true legend who leaves everything on the stage.

The set list was a great mix of the 1st 3 albums with the latest album, Black Laden Crown being represented by Eyes Ripping Fire and Devil on Hwy 9. 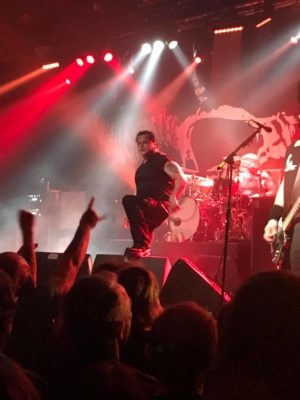 Photo courtesy of Paul Smiles for All About The Rock

She Rides mixed in with Do You Wear The Mark as encores were superb. At times the audience were louder than the band during She Rides.

Security at the show were not messing around with ANYONE who was caught with cameras or their mobile phones to record. If you were caught in the crowd recording, a torch was flashed directly at the device to interrupt recording. There was a guy in front of me who was warned 3 times for his phone before having it taken off him.

The security was great with crowd surfers however there seemed to be a lack of water being handed out to the first row. But all in all they did do a good job.

The sound out front was superb. Loads of rumbling bass, a kick drum and snare sound that felt like it was kicking you in the face. As for the guitar sound? It really did cut through like an industrial machine that can cut through any material like a knife through butter.

Was it worth the 26 year wait for Danzig to return to Scotland? Of course it was. I don’t think I have been at a gig that loud since Motorhead at Hammersmith Odeon back in 1989 (I lost my hearing for 3 days & writing this all I can hear is a constant ringing… The true signs of a bloody good gig) 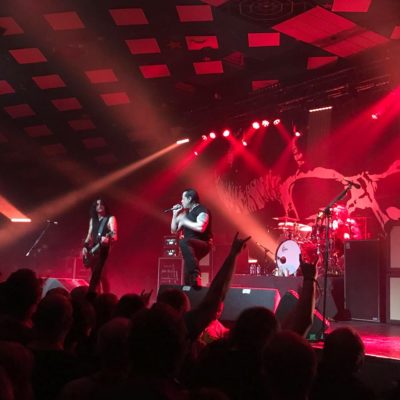 Photo courtesy of Paul Smiles for All About The Rock

SkinCarver
Eyes Ripping Fire
Devil on Hwy 9
Twist of Cain
Not of This World
Am I Demon
Her Black Wings
Tired of Being Alive
How The Gods Kill
Left Hand Black
Dirty Black Summer
Bringer of Death
Black Mass
Mother
Encore:
She Rides
Do You Wear the Mark