20th February 2020 0 By John Deaux
Dark Groove Metal Duo NEORHYTHM have released the second single from forthcoming concept album Terrastory. “The Critique of Dark Reason” is a tale of the Middle Ages and can be streamed at the following link:
neorhythm.bandcamp.com/track/the-critique-of-dark-reason
Stream and/or purchase the single on all major digital platforms by visiting the following location: https://smarturl.it/darkreason
NEORYTHYM will is set to release its newest album, Terrastory, on March 20. Featuring 11 tracks of dark, progressive groove, Terrastory is a concept album with themes covering the 4.5 billion year history of planet Earth.
The band elaborates on the concepts behind Terrastory:
“Terrastory is a conceptual album that reviews and describes the history of planet Earth from the origin of the star to the present day, the history and evolution of Mankind and Civilizations, and even tries to look into the Future. With our new songs, we penetrated the temporal space from the Archean Eon to Art Nouveau, explored various cultures and tried to convey not only lyrically, but also musically the development of our father’s home, from the protobacterial world to perfect technological progress. For History is a treasury of human deeds, a witness to the past, an example and a lesson for the present and a warning for the future.”
The band previously released a video for the first single from the album, “Fight for Fire.”

Stream/purchase on all major platforms at: https://smarturl.it/fight_for_fire 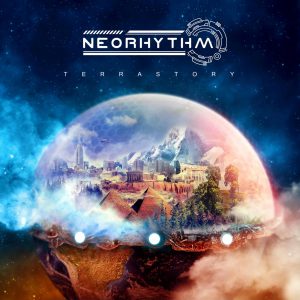