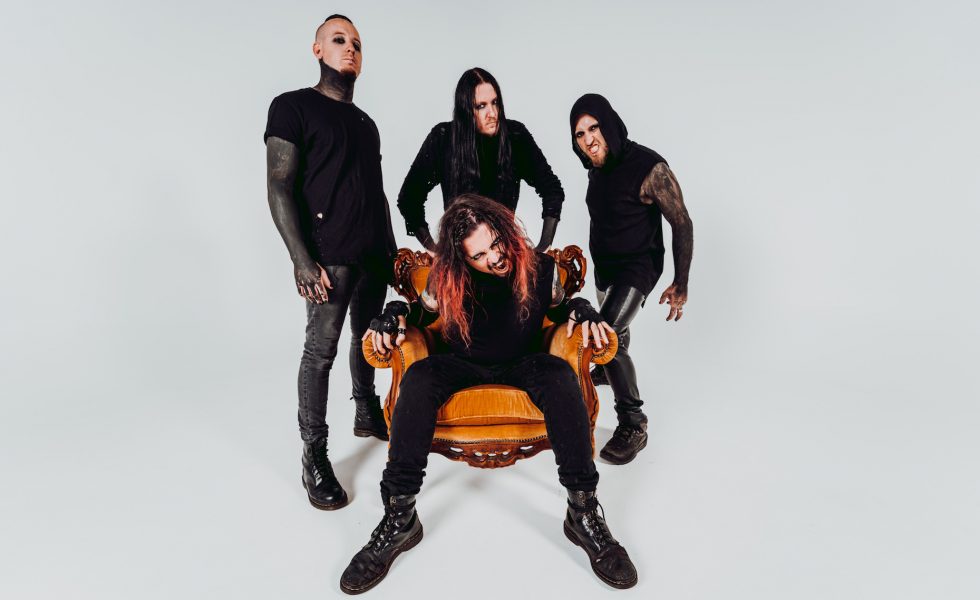 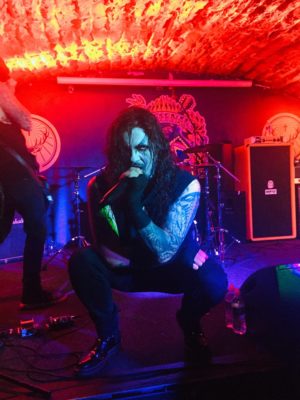 Dracman of Darkcell. Photo courtesy of Queen Nikki for All About The Rock

Sadly, it’s a miserable night in Edinburgh, however the Aussie creepers from Darkcell are here to both spread their darkness and liven up our Monday. Its their first time on tour in the UK and they’ve been able to experience our city in all it’s glory while castle hunting and visiting some of the grimmest graveyards Edinburgh has to offer. To say they have loved being in Scotland’s capital, having their minds blown by its dank history and stumbling down its smelly cobblestones is an understatement.

Their buzz for the show at Bannerman’s held no bounds as Dracman discovered that the venue booker was none other than Christian Kimmet of Warrior Soul and member of Jizzy Pearl’s  Love/Hate UK band and sorting out the sound tonight was Irish Rob from the punk legends, The Exploited. 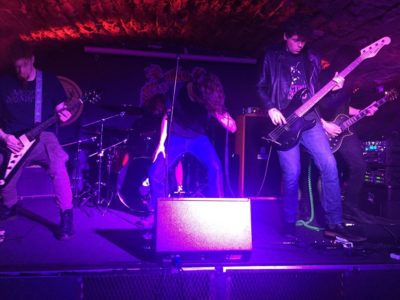 Fornoth. Photo courtesy of Queen Nikki for All About The Rock

Doors for tonight’s show were at 7:30pm and the first act Fornoth had jumped on the boat from Ireland to play this show and a string of shows in England. For a new band this bunch of young lads (who to be honest didn’t look old enough to be at an 18+ bar) were fabulous. Fun, thrashy and as Metalcore as fuck. Well worth checking out. Although Fornoth have some teething issues to iron out as they work out how to musically fit together as a band, the vibe put out by these youthful babes was infectious. They were there to have fun and the vocalist’s power to windmill with only his fringe for the duration of the set was most commendable as were his varied vocal techniques. 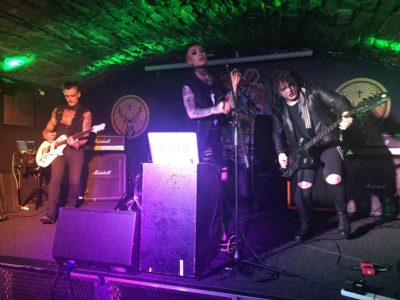 Kuro. Photo courtesy of Queen Nikki for All About The Rock

Glaswegians Kuro were next on the bill and playing the night before their official E.P launch show. The set came across as a warm up for the following nights show. Perhaps the vocalist should have spent less time on their image and more time concentrating on performing the vocals live. You couldn’t hear the vocals very well over the backing tracks and they seemed a little out of breath, while bouncing around the stage with a keytar. Atleast they were all committed to their image throughout the set pulling the ‘Blue Steel’ look. I’ve listened to their E.P and I really like their style, but the recording sound shines over their live performance. With ripped jeans, make-up that was across between 80’s Goth and Drag Race, it just seemed a little gimmicky to me. I really enjoyed their sassy character and by all means dress to the nines for your live performance, but only if you can pull off the look and the show to go with it. Then there is the topic of the Marilyn Manson cover but lets not even go there. I look forward to seeing them improve after a few more rehearsals.

By now the time was 9:15pm and it was time for the main act. The turn out wasn’t overly impressive for their debut BUT the audience that WAS there, were geared up for it and sweaty with anticipation.

Darkcell were a horror filled delight and clearly what everyone came for tonight, by now the room was fairly full and eager. Highly polished, massive amounts of energy, huge smiles (despite the sinister face-paint). From La Chambre Des Cauchemars blasting from the intro tape and running in with The Great Big Nothing from their lastest self titled album, it was game on. Filling in for this tour on bass for Mr Derelict and throwing in backing vocals was Johnathon Devoy (From Love to Violence) and his stage presence really merged with the rest of the bands, a very worthy replacement. Postmortem is as fierce as ever, so tall his head nearly hits the basement roof, as he plays with his guitar behind his head and leads the band into what a well rehearsed performance should look like. While the ghoul like face of Macabre pears up from behind the drum kit as his sticks move as fast as lightning and his sound pierces my inner ear.

The punters were in fine fettle too, they picked up on the crowd interaction very quickly. Singing along with Hail To The Freaks, sticking middle fingers in the air for F.T.W and generally having a boogie with the boys. Dracman paces around the Bannerman’s dungeon, microphone firmly clenched. His cheeky grin and charismatic stage presence is every bit as engaging as when I used to see him play Brisbane shows almost ten years ago. I would have to say my favorite song of the night was Burn The Witches, it was great to see the crowd screaming the lyrics.
The big surprise of the night was Darkcell’s NIN cover of Head Like A Hole which had the crowd head banging and screaming away. Even the vocalist of Kuro jumped on stage to help with backing vocals which was a lovely touch. After many thanks to the crowd, the Brothers Of Chaos said a lovely goodbye but not before the audience got to have a group photo and a meet and greet. 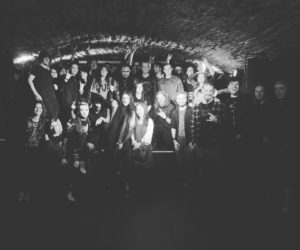 Darkcell Photo courtesy of Queen Nikki for All About The Rock

As a fellow Aussie, it makes me so proud to see Australian bands touring over here and absolutely smashing it. Well done lads, a fantastic performance to a booze fuelled Edinburgh audience and we’re all looking forward to the next tour.