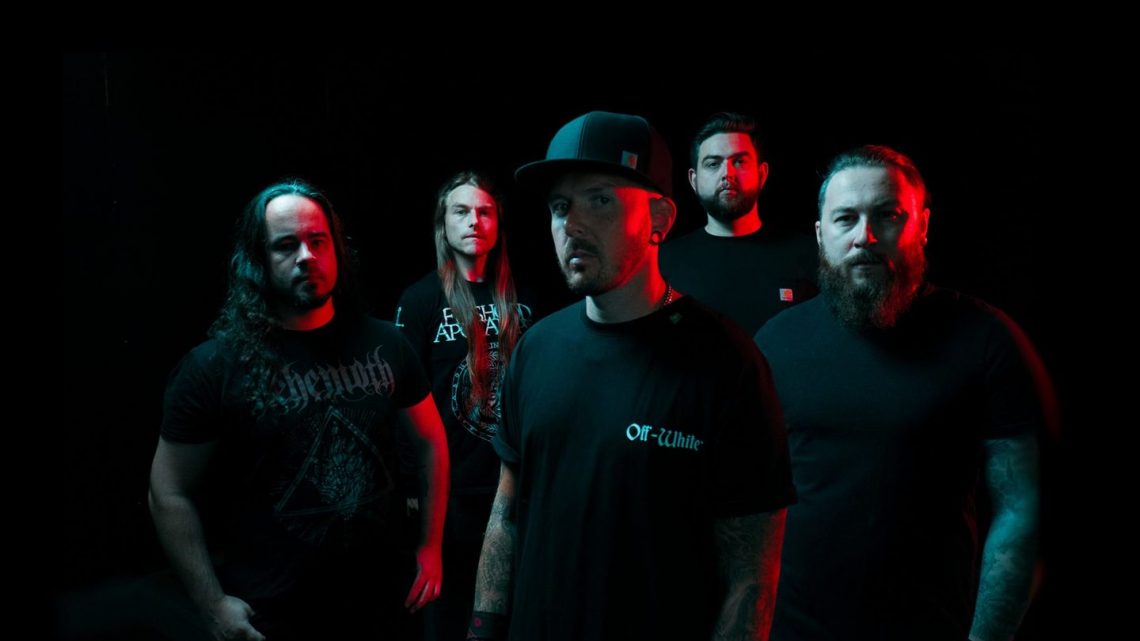 UK Tech Death furies This is Turin from Cheshire England, have been a rising force in the UK scene since their debut in 2015.  Vocalist Darryl Jones, kindly gave up some of his time during Lockdown 3.0 to chat about his beloved dog.

I have four band members and a dog named Ralph! Alongside being a fellow pet lover and death metal enthusiast, I’m also a huge football fan. Ralph is named after the iconic record-breaking Everton centre forward William Ralph Dean. 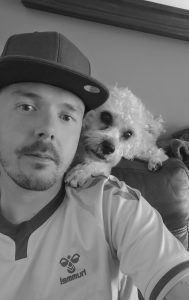 What is the best trick Ralph can do?
He can do spins; he can drop to the ground like a commando and he understands the term ‘fist bump’ to say hello with his paw. I’d love to see him smash it up in a pit.

This past year has been pretty manic, so you’ve no-doubt, like the rest of us, spent a lot of time at home. How has your pooch helped being at home for you? Have they been comforting, or have they just been driving you nuts?
Honestly, his company has been incredible. He is constantly happy, so when times are tough, I just take time to think ‘be like Ralph’. A bit crazy, but he is like my best mate.

Have you always been an animal lover? Have you ever owned any exotic or different pets?
I have indeed, I’ve always had dogs. I’ve always been a fan of a pet that I don’t think will kill me, so never been one for exotic animals! However, I did once handle my mate’s spider drunk and that cured any concerns with the eight-legged fiends.

Are you one of those people that puts your pets into costumes? Don’t be shy to tell us about their battle vest.
He would disown me if I did that. Ralph is a bit of a lad, so the closest he comes to a costume is a smart little Barbour style jacket he has with an Everton pin badge on. He looks like he is about to go on a night out in town!

Does he like it when you practise at home or has your pet had any influence on your music? Does he seem to prefer any particular genre of music more than another?
I tend not to practice vocals around him as he would probably thinking I’m barking at him. His favourite genre is black metal. He is a bit of an elitist.

Who looks after Ralph whilst you’re away on tour/holiday?
My in laws take the role of Ralph sitter when on holiday, but when I’m on tour my partner Sam has the honour. He becomes the man of the house, so he protects her and steals my side of the bed. The cheek of it!

Speaking of practising, any new music in the pipeline? IF so when is it due and what can your audience expect?
We’ve recently dropped two new tracks of our upcoming E.P ‘T.U.R.I.N’, including the lead single ‘Misery’ which features CJ McMahon from Thy Art is Murder. We have a final single off the E.P coming out on the 12th February. There will be plenty more to come this year.

Have you anything you’d like to say to your fans/followers?
Thank you. Your time and energy means everything to me. I’d be lost without you.

Thank you for your time Darryl. It’s been a pleasure as always