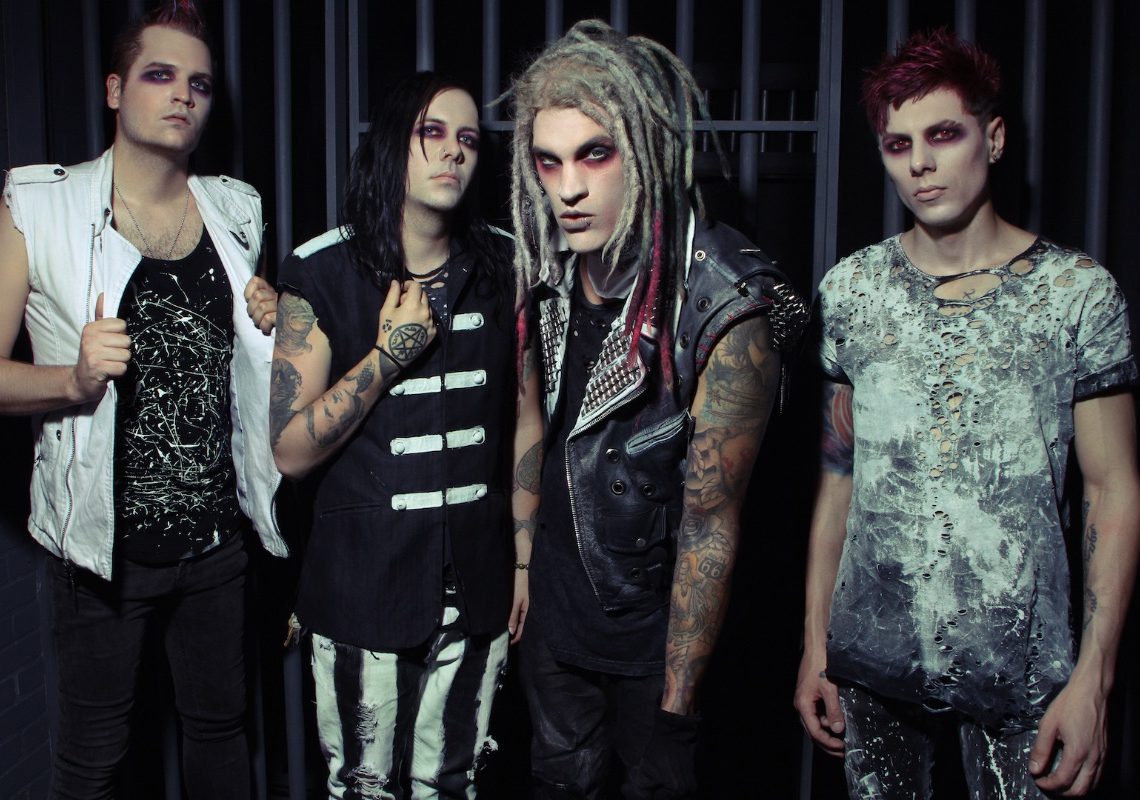 On the 8thDecember 2019 Davey Suicide released their 4th full length album, “Rock Ain’t Dead”, and the band is ready to pour gasoline into the fire that is currently reviving the North American rock scene.

The band comes prepare with an album full of singles. Cocky? Fucking hell yes! After the first sign of new music “One Of My Kind” was released in early 2019 on the Out of Line release “Awake The Machines”, the band finished up the work on the rest of the album. First official single release “Medicate Me” will see a band in absolute top form, accompanied by the video which features Scout Taylor Compton (Rob Zombies’ Halloween) in the lead role and guest vocals by The Word Alive’s Telle Smith.

About Davey Suicide:
As the first demos were created in 2010, Davey Suicide played a few shows in Hollywood, California in 2011 which caught the attention of several record label executives. By early 2012, Suicide signed a record deal and started extensively touring on the Put Our Trust in Suicide EP and Self Titled LP. From 2012-2015, the band went on several tours, played hundreds of shows (with the likes of Static-X, Combichrist, Wednesday 13, Twiztid, Ill Nino, Orgy, New Years Day, Jeffree Star, William Control) and put out 3 releases including the Put Our Trust in Suicide EP (Nov 2012), the self titled Davey Suicide LP (March 2013) and the World Wide Suicide LP (September 2014). Along the way, Suicide gained notable press with songs “Generation Fuck Star” and “Kids of America” by Kerrang Magazine as one of the Top 50 Rockstars in the World, Alternative Press’ 100 Bands You Need to Know, Revolver Magazine’s Ones to Watch, and numerous features in Big Cheese, Outburn, Substream,
Scuzz TV & Blank TV. In 2016, Davey Suicide’s catalogue was re-released on Itunes, and all digital outlets under AntiSystem Records umbrella. Made From Fire, the 3rd studio LP, was released independently 6 months later on March 24, 2017 and charted on Billboard. The album peaked at #3 on Top Heatseakers, #6 on Top Hard Rock, #14 on Top Independent and #76 on the Top 200. Made From Fire featured guest performances from juggalo act, Twiztid and goth rocker, William Control. Suicide exclaims, “all of this adversity tested us and forced us to learn how to survive. It could have ended us, but instead, we’ve created our most exciting collection of material to date.” Currently, the Made From Fire album cycle has come to an end and the band is beginning the roll out for their 4th full length album. The first single, “One of My Kind” landed the band a worldwide deal with EU label, Out of Line, and the new album “Rock Ain’t Dead” is set for release on December 2019. Critics rave, “Davey Suicide, incorporates the anarchistic bite of vintage Marilyn Manson with the stadium feel of Bring Me The Horizon and the anthemic melodies of Korn mixed with In This Moment.“ Davey Suicide is dark yet sexy with charisma and an unapologetic attitude leaving us all to realize: “If there’s a rock band out there the world needs to see right now, it’s Davey Suicide.“