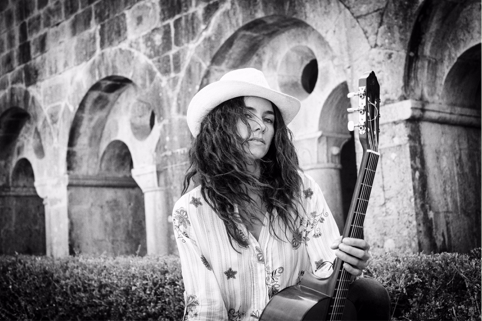 6th October 2020 0 By John Deaux
On November  20th Noush Skaugen releases her raw and powerful new album ‘Hey Sicko’, through Wildcard Records.
Facilitated by Grammy nominated producer Michael Beinhorn (Aerosmith, Hole, Soundgarden, Violent Femmes, Red Hot Chili Peppers, Social Distortion and Marilyn Manson) HEY SICKO has the essence of an old school record but with a modern twist. Recorded in Los Angeles with Nashville musicians Stanton Edward (guitar and bass) and Jon Radford (drums), the album finds Noush at her full creative tilt delivering retooled Rock.
This authentic and diverse album features 12 finely crafted songs full of rock’n’roll attitude and glamour. ‘No artistic compromises have been made, the underbelly, the beast’s vulnerability is revealed’ exclaims Noush. “I tell stories from the heart, I am a storyteller, so the foundation of my songs is always the story, I then build on that foundation through the melody and every lyric working in harmony with the story, resulting in the feeling the listener experiences subliminally to the core of their body and consciousness.’
With Hey Sicko each song stands on it’s own, each is a chapter and the record tells the story of transformation from start to finish, every instrument is live, no autotune, it’s analogue and old-school…”
“I believe the job of every human, especially artists, is to reach down to the deepest, darkest depths of our souls, go digging around in those emotional caves uninhabited for years, remove the masks, tame the ego trickster, meet and reveal our authentic selves through our unique voices.
We tell our stories through the shades we were born with, coloured by our experiences in life…then we must stand by this…NO FEAR.“
Hey Sicko is an aural treat, with no calculated image or reliance on nostalgia: instead Noush has created an atmosphere based around strong material and succeeds in immersing listeners into the
ambiance Noush and the band have made.
In essence Hey Sicko is simply a great organic rock album from start to finish that will stand the test of time. No fillers or additives.
Indulge now in the making of Hey Sicko video here: bit.ly/MakingofHEYSICKO
Hey Sicko is an unequivocal triumph.
Noush has been described as:
‘An artfully rebellious and easy-rolling warrior with an air of PJ Harvey”
Marie Claire
‘Entrancing….Skaugen has the presence and charisma of a legendary rock star, the next Alanis Morrissette’
The Unsigned Review
‘One of the top independent artists making music today, Noush Skaugen is takin’ her place among the great female artists in music history.’
Skope Magazine
To stream and pre-order Hey Sicko go to: www.NoushSkaugen.com 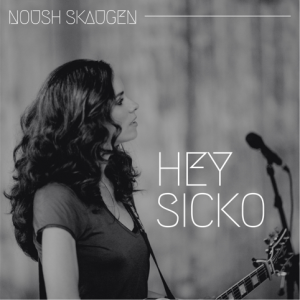