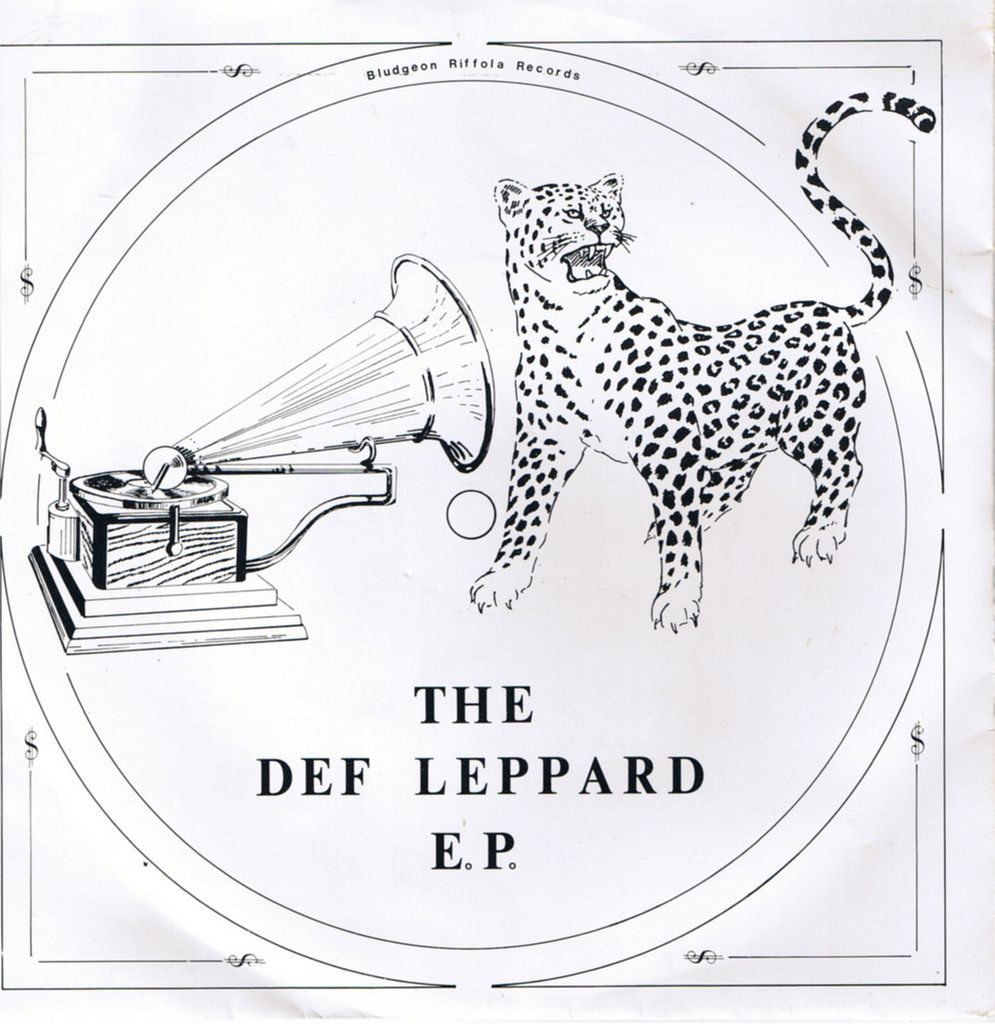 “This is the EP that shone a light on this fledgling bunch of wannabes and set us on our way to international stardom (eventually…)! Recorded at Fairview Studios, just outside Hull in North Yorkshire, a studio we were extremely happy to frequent as it had been used on numerous occasions by the late great Mick Ronson. It took 2 days to record and cost £148.50 – money borrowed from my Dad (a feat financially and time wise we would never get close to achieving again, EVER!!!!)”
– Joe Elliott, Def Leppard

UMC/Mercury are pleased to announce the release of “The Def Leppard EP” in conjunction with Record Store Day 2017. This release marks the start of a series of catalogue releases over the next few years for Def Leppard.

22nd April 2017 will see the band release their original first EP with replica art and picture cover. This is a 12” version of the EP playing at 45rpm – a one off special for Record Store day and the first time it will be available in that format. The release is fully supported by the band. Track listing is as follows:

The EP was originally recorded in November 1978 at Fairview studios in Hull and self-produced by the band. Released in January 1979 through the bands own Bludgeon Riffola label, this was the EP that launched one of the most successful and critically acclaimed rock bands of all time.

Def Leppard continues to release new music, most recently with their self titled studio album that was released to widespread critical acclaim in late 2015. The band also recently hit #1 with their live concert DVD, “And There Will BE A Next Time…Live From Detroit,” released in February 2017.

With more than 100 million albums sold worldwide and two prestigious Diamond Awards in the USA, Def Leppard – Joe Elliott (vocals), Phil Collen (guitar), Rick “Sav” Savage (bass), Vivian Campbell (guitar) and Rick Allen (drums) — continue to be one of the most important forces in rock music. Over the course of their career the band has produced a series of classic groundbreaking albums that set the bar for generations of music fans and artists alike. The group’s spectacular live shows and arsenal of hits have become synonymous with their name, leading Def Leppard to be heralded as an institution in both the music and touring industry. Most recently, the band won the fan voted Classic Rock Magazine Album of the Year award.