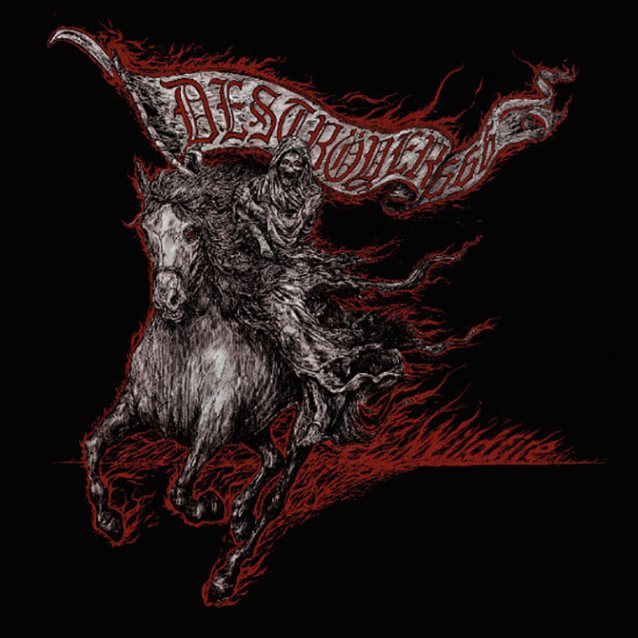 Ok I’m going to be straight up here Destroyer 666 is a party I am incredibly late for. I had seen the name floating around and never got round to checking them out and never really knew where to start so I thought this new album “Wildfire” would be as good a place as any. I’m telling you this so you know I am not a long time fan nor am I pretending to be, I’m listening to this with a clean slate.

Anyway I’ll start by saying oh my God, where have this band been all my life?! This is one of the Blackest, dirtiest, thrashiest, rawest and above all fun albums I’ve heard in ages. What I love about Destroyer 666 is they are an extreme band that unlike so many modern metal bands is that they haven’t forgotten how to be bad ass motherfuckers (for want of a more British term) they are playing heavy music but there is a swagger to the whole thing, there’s an attitude. It walks the line between Thrash and Black Metal but also you think NWOBHM like Satan or Angel Witch or even Motorhead. A track like “Live and Burn” has an instantly memorable anthemic chorus which you can just picture the crowd chanting to the band during a live show. The screeching and wonderfully atmospheric instrumental “Artiglio Del Diavlo” again its sounds vintage Black Metal yet at the same time would fit in on one of the Paul Dianno era Maiden albums. “Hounds at ya back” is a classic heavy metal track that is epic and dodges being corny. Crappy modern Power metal bands dream of writing a track this good. The guitar’s on “Hymm to Dionysus” are fantastic. The fast and furious title track is just perfect as is the Bathory-esque closer “Tamam Shud” As much as I love Black Metal for the most part it has lost any sense of irony or humor I’m sure many wish they could get away with reckless abandon Destroyer 666 have.

Above all, this is a fantastic album that transcends genres. It has that cold, dark Black Metal essence but also has that feeling you had while listening to a classic metal album from the early 80’s or late 70’s, It has the atmosphere of a live gig while listening to it, you feel the sweaty walls, the sticky floor, the warm overpriced beer in a plastic cup you’re holding onto for dear life trying not to spill while being thrown around by a crowd going berserk. The copy I’ve ordered hasn’t even arrived in the post yet and it already fells like I’ve owned this album for 10 years. So yes, I’m converted. 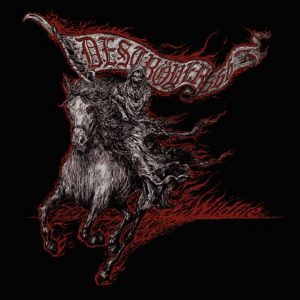