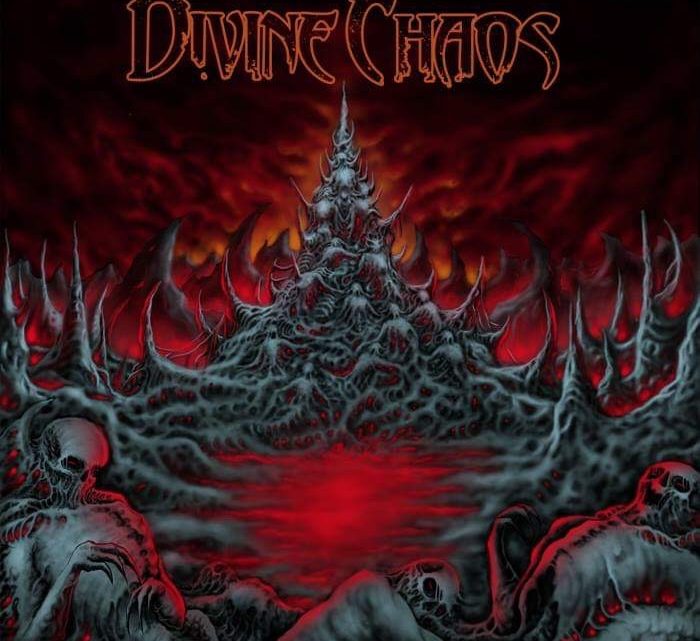 Divine Chaos have released their second single and lyric video “Upon The Shrine” from their upcoming album “The Way To Oblivion”.

Guitarist Matt Gilmour says “This single is killer and showcases some of our diverse influences. Jut’s vocals add a completely new dimension to the sound.”

The latest single delivers crushing riffs and powerful leads with a guest solo from Josh Middleton of Sylosis. It really showcases what “The Way To Oblivion” will bring on it’s release. Vocalist Jut says “We had a great time recording with Scott, and this track really took shape in the studio. We’d been playing an early version live for a while, but with Scott’s input we were able to refine it and really showcase the groove that we’re bringing on this new record. With the added bonus of Josh Middleton’s killer guest solo, Upon the Shrine is a track that we’re really proud of and can’t wait to start smashing out live in 2020.”

The second studio album will be released worldwide on 24th April with two headline  shows on the 29th May at The Unicorn in Camden and 30th May at The Anvil in Bournemouth.

The single is available to purchase through bandcamp here: https://divinechaos.bandcamp.com/

The video for “Upon The Shrine” was produced by Scott Rudd of SR Films.

The Way To Oblivion was recorded, mixed and mastered by Scott Atkins