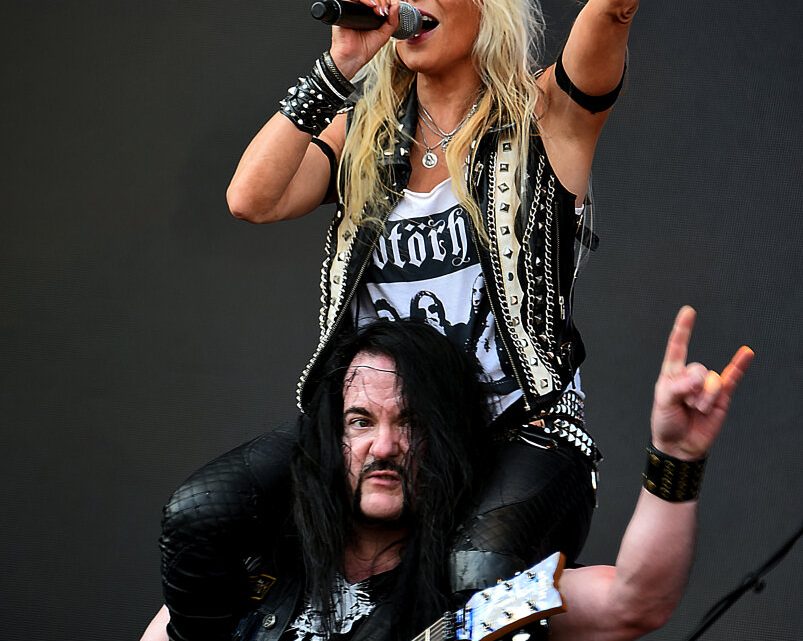 Released in 1987, Triumph And Agony  became Warlock‘s biggest selling album thus far. It went Gold in Germany, also hitting the Billboard chart too. But sadly, it also turned out to be their last. A series of line up changes left Doro as the last original member, so she then embarked on a solo career that’s still going strong to this day.

I first became aware of Doro, and Warlock, back when the album was released. I was a young teenager taping the Tommy Vance Friday Rock Show to get my weekly metal fix. On one particular show, I Rule The Ruins came blasting out of the radio. Fast forward 34 years, it’s great to be reacquainted with the song and album once again.

‎ Recorded in 2017 to mark the albums 30th anniversary, it sees‎‎ Doro‎‎ reunited with ‎‎Warlock‎‎ guitarist‎‎ Tommy Bolan. ‎‎ Over a series of European Festival shows they played the entire album, though with a rearranged running order. The live setting gives the songs a powerful new lease of life. And it must be said that while a lot of singers’ voices deteriorate over time, Doro still sounds every bit as good as she did thirty years ago.

Originally the album’s opener, All We Are moves to an epic show closer here. Doro‘s enthusiasm leads the crowd into a singalong of the anthemic chorus and is still one of the most under-rated songs of the 80s to this day. How it wasn’t a hit back then i’ll never know.

The production is the big difference between this and the original album. Whereas the studio version has the almost standard 80s metal production,  here the songs are let loose, and sound HUGE. The aforementioned I Rule The Ruins is a great example, the version here makes the album version sound timid and restricted.  Whereas the album featured a condensed clean sound, the live setting on this album provides us with a widescreen sound that hits you like a hammer.

No album from the eighties was complete without the almost obligatory power ballad, and this was no exception. But whilst most were stomach churning, fromage fests, Warlock delivered a classic. Almost entirely sung in German, Fur Immer, is epic in every sense of the word. Not Only a brave move, but also demonstrates they were true to their native roots. Thirty years on, Doro delivers vocals many singers half her age would kill to be able to give.

One thing that really stands out on this album is the fact of what a great performer Doro is. Her enthusiasm is abundantly clear from the off, cajoling a reaction from the audience throughout. It’s that conviction that makes this album sound so captivating and fresh. When first released, Touch Of Evil was a track lost in the latter half of the album. Here, it becomes a powerful opener, bringing the song to life perfectly.

Songs from a great album are taken to a higher, more powerful level still throughout. A great album is made greater. East Meets West gets a thunderous new sound, complete with singalong chorus that earworms into your brain. The glorious Metal Tango still sounds like what would happen if Abba were a metal band, albeit a heavier one nowadays.

This really is a great live album. The in your face sound makes a classic album sound fresh as a daisy. Normally when an artist decides to celebrate the anniversary of one their landmark releases, you enjoy it, but they make you yearn for the original album. Conversely here, the opposite is true. It brings the songs into the present in thunderous fashion, and makes the first release sound tame in comparison. Which is no mean feat when you remember that it was, and is, a classic album. 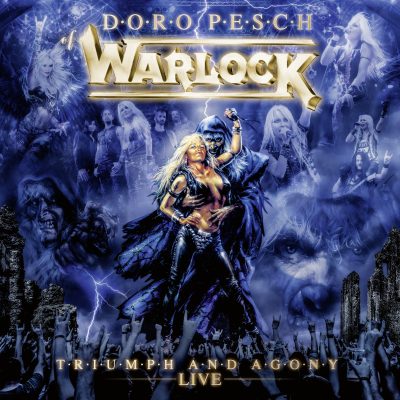 The Mentulls – Recipe For Change: A Review