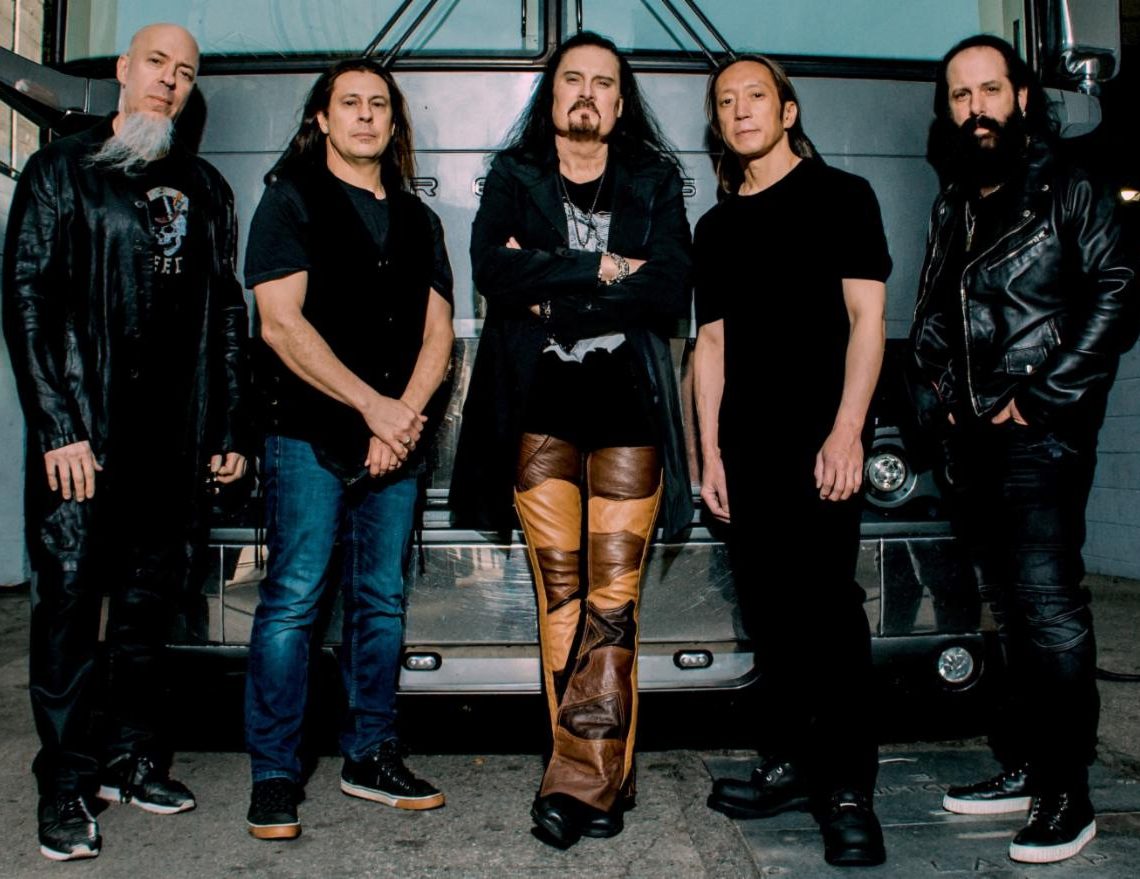 11th September 2019 0 By John Deaux
DREAM THEATER, twice Grammy-nominated and millions-selling progressive music titans, are thrilled to announce the European leg of their most recent “Evening With” touring cycle; featuring a celebration of the band’s latest record, Distance Over Time, and their acclaimed milestone achievement, Metropolis Part 2: Scenes From A Memory.
The Distance Over Time Tour – Celebrating 20 Years Of Scenes From A Memory takes place across Europe through January/February 2020. The 28-date leg will see the band traverse 16 countries, including the UK, Germany, France, Netherlands, and many more. Full dates are below and information on tickets for all upcoming shows, as well as VIP packages, can be found at http://dreamtheater.net/tour/. Tickets go on sale at 10am BST on Friday 13th September.
The initial US leg of this tour garnered both critical commendation and audience acclaim due in large part to its diverse setlist of fan favourites spanning the quintet’s venerable 30-plus year career. Featuring tracks from DREAM THEATER’s latest release, Distance Over Time (InsideOutMusic/Sony Music), and selections from their comprehensive discography along with a nightly celebration marking the 20th Anniversary of their seminal concept album Metropolis Part 2: Scenes From A Memory, the band established a precedent on this tour of a nightly not-to-be-missed standout performance. DREAM THEATER will continue that trend on the European tour, creating an evening of over 2 hours and 45 minutes of iconic DREAM THEATER at their masterful best, making this a milestone concert event that long-time fans and newcomers alike will remember for years to come.
DREAM THEATER guitarist John Petrucci comments, “The response to Distance Over Time has been overwhelmingly positive and we are really looking forward to playing some of the songs from that album live for our European audiences in an ‘Evening With’ setting along with our full headlining show production.
For those of you who were there when we premiered Scenes From A Memory live in Europe 20 years ago, this will not only be a trip down memory lane but also the chance to see it presented in a completely new light and the way it was always intended to be. Our updated presentation has all-new animated video content depicting the characters and storyline through the entire show as they’ve never been ‘scene’ before!
For those of our fans who were either not born yet, too young, or had not yet been introduced to DT 20 years ago, this will be a fresh opportunity to experience Scenes live for the first time in its entirety. We can’t wait to perform for all of you!”
See DREAM THEATER at the following dates:
Sat 11th Jan – Amsterdam, Netherlands – AFAS Live
Sun 12th Jan – Oberhausen, Germany -Turbinenhalle 1
Tue 14th Jan – Stockholm, Sweden – Cirkus
Wed 15th Jan – Stockholm, Sweden – Cirkus
Fri 17th Jan – Helsinki, Finland – Icehall
Sat 18th Jan – Oulu, Finland – Teatri Oulu
Mon 20th Jan – Trondheim, Norway – Spektrum
Tue 21st Jan – Oslo, Norway – Spektrum
Thu 23rd Jan – Hamburg, Germany – Sporthalle
Fri 24th Jan – Helsingor, Denmark – Kulturvaerftet Hal 14
Sun 26th Jan – Paris, France – Seine Musicale
Mon 27th Jan – Lyon, France – Halle Tony Garnier
Wed 29th Jan – Barcelona, Spain – St Jordi Club
Fri 31st Jan – Madrid, Spain – Wizink Center
Sat 1st Feb – Porto, Portugal – Gondomar Pavilion
Sun 2nd Feb – Lisbon, Portugal – Campo Pequeno
Wed 5th Feb – Ludwigsburg, Germany – MHP Arena
Thu 6th Feb – Frankfurt, Germany – Jahrhunderthalle
Sat 8th Feb – Budapest, Hungary – Arena
Sun 9th Feb – Munich, Germany – Zenith
Tue 11th Feb – Rome, Italy – Palazzo dello Sport
Wed 12th Feb – Milan, Italy – Mediolanum Forum
Fri 14th Feb – Zurich, Switzerland – Samsung Hall
Sat 15th Feb – Prague, Czech Republic – Tipsport Arena
Sun 16th Feb – Wroclaw, Poland – Orbita Hall
Tue 18th Feb – Hannover, Germany – Swizz Life
Fri 21st Feb – London, England – Eventim Apollo
Sun 23rd Feb – Glasgow, Scotland – SEC Armadillo
DREAM THEATER also recently shared the official video animation for the song ‘Barstool Warrior’, taken from Distance Over Time, which is fast becoming a live show favourite. Petrucci elaborates, “’Barstool Warrior’ is a fictional tale about two characters, unrelated but connected in their lament over being stuck in dead end situations. The first is a local townie, alcoholic who never escaped the humdrum of his sleepy, maritime village. The second, a woman trapped in an abusive relationship trying to survive from day to day while questioning what makes her stay. Both are able to reimagine their lives and find the courage to embrace a better future by embodying the person they dream of being.”
On their 14th full-length and first release for InsideOutMusic/Sony Music, Distance Over Time, the band recharge the brotherhood that has kept them creating music together for over 30 years. It’s DREAM THEATER at their most dynamic, direct, and definitive. After landing the #1 spot on the iTunes Top Album Chart the day it was released, the LP has gone on to be an instant classic among fans and critics alike. The album debuted at #12 in the UK album chart, and in the USA entered at #5 in the Top Current Album Chart, and #24 on the Billboard 200. The band also garnered over 10 million total streams for Distance Over Time through release week, a career high for the band in the streaming age.
The latest addition to DREAM THEATER’s impressive catalogue is available now, in various configurations including a new deluxe version featuring a Blu-Ray disc containing official animation videos for every song on the album, at:
https://dream-theater.lnk.to/DistanceOverTime.