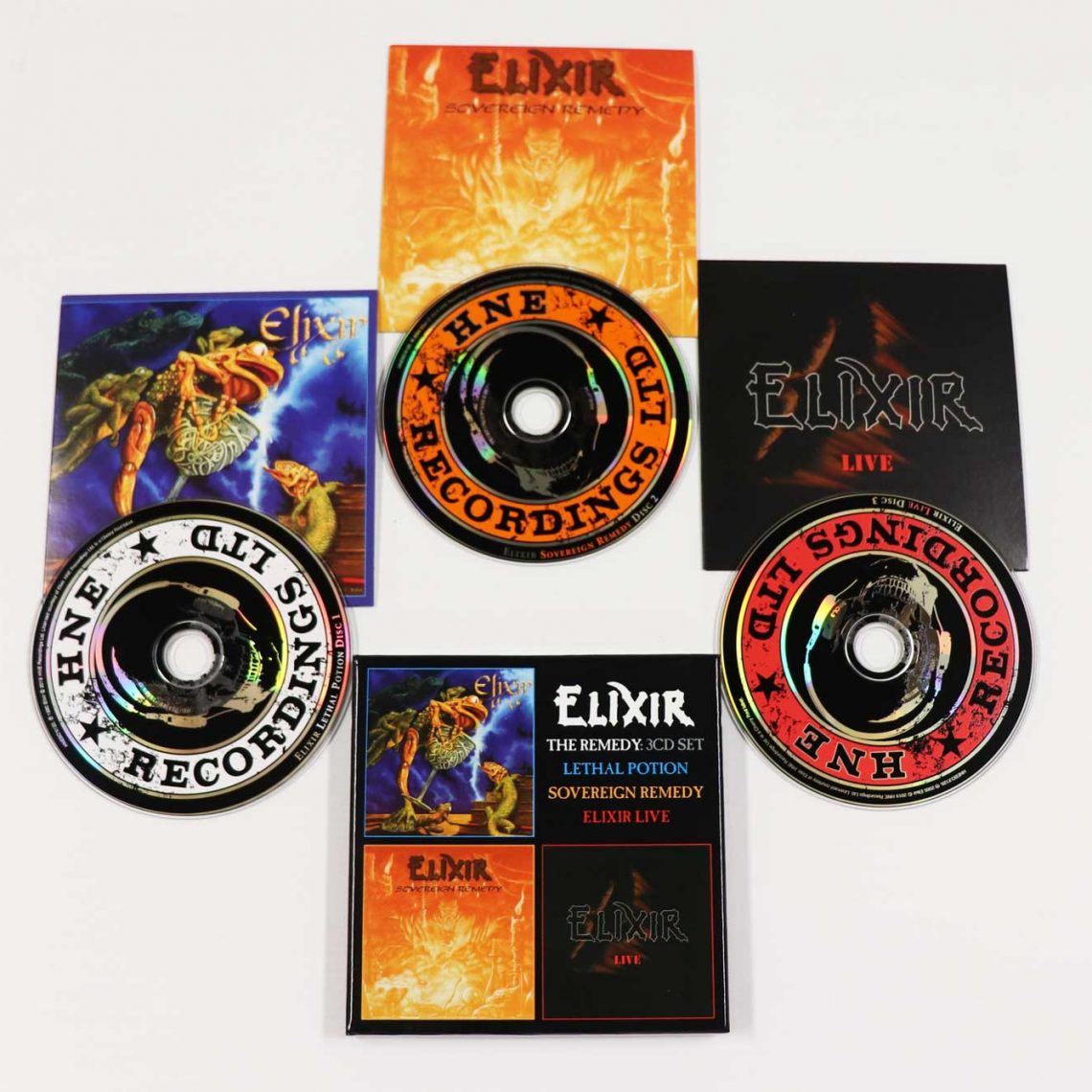 Elixir are probably better know for featuring Clive Burr (of Iron Maiden fame) as their drummer for a little while. However even without that connection. Elixir produced some of the finest NWOBHM albums. To prove that point HNE Recordings are releasing a 3CD box with a trilogy of their finest works.

Lethal Potion from 1990 still sounds as fresh as a daisy. The track Sovereign Remedy is a prime example of this. Clive Burrs drumming coupled with the melodic lead guitars and Paul Taylors vocal are HUGE sounding.

The 2004 album Sovereign Remedy (originally recorded in 1988)is a bit of an oddity in that it contains alternative versions of previously recorded Lethal Potion tracks. Lethal Potion itself sounds so much better than this ‘bootleg’ looking album. Although this isn’t a bootleg, sounds like demos and shockingly bad ones.

The 3rd and final disc is Elix Live is exactly what it says. This is a band that are very comfortable and tighter than a mouses ear. This captures the band perfectly in a live situation and is well worth the price of the box on its own.

All in all this isn’t a fair representation of the band but it’s a good one. Especially if you’re just discovering this band purely based on the Iron Maiden connection. Lethal Potion is quite simply a brilliant studio album. 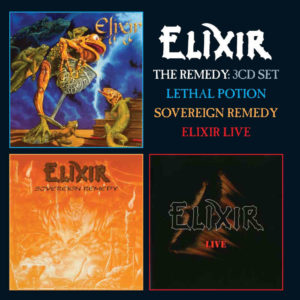