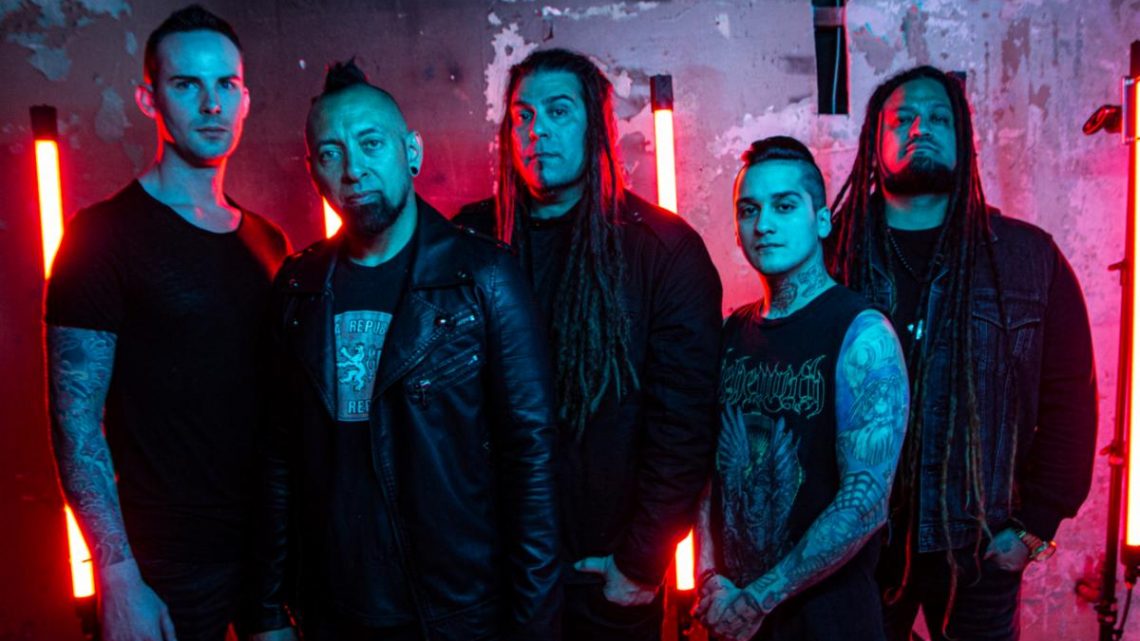 Ex-Il Niño Bandmates Regroup As Lions At The Gate; Release Debut Single “Not Even Human”

Cristian Machado (vocals), Ahrue Luster (guitar) and Diego Verduzco (guitar) have today announced that they have joined musical forces once again to launch brand new project Lions At The Gate along with bassist Stephen Brewer and drummer Fern Lemus. The band have dropped their debut single “Not Even Human” today along with an official music video. Find the track on streaming platforms here

Speaking on the band’s debut release, frontman Cristian Machado says
“I feel so blessed to be in Lions at the Gate. We’ve all been making albums for a long time but I think it was time for us to make something special and memorable again. This album is exactly that.
Take away our musical history, take away our long hair, take away our personal feelings, just make believe we were never there. This Lions at the Gate album is amazing. We finally made a modern metal album that metalheads will enjoy beginning to end. It’s deep, it’s memorable, I can’t wait for everyone to hear it, I can’t wait for everyone to hear the featured female artist on one of the songs!”
Guitarist, Diego Verduzco adds
“I’m beyond proud and excited to announce our new band Lions At The Gate. Life is all about change and I feel that this music is the most dynamic and honest that we’ve ever written. I feel a sense of freedom and am completely reinvigorated and even anxious (in a good way) to be a part of something that pulls influence from so many directions . Each member brings a unique set of talent and tools. It’s quite frankly some of the best music we’ve ever written.  Organic, honest, and true.“
Guitarist, Ahrue Luster adds
“I’m more excited about Lions at the Gate than anything that I’ve been a part of since I started my musical career.”

Los Angeles, California based band Lions At The Gate, featuring ex-members of Machine Head, Ill Niño, Westfield Massacre, and Silence The Messenger, proves that new horizons can always be climbed.
The band formed in late 2019, with a new lease on creativity and determination. Lions At The Gate is led by acclaimed vocalist Cristian Machado, guitarists Diego Verduzco and Ahrue Luster, bassist Stephen Brewer, and drummer Fernando Lemus.
Moving on from prior projects, the band’s musical foundation quickly began to form its own identity while expanding upon familiar territory. Having quickly attracted the ear of producer Kile Odell (Fozzy, Motionless In White, Cane Hill, Shaman’s Harvest, Through Fire) the band began recording their monster debut album summer of 2020.
Expect more from Lions At The Gate soon.
Find Lions At The Gate Online
LATGofficial.com