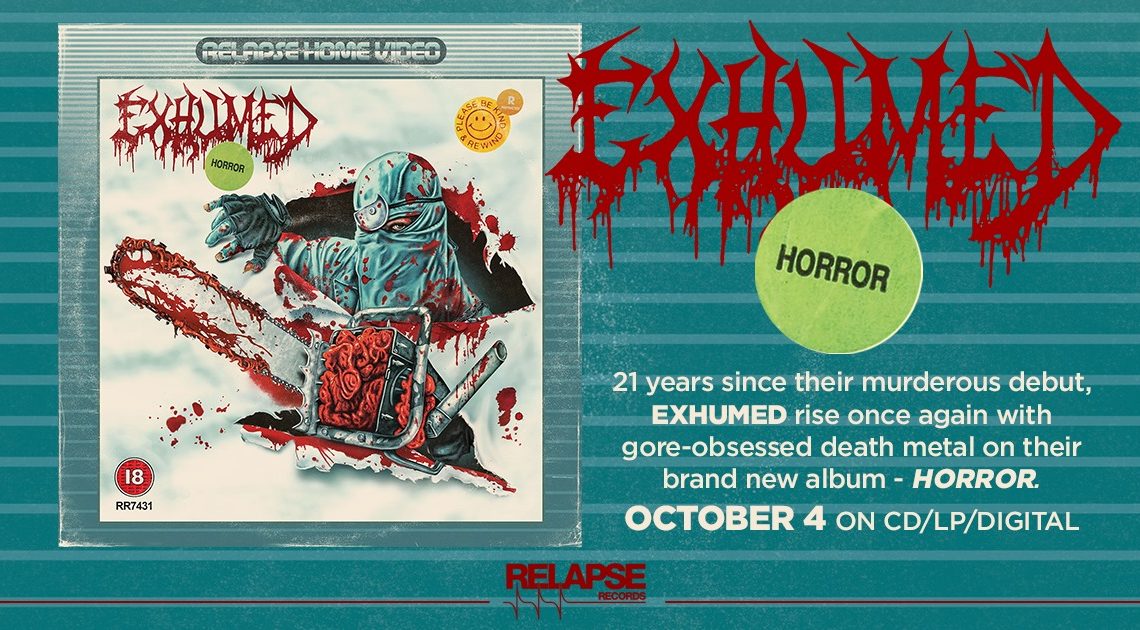 Gore Metal titans EXHUMED are back with their 9th release ‘Horror’ unleashed upon the masses by Relapse Records on 4th October 2019. With this bloody slab of meat hook sodomizing riffs, face pulverizing blast-beats, bowel exploding bass rumbles and broken glass gargled vocals what isn’t to like about this release? ‘Horror’ is 15 tracks of unrelenting and enjoyable deathgrind metal, that comes and defiles you in less than 30 minutes and leaves you gagging and begging for more! The way it should be!

‘Horror’ hearkens back to EXHUMED roots and is more influenced by earlier releases such as ‘Gore Metal’ and ‘Slaughtercult’, however with age they have redefined their blood soak brutality and add more technicality and even melodic passages without relenting on the blunt force trauma to your cranium. The riffs are memorable and get under your skin, like the maggots feeding on you corpse buried in the shallow grave. The other bonus in EXHUMED arsenal is the vocals, the dual attack from the vocalists complement each other. Although they are harsh, they are still tangible and let you know of the oncoming onslaught, whether it’s the low guttural growls or the blood gurgling screams and maniacal snarls telling of the impending doom!

‘Horror’ all the while is here to unleash a demented unhinge violent attack on the senses, they still manage to bolster this assault with infectious neck breaking groove laden limb hacking riffs. Such as cuts like “The Red Death” and “Playing With Fear” that have a demented groove infused into the deathgrind assault. Some might argue that this is a step back from the more “melodic” deathgrind approach showcased on previous albums, however its still a riotous bloody fun release and will easily be lapped up by the gore hounds and death metal enthusiasts as EXHUMED just don’t disappoint. 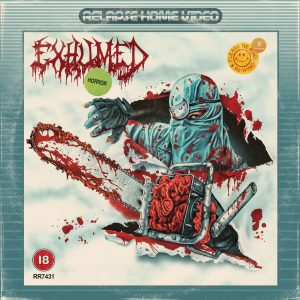