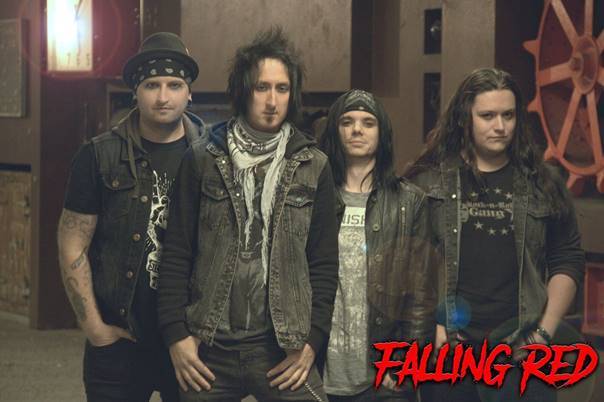 Falling Red premiere new video for their single ‘My Town My City’. The track is from their exciting new album ‘Lost Souls’, due for release on 16th March, 2018.

Vocalist and lead guitarist Andrew Roze comments “This song is very much not the norm for us when it comes to writing Falling Red songs but when we sat down to start writing for the Lost Souls album, we took a different approach to normal. Usually once a couple of songs are written, we write to a theme or idea but this time we just sat down and wrote songs we love playing. “

Its always home to me except Mikey, he’s from Edinburgh but now lives in Carlisle so he is an honorary Cumbrian. All our footage was filmed in Carlisle, Penrith and Ullswater, Cumbria. Due to the theme of the song we asked fans and friends from around the world to be part of it and submit videos to go in to the video, which they gladly did for us”

Taking ‘Lost Souls’ out on the road, The band will be launching their new material and consolidating their reputation for exciting live performance.