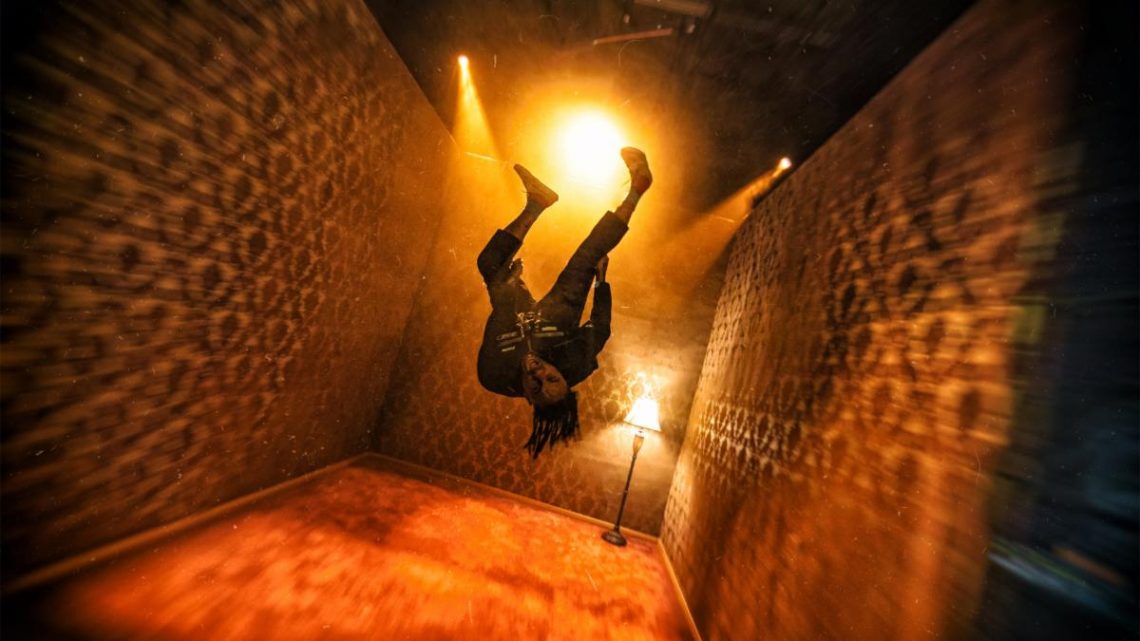 22nd January 2021 0 By John Deaux
GRAMMY® Award-nominated musical activists FEVER 333 have shared an official music video for ‘WRONG GENERATION,’ the title track of their acclaimed, recently released EP.  The video, which was directed by Djay Brawner, sees Travis Barker joining in on drums and is streaming now on the band’s official YouTube channel.
FEVER 333 vocalist Jason Aalon Butler spoke about the clip, telling Revolver, “We were hoping to make a video that offered a similar energy and excitement to the live element of this FEVER 333 project. I also wanted to give a nod to ‘Song 2’, one of the coolest music videos ever made. Put these vibes together and we ended up with this.”
FEVER 333 unleashed the WRONG GENERATION EP this past October via Roadrunner Records / 333 WRECKORDS CREW.  Available on all streaming platforms, the eight-song barrage finds FEVER 333 ferociously tearing through hip-hop, hardcore, and alternative sounds. Highlights include the lead single ‘BITE BACK,’ the title track ‘WRONG GENERATION,’ which flips a sample of Travis Barker’s ‘Carry It [feat. RZA, Raekwon, & Tom Morello]’, augmenting it with ballistic bars and an off-kilter screams, as well as ‘FOR THE RECORD,’ where the band enlist a cameo from Walter Delgado of Rotting Out for the searing cut.
Following the tragic murder of George Floyd, Butler spent 13 days in the streets as he marched on the frontlines of rebellion in Los Angeles.  On the 14th day, he came home and wrote what would become WRONG GENERATION.  Speaking about the EP, Butler elaborated, “This project is art as activism first. I’m talking about what’s happening and what needs to happen. I hope you understand there’s going to be pain in progress. After dismantling and deconstructing all of these things, we can find a beautiful place to be together.  For me, this whole EP is that 13 days, after 34 years. You fucked with the WRONG GENERATION.”
To mark the release of WRONG GENERATON, FEVER 333 launched their first-ever global livestream tour, a series of six consecutive ticketed online performances broadcasted live in market specific time zones and designed by the group to give their fans in each time zone their own dedicated fan experience.  WORLDWIDE D333MONSTRATIONS FOR THE WRONG GENERATION pushed the boundaries of livestream experiences with innovations in audio and visual technology and followed the band’s groundbreaking LONG LIVE THE INNOCENT livestream, which drew in over 300,000 views for the one-night-only full production livestream performance.  Conceived in solidarity with the communities across the country protesting for justice, FEVER 333 donated all proceeds from the performance to  the Minnesota Freedom Fund and Black Lives Matter, initiatives aimed at advancing the liberation and well-being of Black and Brown communities through mass-mobilization and the creation of new systems that elevate the next generation of change leaders.  Last year, FEVER 333 took the world by storm with their global headline D333MONSTRATIONS tour. Alongside sold-out demonstrations, FEVER 333 ignited festival stages across the world at Lollapalooza South America, AfroPunk, Reading, Download UK, Download AU, Park Live Moscow, and Japan’s Fuji Rock Festival.
FEVER 333
WRONG GENERATION