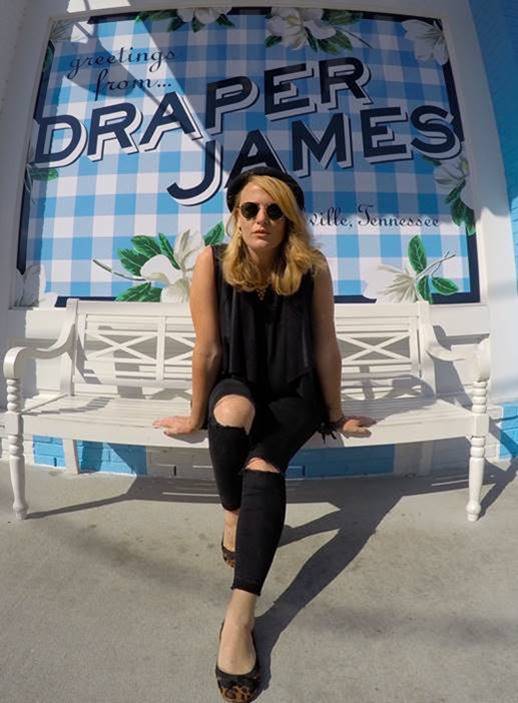 Small music venues have been closing down across the UK. According to Music Venue Trust, around a third of the nation’s small gig spaces have closed in the past decade. It’s a blight that leaves music fans poorer and denies artistes prized opportunities to hone their craft and play intimate live gigs. Such closures also diminish local communities and arts scenes.

Thankfully, indie venues, artists and music fans are all fighting the trend. Rising Blues and Country star Elles Bailey is determined to fight the good fight for grass roots, live music, so she’s releasing a free live 4-track EP in support of the Little Rabbit Barn venue, in Ardleigh on the Essex/Suffolk border, asking only for donations to support the venue and its grass roots cause.

Started in 2011, Little Rabbit Barn runs house concerts: an independent live music model that’s become familiar to American audiences, which is becoming increasingly popular here in the UK. Although a house concert is a private gig, for which the audience are sent personal invitations, it’s open to all music fans. The model is non-profit-making, funded by guest donations and host’s subsidy.

Elles Bailey has played Little Rabbit Barn and speaks highly of it: “It’s tough out there on the road, but the hospitality that we received when we arrived at Little Rabbit Barn was some of the best we have ever had in the UK. We had covered well over 2000 miles in 8 days and as you can imagine, were rather travel-worn, but the show was a little haven of refuge for us! We even got to have a post-show cuddle with a rabbit! What more could you want?”

Jonathan Rabett of LRB responds, “It was a privilege for us at Little Rabbit Barn to host Elles at our end of year show and to record Elles Bailey and her band towards the end of their extensive Wildfire UK & European tour, 2017. They delivered a stunning performance without overpowering the intimacy of the space. A performance that is now etched into the very fabric of the Barn. I know you will enjoy listening to this recording which has been authentically mixed by Jay Stapley and closely overseen by Elles.

“What Jonathan, Lyn, Terry and the team at LRB have built is such a beautiful thing,” adds Elles, “It’s a testimony to their hard work and love of live music. I’m so happy to share these live tracks, and to give back in the small way I can to this amazing live music venue!” 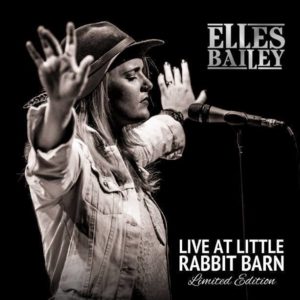 You can download the EP and make a donation HERE 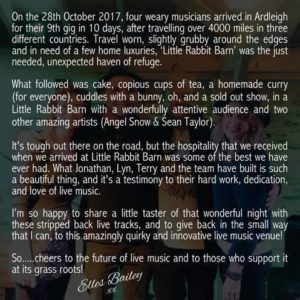