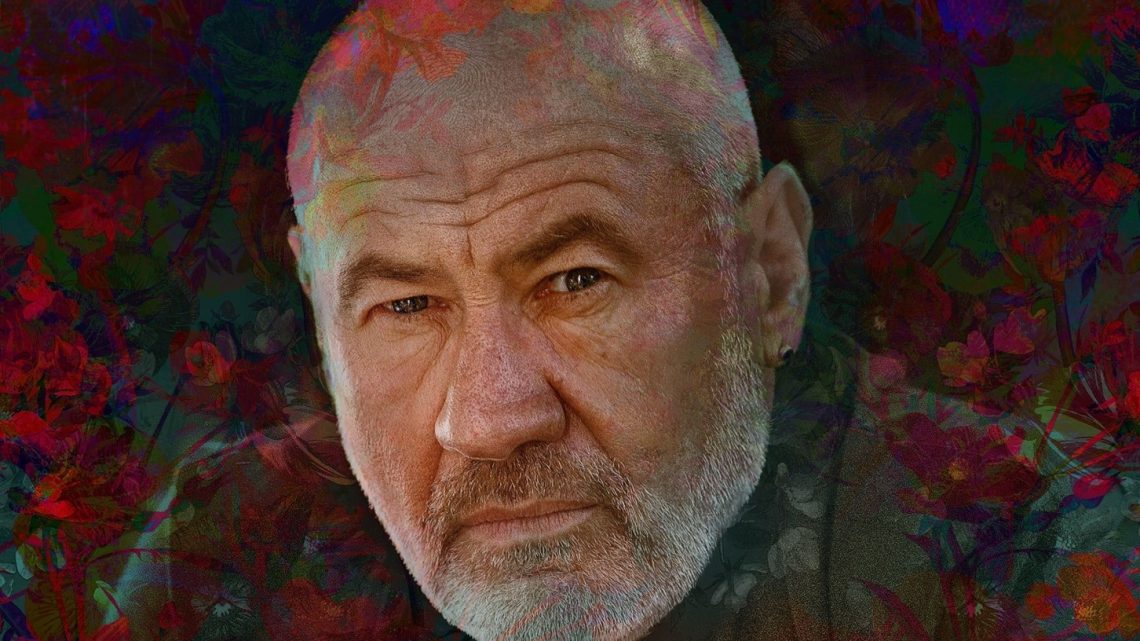 Following the stunning success of his final 2020 studio album Weltschmerz, FISH is thrilled to announce a very special UK concert with the last ever full and final performance of his iconic 1990 debut solo album Vigil In A Wilderness Of Mirrors, performed and recorded live in front of a limited audience at one of his all time, career favourite venues, The Assembly Rooms at Royal Leamington Spa, November 24th 2021.

This unique concert will be recorded and post-produced as a full multi-camera video shoot for a one-time only global broadcast on December 17th 2021. Tickets for the November 24th Leamington live show itself are available now, and it is possible to purchase a bundle option for the live show and broadcast here. The individual tickets for the global broadcast concert will then go on sale on Friday August 27th, 4pm UK time, launching on Fish’s website – www.fishmusic.scot

Fish will announce further details of how fans can purchase access to the global broadcast as part of this week’s Fish On Friday show, at 5pm on Facebook here

Having had to reluctantly cancel his 56 date ‘Vigil & Weltschmerz’ European tour due to the ongoing COVID pandemic, this special concert offers his European and global fanbase the opportunity to experience not only the final ever performance of Vigil In A Wilderness Of Mirrors but to also give fans their first ever chance to hear material performed live from his recent and highly acclaimed final studio album, Weltschmerz, featuring hits such as Garden Of Remembrance and Planet Rock radio’s 2020 single of the year, Man With A Stick.

At over two hours and thirty minutes, this spectacular once only global concert broadcast will also include a special ‘extras’ bundle offering fans the chance to view exclusive backstage footage content, soundcheck highlights, behind the scenes interviews, a gear ‘walk through’ from the band members and an exclusive piece of collectible artwork from long-time collaborator and acclaimed designer Mark Wilkinson.

Fish, as ever, is going the extra mile to give his fans something special to help them enjoy and cherish this remarkable Vigil’s End. The production value of the soon to be announced global broadcast is second to none and will be a truly spectacular event bringing a fitting sense of closure to this chapter of Fish’s illustrious musical career.

All fans who purchase a ticket to the Leamington Spa live show will also receive a special code to access the extra bundle offering on the night of the concert broadcast.

Says Fish “Losing all the European shows yet again to the pandemic was a huge blow, especially when I was so excited about taking both the full ‘Vigil’ album out on the road together with ‘Weltschmerz’ after its astounding reception from fans and media alike. It was going to be the end of an era and a celebration of two hugely important albums in my career. My farewell tour was originally planned to begin at the end of 2021 after I had taken ‘Vigil’ and Weltschmerz’ out but all the timings became derailed and I had to make a tough decision to curtail the tour and move my farewell tour to at least the end of 2022.

I was fully aware of the massive disappointment especially from my European fans which is why I decided to set up a global broadcast of a recorded show to at least provide some compensation for missing out on this historical career event. Playing ‘Vigil’, my first solo album from 1990 in its entirety together, with tracks from ‘Weltschmerz’ my final album from 2020 provides a spiritual bookend of sorts and sets me up for the Farewell tour starting late next year. It’s a beautiful piece of synchronicity if I do say so myself and the show at Leamington Assembly Rooms is the perfect way to say farewell to this particular era.”

The Leamington Assembly Rooms hold a special place in Fish and his fans’ affections as it has been the memorable scene of international fan club conventions in the past.

“It made complete sense to revisit the venue and create an intimate yet electric environment to film and record the event for future broadcast as an unique experience. I know the fans who attend will lift us to a place that will be captured on camera for the viewers across the world,” continues Fish. “And in some way this will satisfy the international demand that has been out there since the release of ‘Weltschmerz’ in October 2020. Broadcast just ahead of Christmas, it will be a celebration indeed!”

Fish’s final 2020 studio album, Weltschmerz, has received stunning global reviews as a very special career-high for FISH. The success of that album follows on from his decision to upload his entire catalogue of 14 solo albums (via 7Hz Productions) onto all digital platforms in June 2018, going from a standing start to over 20 million streams in just three years. Whilst Weltschmerz is definitively his last ever studio album, Fish will continue to pursue new creative avenues including screen-writing and his ever-growing horticultural activities.

For those fans that have been immersed in the lyrical and muse of Fish for the last three decades, the Vigil’s End concert and broadcast represents a very special celebration to mark the final full performance of Vigil In A Wilderness Of Mirrors, including tracks such as the emotional and endearing A Gentleman’s Excuse Me, the way-ahead-of-its-time social commentary on family abuse in the hard hitting Family Business and fan classics such as State Of Mind and The Company. It almost doesn’t bear thinking that the full album might never ever be performed live again. Grab the moment if you can. Cherish it and hold the memory.

The Royal Leamington Spa show will now be added as the final date to the remaining UK shows from the original Vigil and Weltschmerz tour as follows:

*Moved from Bristol SWX due to fire damage at the venue, tickets from Bristol are valid and are now on sale at Frome.

The concert and broadcast will be promoted by leading music concert promoter FKP Scorpio UK Ltd in association with Chocolate Frog Records and Fishy Music.