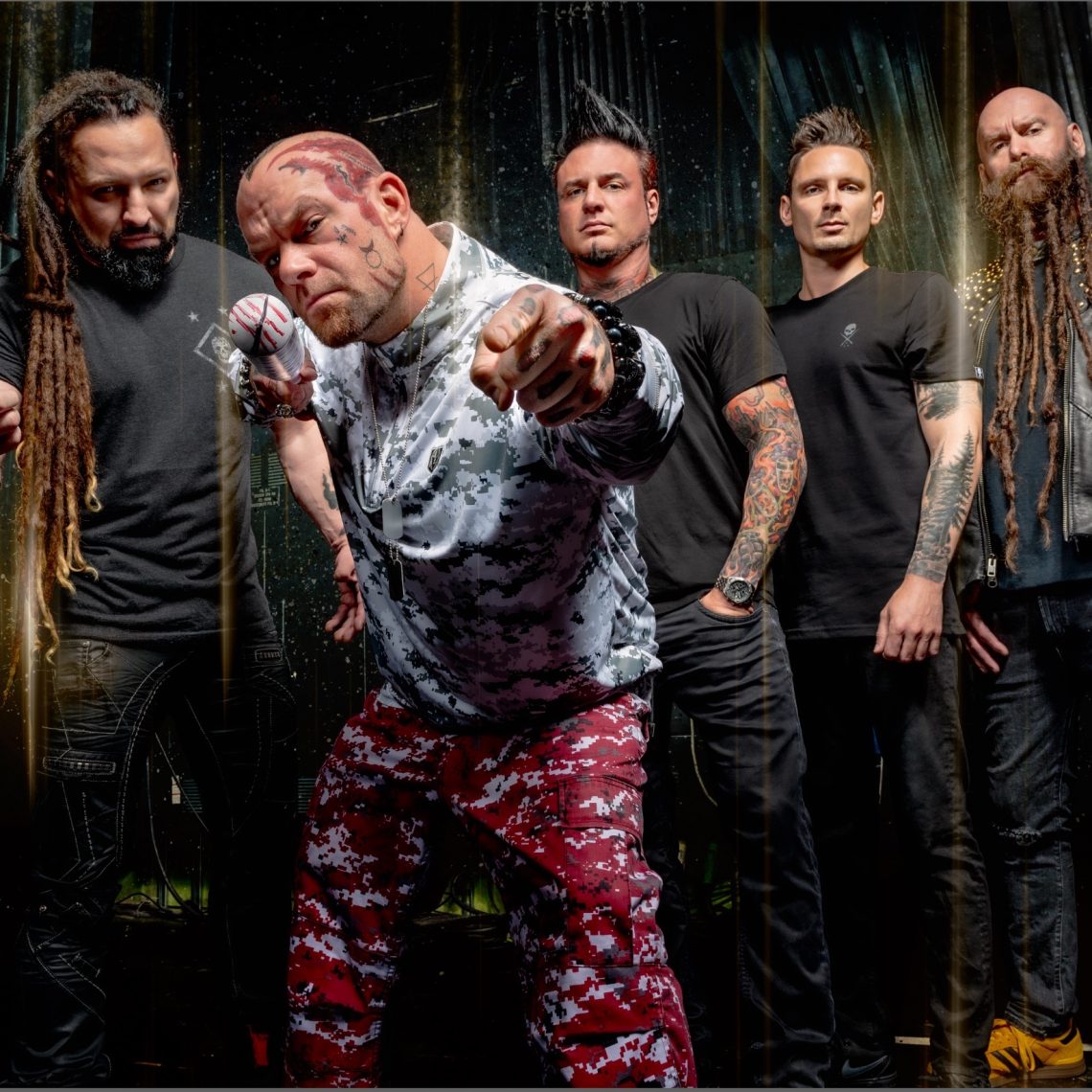 (Los Angeles, CA, February 7, 2020) – Record-breaking rock juggernaut FIVE FINGER DEATH PUNCH are gearing up for the release of their highly anticipated 8th studio album, F8. Continuing their musical dominance in the rock space, the band has scored their 9th consecutive #1 single with their latest hit, “Inside Out.” The song shot to the top of the charts just 9 weeks after its release before claiming the top spot this week, giving the band another milestone in their already illustrious career.

To celebrate the release of their upcoming albumF8, FIVE FINGER DEATH PUNCH are releasing an engaging lyric video for the third track, “Living The Dream”. The new song comes on the heels of their current #1 single “Inside Out” and instant grat track “Full Circle”. The 2 previously released tracks have garnered over 18 million combined plays online in less than 6 weeks.

Fans who pre-order the album digitally will receive an instant download of “Living The Dream,” “Full Circle” and “Inside Out.”

FIVE FINGER DEATH PUNCH have amassed over 3 billion streams to date, over 2 billion video views and are the 3rd biggest artist in the hard rock space measured by total consumption (digital sales added to digital streams converted to sales) – surpassed only by Metallica and AC/DC. Building upon the already impressive achievements of 4 Platinum and 6 Gold records, the band will release their new album F8 in the following formats: CD, digital download, mastered for iTunes download, double gatefold vinyl and picture disc vinyl. F8 is available for pre-order now, as well as special band-curated F8 merchandise bundles of albums with exclusive t-shirts, hoodies and more.

FIVE FINGER DEATH PUNCH are currently on their sold out European Arena Tour with special guests Megadethand Bad Wolves.  The band will kick off their U.S Arena tour in April 2020 and will feature special guests Papa Roach, I Prevail, as well as highly acclaimed new comer Ice Nine Kills. For all dates, VIP and more info, please visit www.fivefingerdeathpunch.com.

FIVE FINGER DEATH PUNCH has become one of the most recognizable names in music. They frequently play all major festivals and sell out arenas around the world. Every record since the release of their 2007 debut album The Way of the Fist, has been certified Gold or Platinum by the RIAA.

The band has earned numerous awards and honors and is one of the few recipients of the prestigious Soldier Appreciation Award from the Association Of The United States Army. Recently, Five Finger Death Punch was nominated for Best Rock Song and Best Rock Artist at this years iHeartRadio Music Awards.

In 2019, the band collaborated with Brantley Gilbert, Brian May and Kenny Wayne Shepherd to release their version of the latter’s hit “Blue On Black,” now one of the Top 10-Selling Rock Songs of 2019, with proceeds from the track being donated to the Gary Sinise Foundation. Their eighth full length album, F8 will be released globally via Better Noise Music on February 28th, 2020 and will undoubtedly raise the bar again.


Text “5FDP“ to 888 295 5337 (U.S. only) or sign up for the email list at Fivefingerdeathpunch.comto receive breaking FIVE FINGER DEATH PUNCHnews!