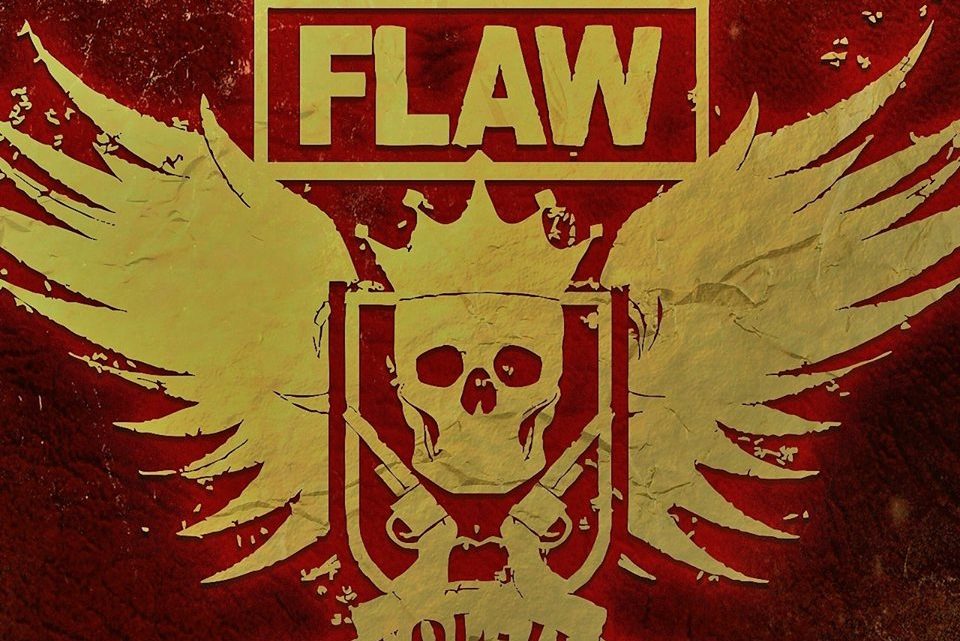 FLAW Set to Release New Album ‘VOL IV: Because of the Brave’ 7/19

Louisville’s FLAW has been a mainstay in the hard rock/metal scene for over twenty years. With Chris Volz at the helm, the band has been touring the country nonstop. FLAW’s latest release, VOL IV: Because of the Brave, hits hard with a heavy sound apt for headbanging. Amid the rocking hooks, the band offers songs with a mixture of personal, patriotic, and heartfelt lyrics. The new album drops on July 19, 2019, via Pavement Entertainment.

FLAW’s story began with the independent release of home-grown albums American Arrogance (1996), Flaw (1998) and Drama (2000).  It was the songs on these recordings that garnered the attention of Universal Republic Records, who signed the band and released the break-through Through the Eyes in 2001. The album topped the Billboard Heatseekers chart, largely fueled by the singles “Payback” and “Whole.”

The band then followed-up with an album entitled Endangered Species via Republic in 2004, but soon thereafter the band went through personnel changes and ended their relationship with the label.  Volz stayed creative, releasing a critically acclaimed solo record, and also touring aggressively with the band Five.Bolt.Main.  The band’s tumultuous relationship with themselves, and their label, were reflected in their songs.

It was the life and energy captured in these songs that propelled the band forward.  It was always FLAW fans’ connection to their songs that carried the band on.  “We would not be where we are today without our hardcore fans,” says Volz.  “The Flaw Family is the backbone of everything we do.”

FLAW signed with Pavement Entertainment in 2015. With a new label and fresh outlook, they were ready to make music again. The following year, they released their next full-length studio album, Divided We Fall, and the EP, United We Stand, in 2017. After actively touring the US and making an apperance on The Late Show with Stephen Colbert with their single “Conquer This Climb,” FLAW is ready for the world to hear VOL IV: Because of the Brave.

CategoryNews
Tagsalternative Because Of The Brave Flaw Metal Nu-Metal Saliva