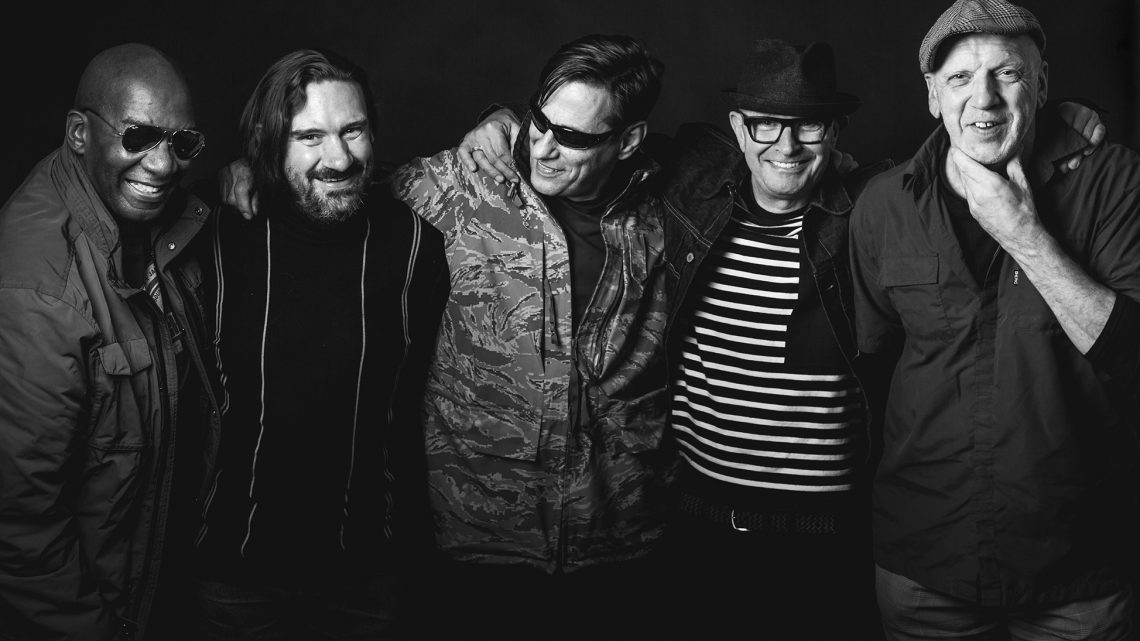 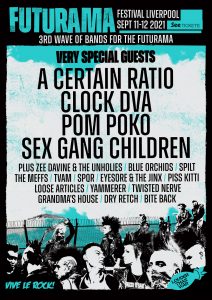 Futurama, the legendary post-punk and electronic music festival, is back after 40 years! Taking place in Liverpool over two days, 11th and 12th September, the festival is thrilled to be able to announce a further wave of electrifying bands confirmed to perform.

Among those are Manchester post-punk legends A Certain Ratio, who played the first Futurama in Leeds in 1979 and are confirmed to play the main stage this year on the Saturday. A hugely influential band who’s funked up post punk has mesmerized people for over 40 years, the line-up still revolves around the three core members Martin Moscrop, Donald Johnson and Kez Kerr and they are currently enjoying a renaissance with their Loco album on Mute Records.

They are also joined by Clock DVA, the electronic pioneers formed by Adi Newton. Clock DVA were one of the big three Sheffield electronic bands along with Human League and Cabaret Voltaire that influenced generations of bands that came afterwards, so Futurama are delighted to have such a trailblazing band play. Clock DVA played the second Futurama Festival in 1980 and they headline the Substation on the Sunday.

Another very special guest are Sex Gang Children. One of the most important positive punk and goth bands whose career has stretched over four decades. They’re back with a new album ‘Oligarch’ and they will be re-entering the abyss when they headline the Planet X stage on the 12th September. They played Futurama 4 in Deeside 1983

The Blue Orchids also join the bull on the Sunday. Christened by John Cooper Clarke, The Blue Orchids were formed in 1979 when Martin Bramah left The Fall. They have a new album out on May 25th, 2021 and are about to support The Nightingales on their up-and-coming dates.

Spear of Destiny have replaced Kirk Brandon’s other band Theatre of Hate. This is due to Kirk’s hectic touring schedule which meant Theatre of Hate were fine for April 2021 but not for September. Spear of Destiny were already booked in to play the postponed ‘World Service Tour’ celebrating 35 years since the release of their most successful album.

Pom Poko, Norway’s fast rising sugar-coated noise makers also join the bill where they’ll be joined by the likes of TVAM, Joe Oxby’s cut up electronics, the striking talent of Julia Bardo, the excitement of Loose Articles from Manchester, the gothic rock of Twisted Nerve and two of the UK’s best new punk bands Grandma’s House & The Meffs.

Many of Liverpool’s newest noiseniks and far from angelic upstarts play as well, including Zee Davine’s latest project, Zee Davine & The Unholies, SPQR, Eyesore and the Jinx, Piss Kitti, Spilt, Yammerer, Bite Back and Dry Retch.

FUTURAMA FULL LINE UP IS AS FOLLOWS WITH MORE TO BE ADDED:

Saturday and Sunday day tickets now available at £45 per day +bf! Weekend tickets still available £80 +bf for the weekend and there is a new deposit scheme that starts this week of 4 monthly instalments available HERE:

For more info head to: futuramafestival.com