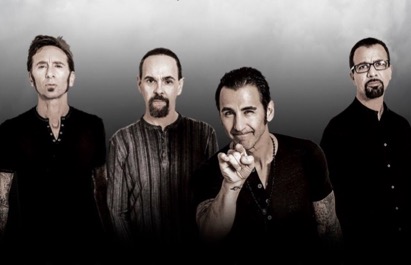 It has been four miserable years without the Lawrence boys in our lives, well I say four years, Sully Erna has produced a solo album in that time which was damned good, but still, not the point. Godsmack has been on a little hiatus from the studio until now; this hiatus makes sense on the grand scheme of things, having left Universal/Republic in 2016, Godsmack signed with BMG Rights Management to produce their latest and seventh studio album. When Legends Rise also marks another major event for Godsmack as this is the 20thanniversary of the bands birth and what a 20 year run they have had. Let’s start with the Self-titled album, hitting number 1 in the billing charts and winners of many awards. Then Awake comes along and bang, another number 1 slot, up comes Faceless and three times in a row, top slot; we can’t forget that famous theme song from The Scorpion King ‘I Stand Alone’ winning awards left right and centre as well. Since then however it’s not been quite so rosy, and yet IV, The Oracle and 1000hp hit top 10 slots in their own rights as well as the hearts and minds of fans all over the globe. Well it’s time for When Legends Rise to rise up and be counted, so let’s just see what this landmark album has to offer us.

From the driving range, ‘When Legends Rise’ hits hard as it smacks into you like a freight train; the rhythmic tribal beats of the percussions sinks its teeth in before it lets rip with some lethal chords that bludgeons you in the face with a sledgehammer. This is something Godsmack do on a regular basis, create blistering songs that can be picked out of a perp line-up with ease and placed in a film, a bit like the blistering ‘I Stand Alone’ from Facelessfor Scorpion King, When Legends Rise wouldn’t go amiss in a high fantasy or Marvel/DC hero film. Things don’t just stop there either, as the enigmatic first single ‘Bulletproof’ proves just how good Sully’s lyrics and song writing is; the heavy riffs smacks you with influences from Black Sabbath and the addictive melodies of Metallica’s Black Album era and the modern twists of Alter Bridge’s melding of all worlds of Hard Rock and metal. The anger and resentment that ends with a chorus of defiance strikes a perfect chord for anyone going through or has been through horrific separations from friends or loved ones. The lyrics of “now that you want me, now that you need me, “I’m too far gone” has power, resonating with such situations of manipulating people. This theme continues with the powerful ‘Unforgettable’ with its anthemic chorus lines that mixes well with the progressive chug riff coursing with the use of the tremelo bar. The chords of the rhythm guitar of Sully Erna really brings the track alive as the percussion of Shannon Larkin (Ugly Kid Joe) sets the whole song alive.

The opening of the songs has been masterful, hooking you in from the get go, ‘Every Part of Me’ is of no exception to the rule as Godsmack has created the perfect formula; the huge thumping riffs of Rombola strike deep into the soul, snaring you into the album and you are begging to sell your soul just for to keep going. The chorus once again sinks its teeth in and drags to kicking and screaming into the depths of the tracks. When you think it can’t get any better, your senses are assaulted with utter pleasure with ‘Taking it to the Edge’; this is a relentless beast that truly “take(s) you to the edge… take(s) you to the other side”, the riffs are thick and heavy, with high temp and massive bass lines that smother you whole. ‘Under Your Scars’ brings it down a few octanes as the ballad of the album; the piano work is sublime pulling in a melancholy to what feels like a love song yet has an edge of heartbreak which feels so real. The chorus of “under your scars, I pray, you’re like a shooting star in the rain, everything that feels like home to me” is just such a beautiful line of lyrics that it can really cut deep and bring a tear to your eye whilst you’re belting it out at the top of your lungs. Sully has clearly outdone himself with this one and its, arguably, one of the best ballads I’ve heard for a long time. 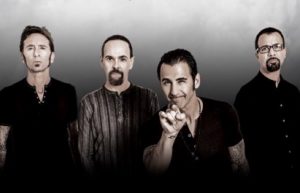 Back to basics, ‘Someday’ gives you the vibe of Awake and Faceless era; the riffs wouldn’t go amiss amongst the songs of both albums along with the tempo and overall sound. It’s certainly not the strongest track on the album but it still has incredible bite and ferocity that you still bounce to the catchy riffs and percussion. That punch in the face feeling of opening riffs catches you again as ‘Just One Time’ rip roars into existence before pulling back with some simplistic drum beats perfectly cut with the bass lines that scream into action with the chorus riff that leads into a huge power solo that tears into the floor of the track; this unrelenting layering of riffs to bass to percussion ratio continues with the high-octane ‘Say My Name’. Bringing back the sound of 1000hp, Say My Name really revs the engines of the back-end of the album; its blistering speed really gets you moving with its catchy riffs and huge rhythm heartbeat.

With just the two tracks remaining, ‘Let it Out’ pulls back a little giving us a taste of IV and The Oracle as the chorus pulls into the station with a moderate increase in tempo that just makes the track work so well. The riffs are methodical with its pace, only pushing it up a notch where it really needs it, before pulling back once again. The bass lines add some needed substance that makes the whole song shake up the album with its unusual pace. Th finale ends where it all started as ‘Eye of the Storm’ superbly brings us to a climax worthy of the album. Once again, the formula is just right, it has the catchy heavy riff with the excitement of the solo that is accentuated by the rhythm slams of the riffs. The anthemic aspect gives it everything worthy of a film theme tune. This is just pure brilliance from the Lawrence quartet; where Godsmack has succeeded here is in the design of an album that, not only delivers on all fronts, but is also easily accessible to the main stream masses thanks to Sully’s incredible clean vocals. Godsmack proves, much like others in recent years, that you do not need to scream and growl bloody murder to create a delicious Hard Rock/Metal album. What an album, and what a perfect comeback after four years hiatus. 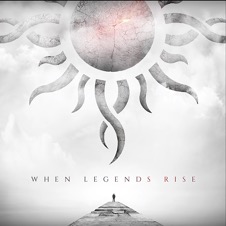