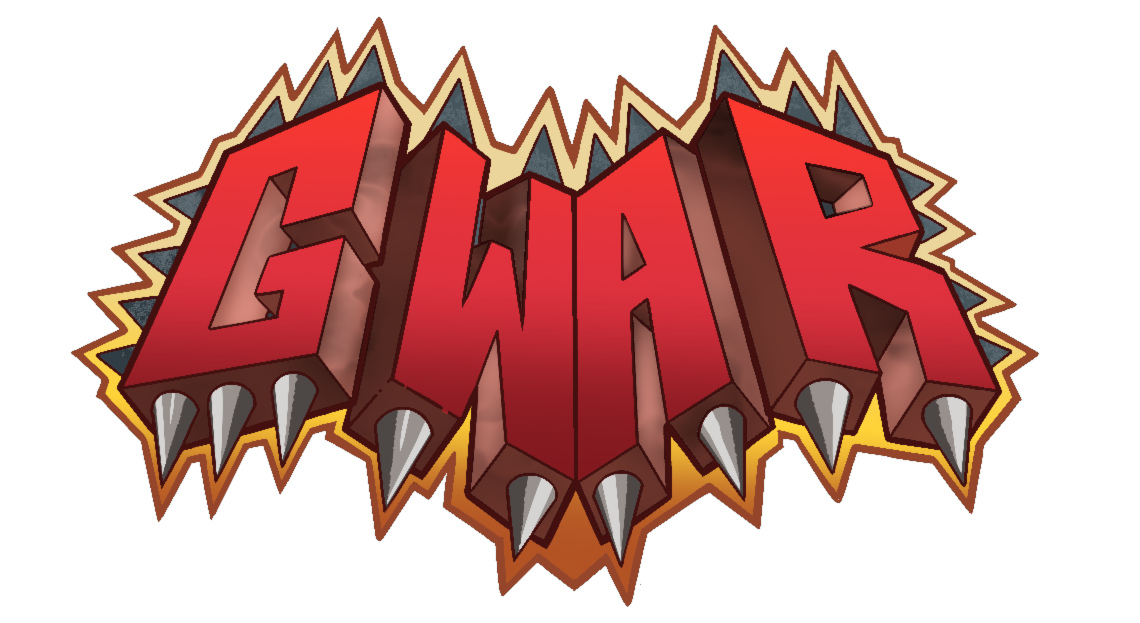 As the release date draws nearer, the mighty alien overlords of GWAR have unleashed the second track from their forthcoming masterpiece, ‘The New Dark Ages.’ Watch the visualizer below, and listen to the song ‘Berserker Mode’ HERE. The visualizer features the first animated art cells from the band’s upcoming graphic novel, ‘GWAR In the Duoverse of Absurdity.’

“This is my origin story, about transforming into a drug-jacked unpredictable liability on the battlefield. But like me, it has a softer side, a tale of the struggle of becoming a sexy, multi-donged, vajazzled cow beast who is unafraid to proclaim my authentic self…The Berserker Blóthar!!”

Also check out ‘Mother Fucking Liar’, the lead track from the album HERE.

The album will be released on June 3rd via the band’s own Pit Records, on both CD & Digital formats, whereas vinyl and cassettes arrive on September 16th. Pre-orders for ‘The New Dark Ages’ are live now over at https://lnk.to/GWAR_TNDA.

‘The New Dark Ages’ chronicles GWAR‘s adventures in the Duoverse, where the band rediscovers old powers such as Blóthar’s terrifying Berserker Mode, and encounter new allies, such as the murderous maven known as The Cutter. Along the way, they battle the living monuments of a lost cause and armies of undead soldiers who Rise Again to fight a new civil war.

On the ‘The Black Death Rager World Tour,’ your favorite Scumdog warriors will touch down in Europe for the first time in almost three years.  The tour kicks off July 29th in Tilburg, Holland and culminates with a show at London’s Dome on August 18th. In addition to GWAR‘s own headline shows, the tour also features stops at Bloodstock and Wacken Open Air.

The Berserker Blóthar had this to say about the coming trek:

“Ah Europe, the Old Country. We shall sweep across the continent like the plague, bringing pestilence and death and our unquenchable thirst for heavy metal glory.”

The New Dark Ages album concept is tied to a companion graphic novel, GWAR In The Duoverse of Absurdity, in which the band are sucked off into an alternate universe to do battle with their evil twins and the spectre of rogue technology.

The album is available to pre-order on cassette, CD and an array of coloured vinyl (whiskey, sunbolt and black/gold marble) and the graphic novel is available in both soft and hard cover. Bundles are available including one with Blóthar bobbleheads, and a ‘one of a kind’ Beefcake helmet. See the full set here. 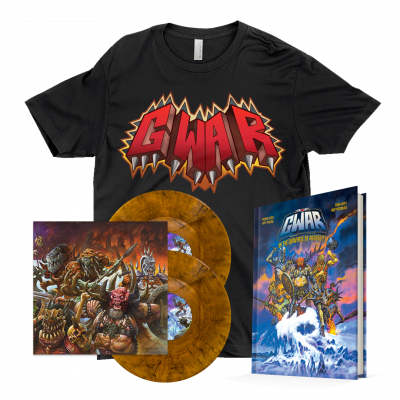 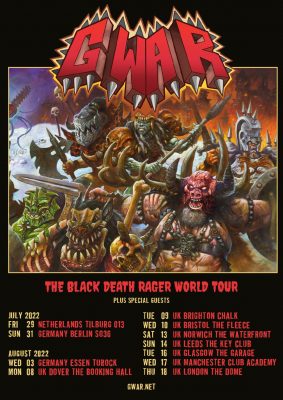 You’ve read the album, now hear the book! GWAR in the Duoverse of Absurdity chronicles the epic battle between GWAR and their doppelgangers from an alternate universe that the band discovers behind their treasured Magic Mirror. The book uses an innovative storytelling technique that combines words and pictures printed on paper (made from real trees!) in a seamless format we are calling a “graphic novel.” The tale is illustrated by the masterful talents of Andy MacDonald (Wolverine, Dr Strange, Wonder Woman), Shane White (Things Undone, Braun, Endless Summer), Matt Maguire (GWAR) and Bob Gorman (GWAR).

Z2 Comics (Judas Priest, Dio, Anthrax) have teamed up with GWAR to produce what will surely be known as the ultimate illustrated saga of the beloved Scumdogs of the Duoverse. “This was the most utterly engrossing book I’ve ever read! I couldn’t wait until I’d read what was on the page before I was compelled to turn it! This novel has the one element that is missing in so many so-called literary masterpieces: It’s about me!” – Bälsäc The Jaws ‘o Death”

GWAR has made sure that this story is a full throttle hysterical ride into tipping every sacred cow possible and I consider it an honor to help bring this chapter of the band’s legacy to fetid, pulsing, life.” – Rantz Hoseley, editor Z2