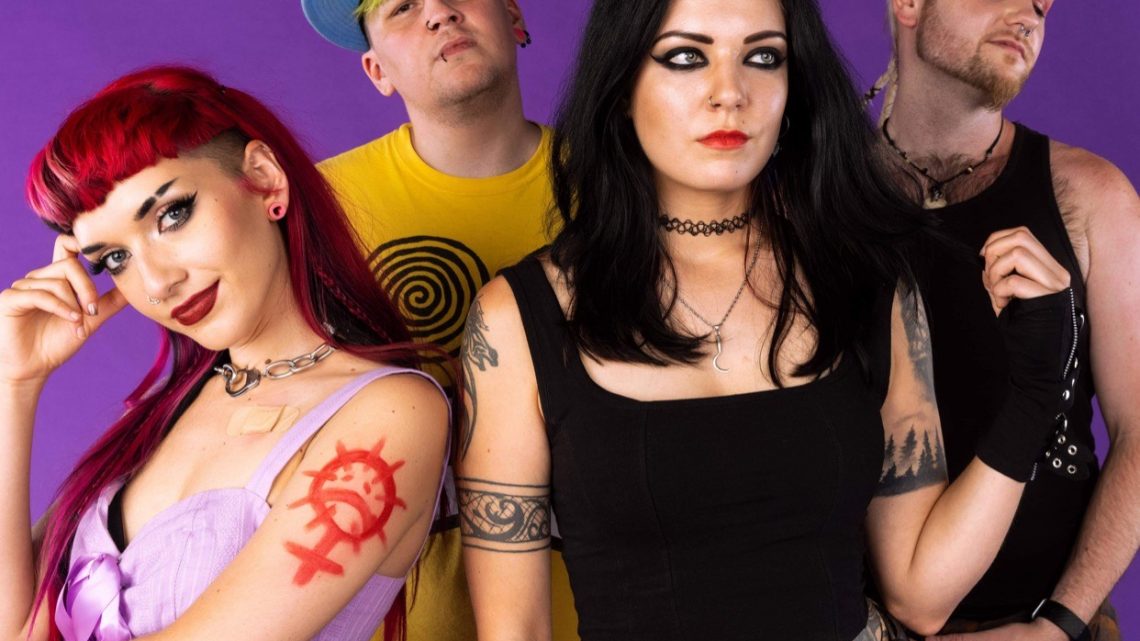 We’re back in the Scottish capital for another gig at the amazing Bannermans and you guessed it, it’s pissing it down. Thankfully the venue is pretty cosy and the band room filled up rather nicely despite the localized flooding that plagued the Lothians.

The first band of the night is Scarlet. Who despite only having a 35 minute set, blew the roof off the place.  Hailing from the Northwest of the UK and producing some mighty fine alt rock/grunge are a band to keep an eye out for.  Jessies voice is sublime and her rhythm guitar playing is exceptionally tight.  Sheas bass and Cais drums created a rumbly in the tumbly , and  Adams guitar sounded PHAT and rounded out their sound nicely.

Scarlet are a band you need to check out and keep an eye on.

Having had Scarlet warm up the place nicely, Hands Off Gretel take the stage and are immediatley off to a flyer with In The Eyes and proving that despite being in lockdown thanks to Covid, this has put the fire back in the belly of the beast.

Their set was a full on onslaught and had a setlist to prove it. Songs such as Milk, S.A.S.S, My Friend Said and Bigger Than Me proving that, Hands Off Gretel are indeed ‘Still Angry.’

Despite, making a bit of a dick of himself by calling Edinburgh Glasgow, thankfully guitarist Sean kept his ‘mickey’ underwraps as it would’ve covered the microphone and Lauren/Becki would’ve been singing into something completely different and that’s a whole other show. All was soon forgiven with the encore of the Nirvana classic, Territorial Pissings.


Both Scarlet and Hands Off Gretel are on top of their live game right now and are both worthy of slots at all the major festivals next summer and beyond.

A special shout out to soundman James, who nailed both bands spectacularly with the front of house mix.
And of course booker/promoter Christian of Bannermans Live for putting on the show.