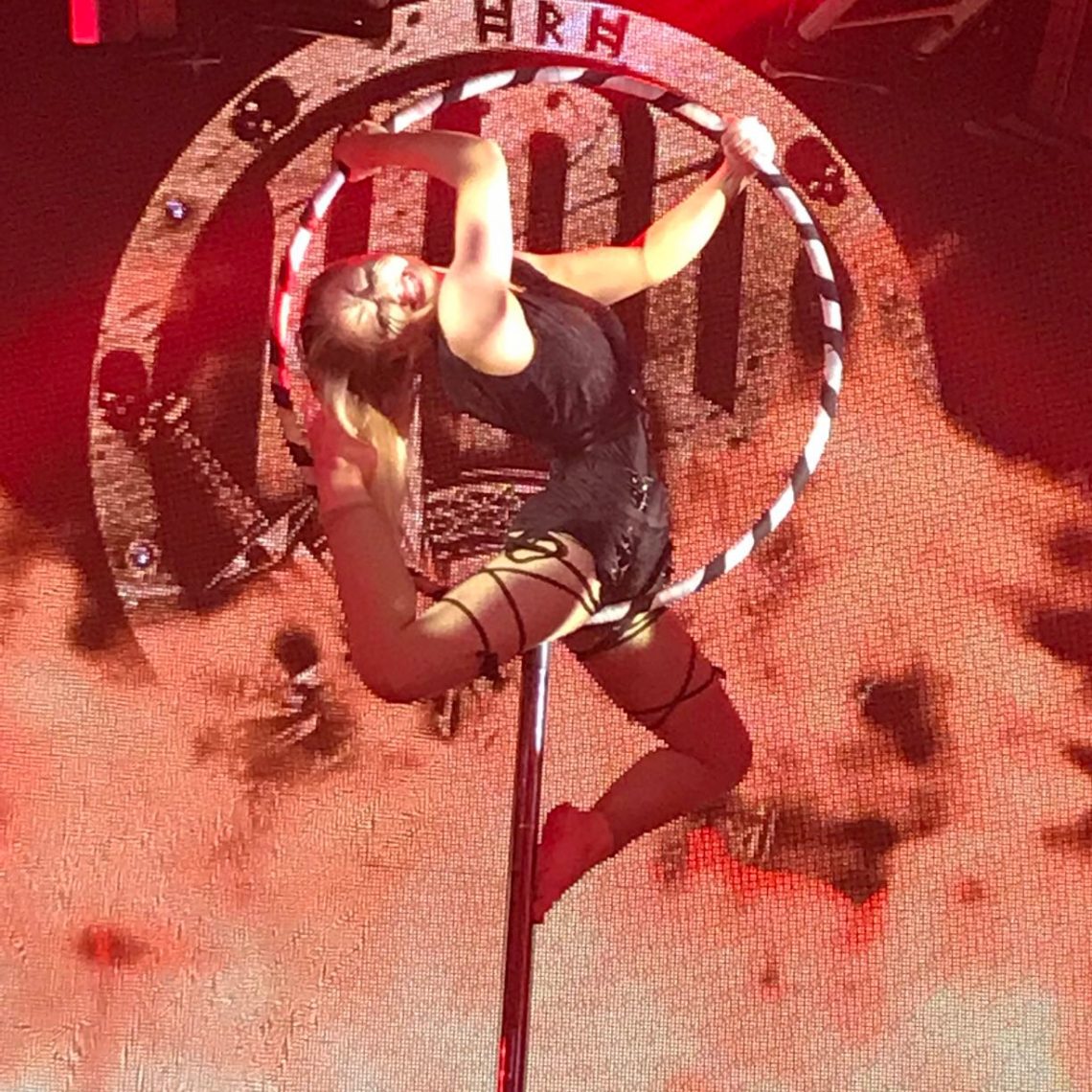 Another Hard Rock Hell weekend over and every morning I awoke without a sore bottom and still owning both my kidneys was a win.

There’s every ounce of truth in the phrase ‘To get hangovers, you have to stop drinking’ (thanks Lemmy) as all those who had stopped drinking were nursing the mother of all hangovers every morning, until the 1st hair of the dog had been consumed.

I was lucky enough to be invited along the day before HRH officially started (Thursday 9th November 2017) to attend their very 1st Award Ceremony. The vision Jonni Davis had for this night certainly came to fruition as it was his way of saying thanks, not just to those who have attended over the years but also to people who have made HRH what it is today. 10 years on, 15 HRH events throughout the year and now HRH TV on Amazon, HRH Mag as well as Hard Rock Hell Radio. Nobody could ever have seen this coming. Jonni and the rest of the HRH team seemed to be truly humbled.

So, onto the awards themselves. Nestled in between Stone Broken and Massive Wagons, I noticed that in the center of the table was an ice bucket, surrounded by polystyrene skulls and black petals (incredibly rock n roll). Cuddled up in the ice bucket was a bottle of Cloven Hoof Rum and a bottle of Jagermesiter. Of course, being a bit of a Rum hound, the bottle didn’t last long.

Time for an award break and we were treated to a performance from Idlewar. New signings to Off Yer Rocka Records.

Black Aces was the musical interlude before kicking off the final awards of the night.

The final award of the night was for HRH Legend. Who else could this go to but Dee Snider, who said to Jonni at the very first Hard Rock Hell that he was onto something special. Turns out Dee was right.

Dee took the mic & here is what he said:
‘Now, some of you may know that last week my 85year old mom was hit by a car and nearly killed and she’s been day-to-day everyday since then. Brain damage, this woman was so vibrant, so amazing and right now, she’s a vegetable and it’s FUCKIN’ awful. We’ve been by her bedside day after day, night after night and some people ask me why I’m going out still doing my shows and I’d like to tell you it’s because she’d want me to do that, although she’s not really a fan, never been a big fan. Her happiest day was when Celine Dion recorded a Christmas song that I wrote for my wife and don’t say a fuckin’ bad word against Saint Celine. 14 million albums sold and it paid for my fuckin house.

I’m here because, I don’t know about you, but when I was sad or angry or depressed or anxious or just mad at the fuckin world, I could always turn to heavy metal to lift me up, and right now with my mother, I mean it’s bad, it’s real bad guys I need to be fuckin’ lifted up so I flew here to Wales to rock with you motherfuckers tomorrow night. So whether she’d be proud of this or not, this is for my mom. Get well soon’

There wasn’t a dry eye in the house.

Massive Wagons followed Dee as the last band of the night and what a set to close with before Area 51 took to the stage once more to start the after party shenanigans.

It was a star-studded line up. Each band were amazing. Idlewar for me was the highlight set.

But the star of the night was of course Hard Rock Hell. What an amazing event. Probably the best Rock and Metal festival in the UK.

Congratulations to Jonni & of course the entire HRH Team. Thank you for inviting AATR down to the awards. Looking forward to next year already.
If you haven’t been to a Hard Rock Hell event, trust me when I tell you this, it’s the most fun you can have for 3 days with your clothes ON.

Click HERE to book now for next year to avoid disappointment