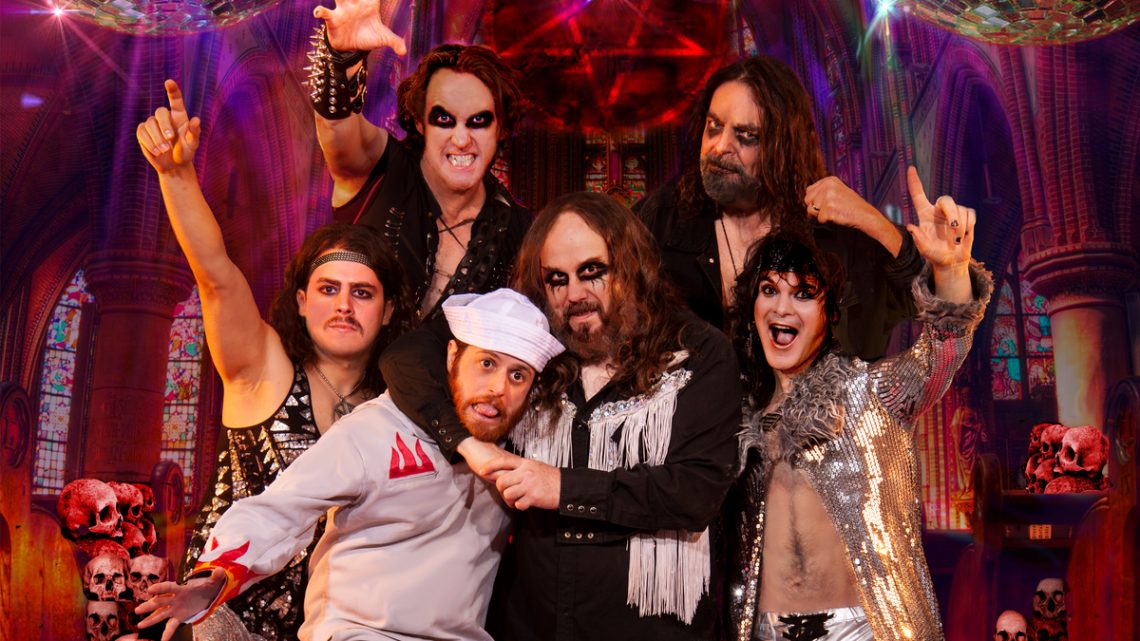 If you’ve never headbanged to the tunes of Slayer’s thunderous riff-fest “Raining Blood” combined with “It’s Raining Men” by American duo The Weather Girls, it’s about time! Get wild with the world’s hottest metal tribute to The Bee Gees and beyond, as New York based cover song reinventors TRAGEDY have just released a remastered version of this insane mash up, “Raining Blood/It’s Raining Men”.

The song is taken from their remastered favorites album, Disco Balls To The Wall, to be released this Friday, July 30 via Napalm Records. Born out of the impenetrable divide of disco and metal, these fearsome brothers fearlessly take disco, soft-rock and pop classics and completely reimagine them as glorious, red-hot heavy metal. Their music is sure to get your head bangin’, your booty shakin’, and put a smile on your face immediately!

TRAGEDY strike solid gold with Disco Balls to the Wall!

It doesn’t matter if you love or hate disco or metal – you will unabashedly love TRAGEDY and their bombastic, crazy mix of disco, metal, glitter and revelry! The band’s first offering with Napalm Records will include TRAGEDY’s unique twist on hits such as Abba’s “Gimme! Gimme! Gimme! (A Man After Midnight)” and “Dancing Queen”, Toto’s “Africa”, Bonnie Tyler’s “Total Eclipse Of The Heart” and Adele’s intense super-hymn ”Skyfall”. Get your body shaking when TRAGEDY start to rock out with The Bee Gee’s “How Deep Is Your Love”, “Stayin’ Alive” and “Tragedy” and enjoy a smashing live version of Donna Summer’s fabulous “Hot Stuff”, featuring Alex Skolnick of Testament on lead guitar.

TRAGEDY add:
“Disco Balls to the Wall is the biggest, sexiest collection of hits we’ve ever released. It’s as if the Bee Gees turned into werewolves, ate some teens, then bred with the local dog population; thus creating the world’s most beastly recordings of disco and soft-rock songs ever made. Sharing this album with your friends and lovers will make you 500% more desirable.”

Back in 2015, TRAGEDY broke the internet with the viral video for their energetic take on the Grease soundtrack classic, “You’re the One That I Want”.

TRAGEDY’s past releases have charted on the NACC Heavy Top 10, the band was awarded a 2019 Album of the Year nod by the Necrosexual via Metal Injection, and were described as “one of the hottest bands on the internet” by Loudwire. Due to their energizing and captivating live performance, TRAGEDY have already turned venues all around the globe into a hefty disco metal night and are absolutely ready to spread their glittered wings even further with their upcoming, dominating album of “best-of” favorites, Disco Balls to the Wall. This hilarious party won’t stop as long as there’s a repeat button to push heavily! 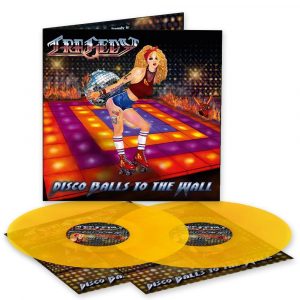