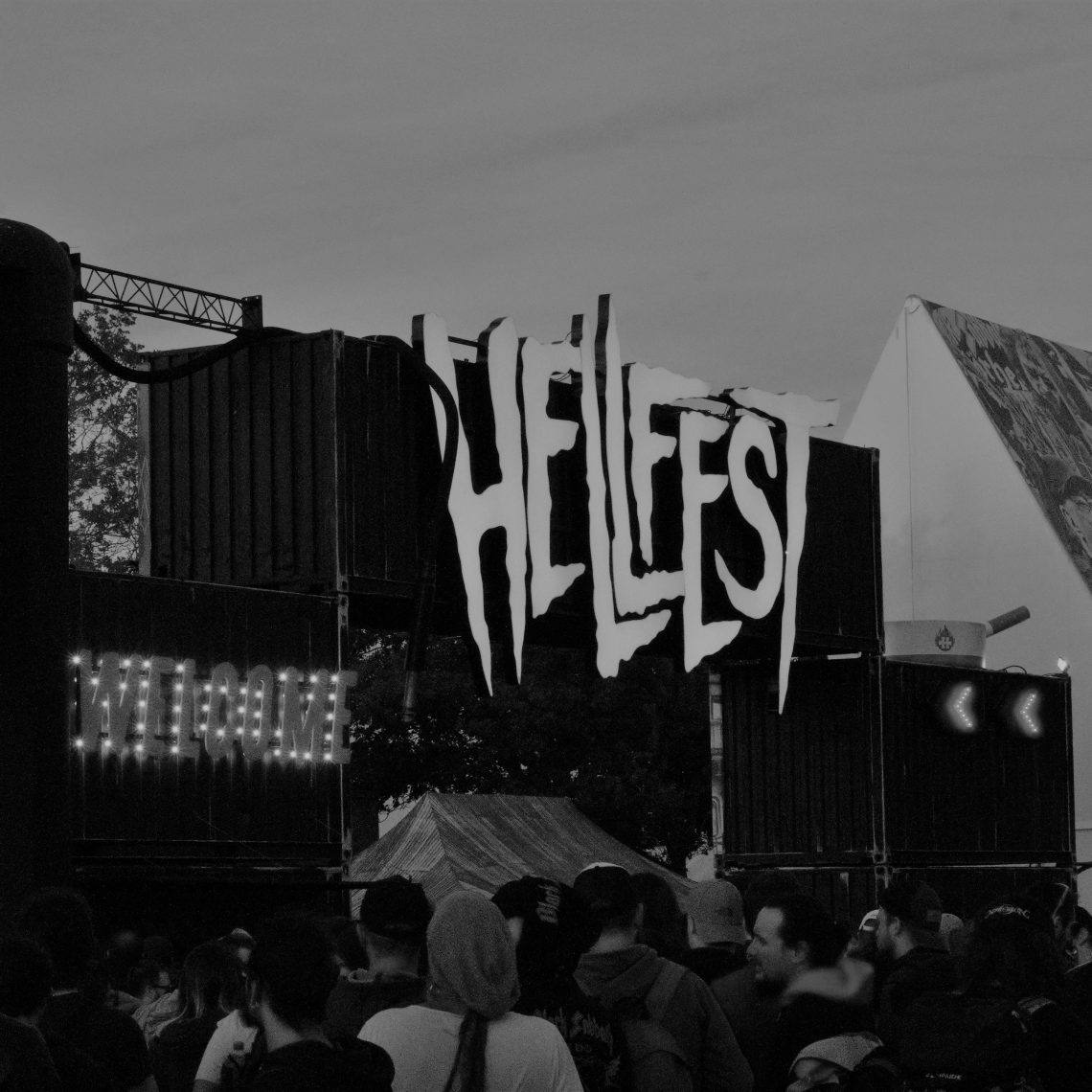 Sunday came so fast! It wasn’t two minutes before we were waiting to get the ferry to Le Harve and now we are almost ready to go home. It didn’t help matters that we were setting off at around 11pm to get the ferry at 7am from Le Harve back home so had to pack up camp and ensure everything was ready for our departure.

With the van loaded and bags sorted, with energy drinks at the ready for the late night departure, it was time to head to the arena. It was another big day with loads of bands to see, another interview and to eat as much as possible!! It was also a sober day so instead of cider on the walk to the arena it was water. Start as you mean to carry on!

I made it in time to catch some Alien Weaponry. I really like these kids. A lot of people are saying it’s nothing new, but come on, what is these days? I’ll be keeping an eye out for them and if I get a chance to go see them I certainly will do! Next was Insanity Alert and they are freaking awesome and mental and so energetic it was excellent to watch! Tom – “awesome crossover thrash from Austria. Loads of energy and great songs. Also met the guys for an interview and they were really chatty and lovely.” More on the interview later. 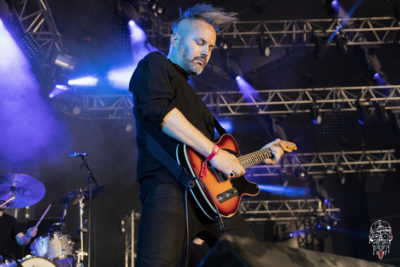 Photo of Gold courtesy of Donk for All About The Rock

We went and caught Gold next over on the Valley. I didn’t dig them that much. I mean, what they do is cool and all but I just couldn’t get in to it. The vocals however were great and powerful. Tom liked them –  “a lot like Dool. Really great leads with heavy undertones and great vocals”

It was the main stages for us for a bit, seeing as today was Thrash day and all, it would be incomplete with out some epic Thrash. Queue Municipal Waste! From the second the band kicked in to the last note it was pure thrashy goodness! Mixed in with some great crowd interaction and stories of being on a plane less than an hour before they were due on, it all added to a great show! Tom loved them – “need I say anything? Its Waste, they were great and still drunk from the plane journey over haha!!”

It was time to make our way to the press tent to meet with Seasons Of Mist and Insanity Alert for our next interview. We had the pleasure of sitting down with Heavy Kevy and Don Melanzani and had a great chat with them about touring and playing festivals, TEMPLE OF BOOM and drinking! They were so nice as well.

After the interview we headed back out to the arena in the rising heat but stopped by the Valley to catch the last few songs of YOB. Holy crap those guys are heavy! Heavy as fuck!!

It was nearly 3pm and the temperatures had soared to the mid 30s, 34 degrees I think Tom’s app said! It was so hot! So hot!! But we went and got some food over at the Warzone and had a cool down in the Hellfresh cages before heading back to the main stages. It was just too hot for us to stand in the open so found an area in the trees were we could still make out the screens and hear the main stage. It wasn’t the same as getting out there for Trivium and Clutch but it did let me watch some of it. Every time I have seen Trivium, except for maybe the first time, the sound has been horrible. Either the wind has been high and blown the sound from the PA or the sound coming from the PA hasn’t been right but this time, from far away from the main stage, they sounded insanely good!!! So good!

Clutch were good too, but we found ourselves heading for the shade of the Valley once again as Acid King were due to start. After topping up water bottles and getting in the queue for photographers it was soon starting time and I was mightily impressed! Such a thick, tight tone and songs that make your insides shake! So heavy and enjoyable!

It felt like the temps had started to drop and we headed to the main stage to catch Anthrax. It’s not a band I’ve listened too loads. I mean, I have a load of thrash play lists they are on them but it’s just the same few songs. I did enjoy the set and it got me listening to them more! Tom – “not really listened to a lot of Anthrax but they sounded great, had fun with the crowd and played the 2 songs I knew, so it was all good!”

I had a choice to make. As I was taking photos I either had to make the choice to go see Phil Anselmo and rush back to the mainstage to get in the queue for Lamb Of God and possibly miss taking photos of them, or sit it out at the side of the stage during Lynyrd Skynyrd and be as close to the front of the queue as possible to catch one of the best bands on the planet. The decision was to watch Skynyrd and enjoy their set while waiting to see Lamb Of God. I loved Skynyrd, obviously I only knew the hits but I really loved the little touch in Freebird when Johnny Van Zant hung up the microphone and a vocal recording of Ronnie Van Zant, his brother and original vocalist, played with the band.

While I was waiting Tom was watching Phil Anselmo – “4 songs into their set and Phil hears someone request a Pantera song, to which he says “we can do that”. So they then finish off their set with Pantera covers and it was amazing! Possibly the best set of the weekend, the whole tent was alive and singing along and there was even a moment when he was given a banner with Vinnie and Dime on it and said “whenever we do these songs it always goes out to them” I almost shed a tear.”

With Freebird out of the way my adrenalin started to rise, I was mere minutes away from standing in front of a band that I have followed and aspired to be like for many year! And in a professional role taking photos of and being closer than I could ever dream. Yeah, I like Lamb Of God. The set was insane! They opened with Omerta and I nearly lost my mind screaming, singing and cheering in the queue! So many great songs in the set list and I was fairly emotional by the end. During this time Tom was over enjoying Emperors set. “Classic black metal. They were on point and played my favorite, The Loss And Curse of Reverence, so I was quite happy.”

I was done though. After seeing Lamb Of God I had no energy left and found a quiet corner near the Temple while Tom enjoyed Cannibal Corpse “classic death metal, Eric Rutan was on point and they all crushed it as usual!” I was sat writing up some notes when a rather drunk French man approached me. I think he asked me what I was writing but I couldn’t understand him and I said I was English. He must not have known any English as he tried to stutter something but couldn’t get it out. He looked me directly in the eye and grabbed my hand. He leaned in and kissed me on the cheek in the French manner, shook my hand, smiled and walked away. It really does say to me that no matter the nationality, music, especially heavy metal music, brings us all together. 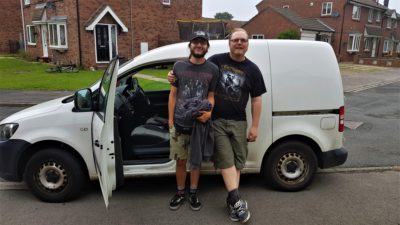 That was us done at Hellfest this year. We took a slow and steady walk back to the van. Reflected on just what an amazing experience it was and then made our way the 500 miles or so.