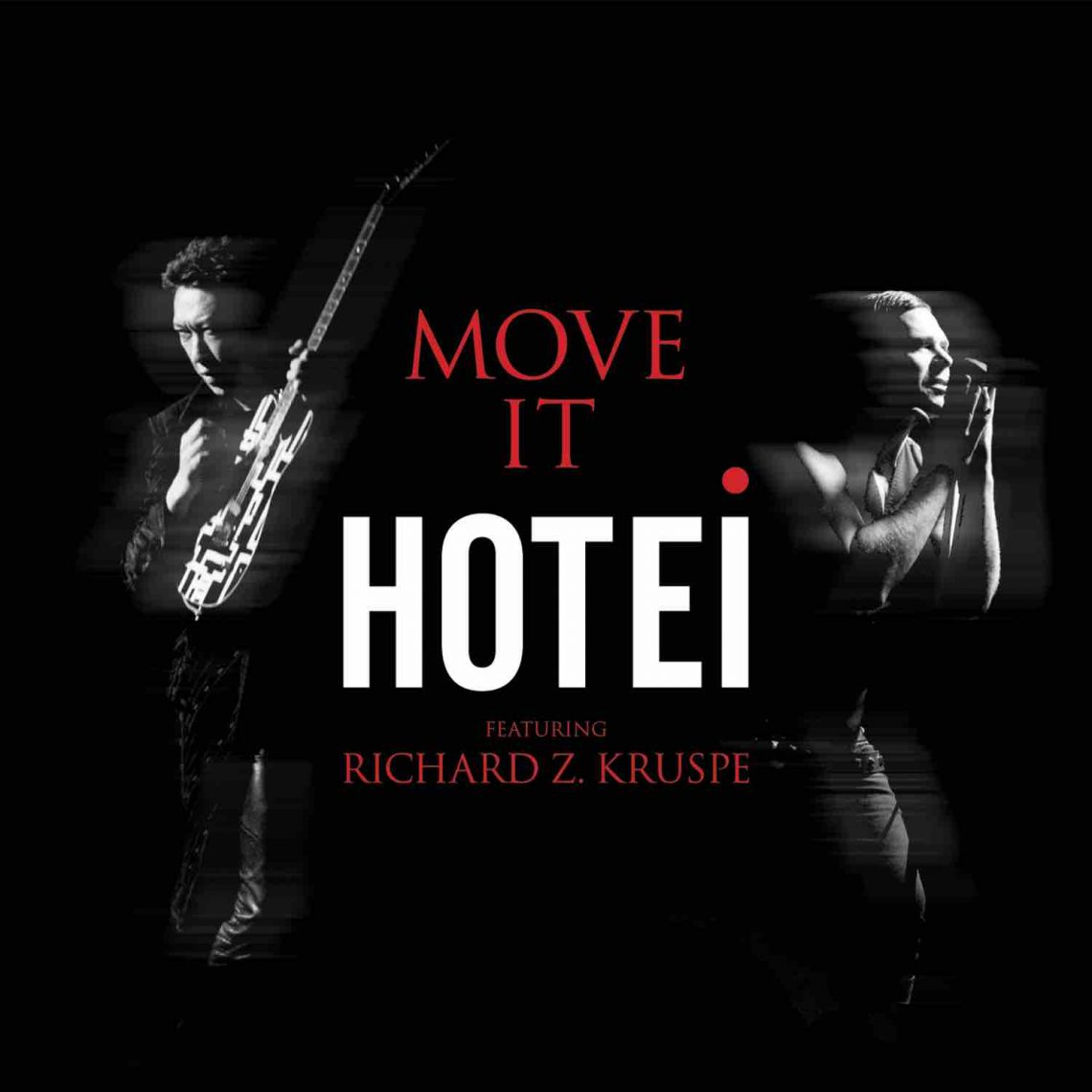 Intimate and rare behind the scenes video with Hotei & Rammstein’s Richard Z. Kruspe – ‘Move It’

Hotei has revealed the video for his latest single ‘Move It’ which features guest vocals from Richard Z. Kruspe (Emigrate/Rammstein). Echoing the upbeat industrial vibe of the song and shot in Berlin, the video is dynamic and starkly atmospheric with intense performances from both Hotei and Richard.

Hotei comments on the video saying, “I wanted to make it simple, because Richard has a very strong character, and I think we have different characters. First, we wanted to try to do a story, but now it’s more like a focus on two characters on the same screen.”

The video was premiered on Metal Hammer who Richard explained his inspiration for the lyrics to, “I listened to it and the first image I had was this Bond character in my mind. I was seeing a guy going through streets and pushing everything away. I thought, ‘Oh, that’s interesting, let’s try that’. And we pretty much recorded the vocals in one or two days.”

‘Move It’ is released today as two-track single, featuring a “Hounds” remix of the song, done by Olly Burden, known for collaborating with The Prodigy on their most recent album.

‘Move It’ is taken from Hotei’s debut UK album Strangers which was released last year through Spinefarm Records and is a wide-ranging body of work with a dramatic sonic palette demonstrating Hotei’s diversity as a songwriter and virtuoso guitarist.

Other album guests include Iggy Pop, who lent his vocals to the high-energy rock stomper ‘How The Cookie Crumbles’, Bullet For My Valentine’s Matt Tuck on the cinematic ‘Kill To Love You’ plus southern soulstress Shea Seger on the pulsating electro-blues boogie ‘Texas Groove’.

Heralded by Time Out as “iconic”, and a genuine superstar in his native Japan where he has sold more than 40 million records, Hotei is best known internationally for his Kill Bill theme ‘Battle Without Honor or Humanity’ and is sought-after as a collaborator both in the studio and on stage. Having previously joined forces with artists such as David Bowie, Andy Mackay (Roxy Music), INXS, Blondie and Joni Mitchell, he also performed with The Rolling Stones on their 50th Anniversary tour.

Hotei has just finished a European tour and is currently on a major tour of Japan.