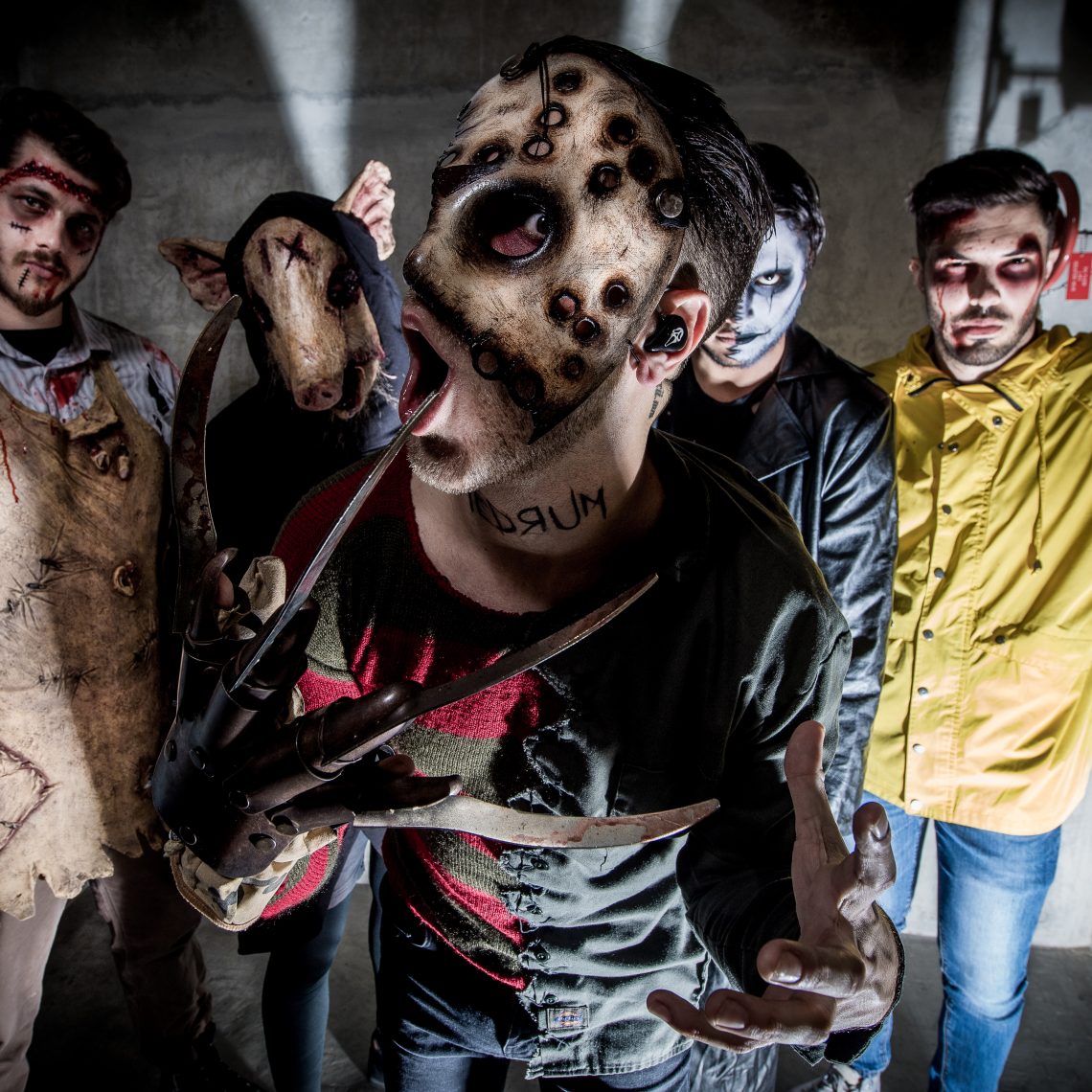 Horror themed, metalcore icons Ice Nine Kills have once again broken new ground when it comes to finding ways to connect directly to their cult-like fanbase, this time with the launch of – Psychos Only Club. The innovative app based community will provide unprecedented access to Ice Nine Kills as well as provide access to a private community of likeminded fans and everything Ice Nine Kills in one location – including band member social media feeds, music, videos, photo galleries, tour dates, merchandise and updates about the band. The new app is available on Android, iOS and on the web at PsychosOnly.Club

“This is going to add a killer new dimension to the INK fandom universe!” says Ice Nine Kills frontman and leader, Spencer Charnas. “Complete with exclusive never before see content, this will allow our audience to break down the barrier between band and fan and see what really happens behind the screams.”


The most supportive fans will have opportunities to engage directly with Ice Nine Kills, participate in gore filled horror trivia, killer challenges & giveaways, and watch parties! They will also gain exclusive access to members only merchandise, tickets + VIP RIP Packages and much more.

Members of the Psychos Only Club will have the ability to create their own profiles, share their own video and photo content, follow and direct message other psychos, and exchange virtual gifts. In addition, the Psychos Only experience is gameified! Which means the most engaged members will get rewarded with achievement levels and virtual coins/currency (known as Killency) to unlock exclusive content.

In a landscape littered with celebrity fakes and would-be influencers, Ice Nine Kills stand apart. Visionary trailblazers and multimedia raconteurs, INK has steadily built a thrilling new underworld for a growing legion of devoted true believers, with theatrical shows, high-concept videos, and inventive band-to-fan communion. Ice Nine Kills summon the most captivating elements of metal, punk and hard rock and combine it with melody, cinematic obsession, and a literary fascination.

Loudwire hails them as “one of the most unique acts in metal right now, ” a declaration supported by the band’s Billboard Hard Rock Albums chart topping slab, The Silver Scream.

After a decade of studio wizardry and live theatricality, Ice Nine Kills draws favorable comparisons to rock icons like Slipknot, Rob Zombie, and Marilyn Manson, via a likeminded synergy of music, lifestyle, and cult following reverence. With 1 million monthly listeners on Spotify, a combined social media reach of over 762k and over 70 million views on Youtube, the band are firmly cemented as one of modern metal’s most ferocious forces.