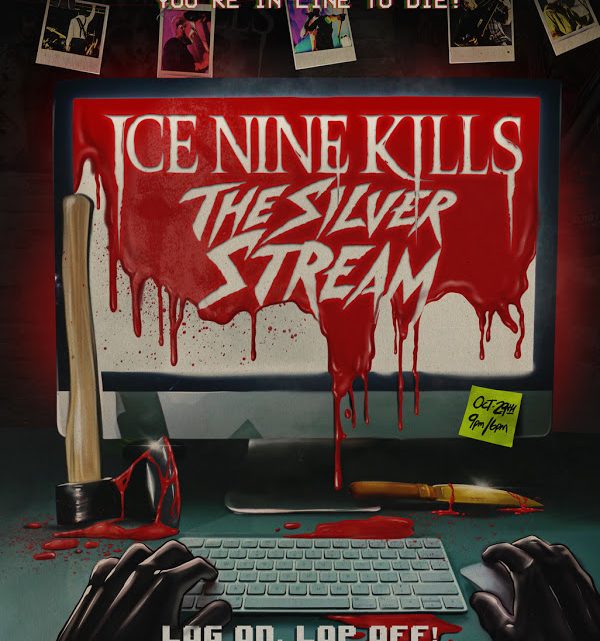 Horror themed, metalcore pioneers Ice Nine Kills, have unveiled a new cinematic trailer for their upcoming interactive horror experience “The Silver Stream”. Join the band and official host than cult horror icon, Bill Moseley (“House of 1000 Corpses”, “The Devil’s Rejects”, “The Texas Chainsaw Massacre 2”) as they take fans on a journey through the bowels of hell for this unprecedented interactive experience that will feature the concert footage of their 19-track set, shot with an 8 camera set up at their sold out hometown show at The Worcester Palladium and a bespoke, built-in horror movie created by Spencer Charnas and Director Myles Erfurth of Stained Glass Eye Ent. Tickets for “The Silver Stream” are available now from iheardtheykilllive.com. Watch the new trailer here.

“The only thing scarier than the horror that has been 2020 will be “The Silver Stream.’” Don’t miss THE event of the spooky season hosted by the one and only Bill Moseley.”

Perhaps best known for his roles as Chop Top in “The Texas Chainsaw Massacre 2“ and as Otis B. Driftwood in Rob Zombie horror classics “House Of 1000 Corpses“, “The Devil’s Rejects“ and “Three From Hell“, Moseley is one of the most prolific and iconic actors within horror. His intimate knowledge and vast expertise, make him the perfect guide for fans as they traverse the deadly, blood splattered spectacle that is “The Silver Stream”.

He has received numerous honors and awards over the years, recognizing his many achievements: Bill was Guest of Honor at the 2006 World Horror Convention; he has won two Spike Awards, two Fangoria Chainsaw Awards, an Eyegore Award, the 2010 Song of the Year Award from the RockSolidPressure radio show for “Stupid Life of A Mom Eater” from Bill’s Spider Mountain album “No Way Down,” the 2011 SyFy/NBC/Universal Fantasy Horror Award for Career Achievement and the 2011 Crypt Icon Award. Bill is also a member of the Fangoria Magazine Horror Hall of Fame. 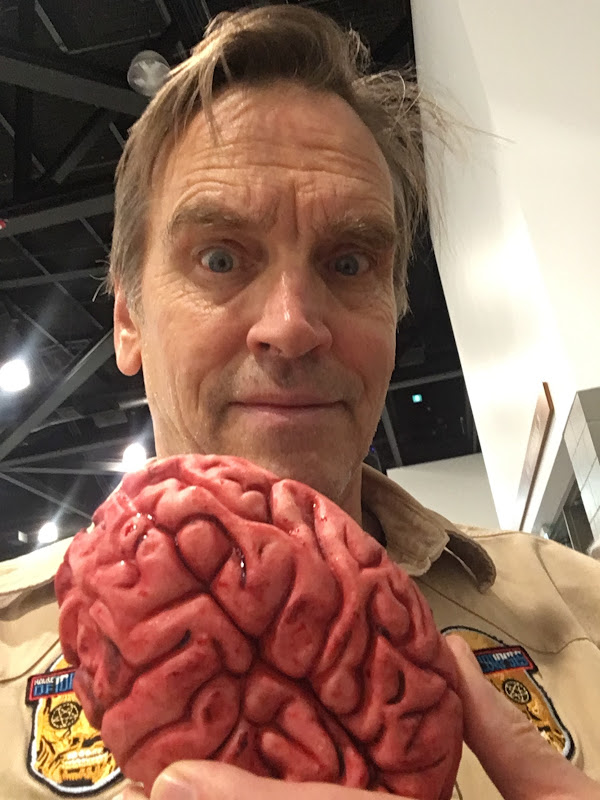 The stream comes in celebration of the impending release of the band’s upcoming live album, “I Heard They KILL Live!!” out via Fearless Records on Friday, October 30. The album features the audio from the same killer 19 song live set recorded live at the band’s sold-out, home town show at The Worcester Palladium on November 30, 2019, whilst on the Octane Accelerator tour. It features massive Ice Nine Kills tracks from their 2018 hit album “The Silver Scream”, as well as fan favorites such as “Hell In The Hallways” and “The Fastest Way To A Girl’s Heart Is Through Her Ribcage”. The album is available to pre-order digitally, on CD or as a double vinyl LP with a variety of pre-order merch bundles available here.

Check out the recently released live video for “Stabbing In The Dark” here: https://found.ee/sitd_video 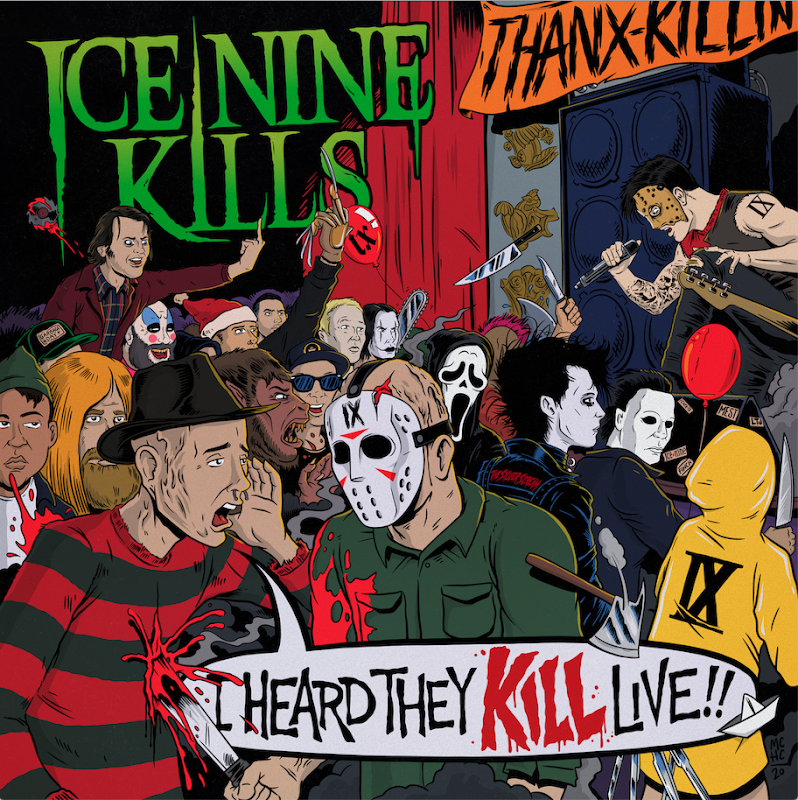 Ice Nine Kills recently released their Psychos Only Club app much to the excitement of their dedicated fanbase. Since launch two weeks ago, the app has been downloaded over 16,712 times and provides members access to exclusive Ice Nine Kills content and merchandise. Earlier this week, Psychos Only Club members were treated to a sneak peek of the “I Heard They Kill Live!!” album artwork and the “Stabbing In The Dark” music video. The new app is available on Android, iOS and online at PsychosOnly.Club.

Ice Nine Kills summon the most captivating elements of metal, punk and hard rock and combine it with melody, cinematic obsession, and a literary fascination.

After a decade of studio wizardry and live theatricality, Ice Nine Kills draws favourable comparisons to rock icons like Slipknot, Rob Zombie, and Marilyn Manson, via a like-minded synergy of music, lifestyle, and cult following reverence. With 1 million monthly listeners on Spotify, a combined social media reach of over 762K and over 70 million views on Youtube, the band are firmly cemented as one of modern metal’s most ferocious forces.