Idlewar has been making the headlines, with Classic Rock Magazine calling the Californian hard rock trio “Immense” and Planet Rock Radio playlisting the band, plus confirming them for SOLD OUT Rockstock 2016.

With their debut album set for release 30th September (via Pledge/PHD), Idlewar has now been confirmed as guests to STONE BROKEN (recently announced Frontiers Music signing) on their UK tour, this coming November and December.

“This is not just about being able to play music that we’ve written for appreciative fans. It’s also about meeting these amazing people that we have connected with. We see a passion in fans that matches the passion we put into this music.” (James Blake – vocals / bass)

Watch the new lyric video for ‘Criminal’ and pledge now for the debut album ‘IMPULSE’ at www.pledgemusic.com/Idlewar

“We’re trying to keep a balance with our videos. Some songs lend themselves to darker imagery. ‘Criminal’ is the song on the debut album that we felt was the opportunity to be a bit comical, but still cool.” (Pete Pagoni – drums) 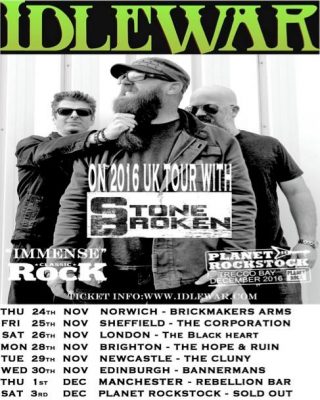 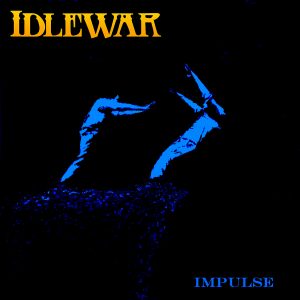