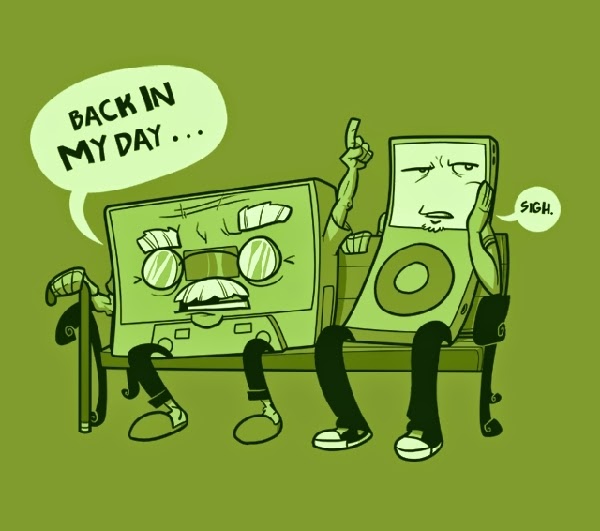 THE IMPACT OF TECHNOLOGY ON THE MUSIC INDUSTRY

Music has always been a fundamental aspect of human life way before civilization took its grip on the human race. There is literally no culture on earth that exists or has existed before that does not dance to a certain tune of music. It is rightly said of music that it is one of man’s greatest and ever-present companions. Whether it is laughter, pain, sorrow, love or hate, music has a rare ability to speak to man in a way that resonates with his deepest emotions. The powerful influence of music on man has made it to stand against the test of time. Just as man is extremely adaptive and has changed over time, so has music adapted and changed regardless of changes in culture. Man’s ingenuity has brought with it a powerful force that has affected the music industry in a substantial way. The past two centuries have witnessed advancements in technology that were not thought of before. These have affected the way music is produced, distributed and accessed in both positive and negative ways. Numerous technological advancements in music have taken place since the 18th century but the most influential technology that has taken the music world by storm is the digitization of music. Since the time music became readable by computers, the dynamics and economics of the music industry have transformed drastically. Let us take a few moments and look at how technology has been both a blessing and a curse to the music world.

Music production has never been better from the instruments right to the recording process. The past two centuries has seen both the improvement and emergence of new musical instruments that have fascinated everyone with a discerning ear to musical sounds. For example, the 1920s witnessed the emergence of one of the most influential music instruments in popular culture, the Electric Guitar. The Electric Guitar is a product of innovative efforts from a number of inventors and musicians who thought outside the box in trying to come up with louder string sounds by using electricity. From then it has made it to the big stage and graced some of the greatest songs that influence millions of people around the world. Electronic music instruments are increasingly dominating music production and performances that some new genres such as electronic dance music are almost entirely built on electronic music instruments. The studio itself has evolved from being analogue to digital based. New technologies have made the process of producing a piece of music less daunting and efficient. Computers have made the process easier to undertake unlike the good old days when producers had to spend hour’s fine-tuning sounds on a complicated analogue device.

The emergence of the internet has made musicians’self-promotion more of a walk in the park. Nowadays, the touch of a button or a click has the power to transform any good musician into a worldwide superstar. File sharing websites and social networks have made it cheaper and efficient for musicians to promote themselves and create prospects for growth.  The internet has completely transformed the musical landscape that gone are the days when we had to wait for tapes, radios and CDs or some rare concerts to experience the latest trends in the music industry.

Back in the days, it was a difficult task to produce quality music and it was a momentous task to make sure the music got heard by the world. Breaking on the world scene was never a matter for the faint hearted as it required enormous resources and effort. The logistical problems associated with distributing hard copies of songs made sure it took years if not decades to get worldwide recognition as a musician. These days it’s a far much different story. Thanks to the internet,musicians are able to get their music world-wide without having to transfer huge amounts of hard copies to other parts of the world. Websites like iTunes have helped a lot of musicians to sell digital copies of their music to a worldwide audience by the click of a button on the computer. Those whose primary purpose is not to make huge sales initially have the opportunity of sharing music for free to anyone and anywhere in the world. Information websites take a further step advancing knowledge on the most recent trends in the music world we don’t have to buy an expensive magazine to know our favorite artists are up to a new album. There has never been a more exciting time in the history of music. The human race is indeed being brought together through music and technology.

Gone are the days when one had to take a long walk to a music shop to look for the latest or favorite song. It has never been easier for the consumers to access music right at the fingertips. File sharing sites, some illegal and others legal in nature, have transformed the way music is accessed. One is able to download the most recent song in less than 5 minutes, provided you have a good internet connection. This of course has proven to be a single-edged sword as it has opened a loophole for the consumers while it is a menacing blow to the musician.

Technology has also had a big hand in transforming the way music is created. Hybrid genres such as crank, afro-pop and a myriad others have made waves on the musical landscape during the past few decades. Technology has simplified cross cultural interactions exposing musicians to new forms of music. The result has been the mixing of elements of different genres in order to create new and more exciting hybrid forms. A few decades ago, hip hop was foreign and unacceptable in most African countries. It was usually considered the music for the rebellious and perverse but we all know it is making its way into most countries of the continent through hybrid forms like afro hip-hop and other genres with even more funny names.

Piracy is a nightmare to any serious musician who wants to make any meaningful sales from his or her talent. In layman’s terms, it is any form of music theft, the illegal use of the hard-earned musical talent. In white-collar terms, it is defined as any form of duplication along with distribution of music without the formal permission from the entity holding the copyrights to that particular music. The practice has been there since the 1920s but it was minimal until the 80s where the mp3 was invented. The mp3 was basically the digitization of music. Music could now be read, copied and transferred between computers and the result was a disastrous loophole that made music too accessible to anyone with a basic computer and an internet connection. Piracy is the main culprit in economic losses incurred by the music industry over the past decades amounting up to 12.5 billion dollars every year according to the Recording Rights Association of America. Several measures Have been put in place but with technology evolving every day, the musical world still awaits a miracle. Those who still make it to the top are usually those who have established enough recognition to outplay the damage done by today’s modern and sophisticated musical pirates.

Much has technology has significantly simplified a lot of hustles associated with producing quality music. However, over reliance on its benefits affects the quality of the music produced. Sometimes it is hard to come by a musician with pure originality and the finesse that makes music such a powerful force. The good old days used to have musicians who looked at music as a calling and though the resources were limited, there musical masterpieces still echo in our ears today. The lack of fancy equipment to let them make up music while half asleep taught them to appreciate music in its purest form. The simplicity of today’s music production and distribution has come with its own breed of musicians who do not have any genuine purpose apart from money and fame and the musical world has suffered a degradation of quality and character.

Technology has made it possible for cultures to share values including music but to be realistic, the more powerful cultures dominate the scene and this results in other cultures adopting the values of the dominant ones. Some music genres are essentially dying as the younger and millennial generation starts adopting the more ‘exciting and cool’ ones. This is a genuine threat to the diversity on the musical landscape. It would be a much better musical world if new forms of music were emerging while the older ones were still appreciated and given a place.

To sum up, technology has changed the world and made it better in countless ways and so has music done for thousands of years. The human race needs to find a way to let the two important factors which are very dear to us to coexist. Piracy has to be conquered for us to fully embrace the value of music and the musicians who work so hard to produce the treasured songs.