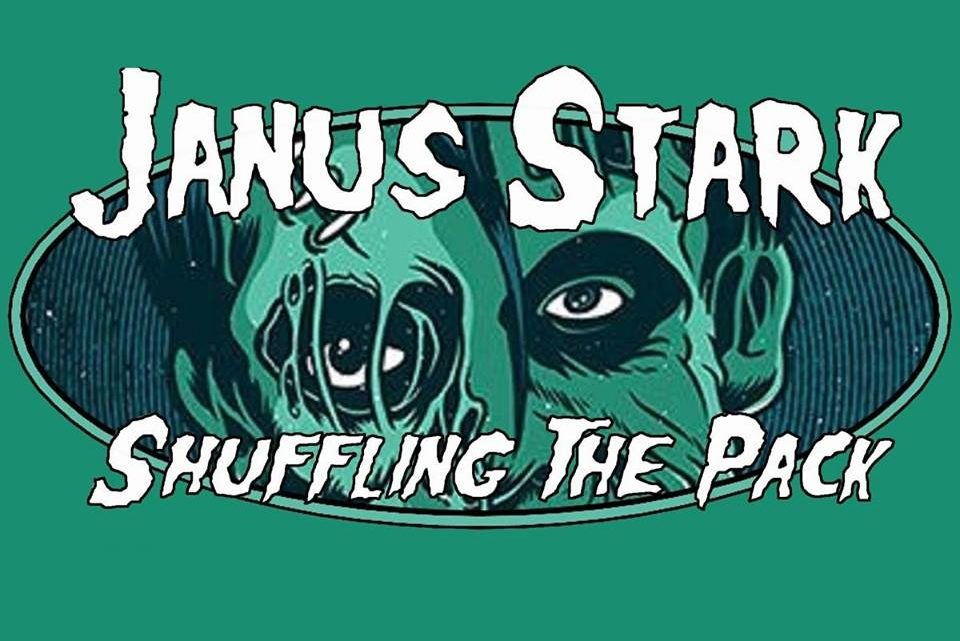 Their first new material in twenty-one years (and their first ever video!), ‘Shuffling The Pack’ is a hook-heavy, power-pop-punk smack to the jaw.

Janus Stark initially existed between 1996-2002, formed at the same time Gizz was also the guitarist for The Prodigy in their ‘Fat Of The Land’ period (a number one album in 38 countries in 1997). In the same year, Janus Stark recorded their debut (and only) album ‘Great Adventure Cigar’ for Earache Records. Produced by Terry Thomas (3 Colours Red, Bad Company, Foreigner), the single ‘Every Little Thing Counts’ made No. 32 in the Billboard Top 40.

In 1998, a deal with Trauma Records (home of Bush and No Doubt) in the USA led to four well received tours and three soundtrack appearances, notably on the ‘Varsity Blues’ film score which made the Top 20 of the Billboard Top 200. That year, they were also awarded acting roles in the bizarre British movie ‘Whatever Happened to Harold Smith’. Janus Stark wrote and recorded songs for the soundtrack and appeared in the film as themselves. 1999 saw the band play to over 65,000 people on a European tour with Die Toten Hosen.

After a split with their label and a parting of ways with drummer Pinch (current drummer of The Damned), Janus Stark eventually split in 2002. In 2018, however, Gizz decided to reform Janus Stark and asked Richard Gombault (of 90s pop punk trio Midget) to join, along with long standing close friends Fozzy Dixon and Simon Martin.

‘Shuffling The Pack’, the first results of this new line-up, sees Gizz effortlessly picking up from where the band left off in 2002 and finds its author as riled up and inspired as ever.

“It’s a tale of promises that lead to betrayal,” vents Gizz. “When someone lays down the red carpet to you and promises the earth, yet before you know it, your honeymoon is over, and you’ve been shuffled to the back of the pack.”

“Personally, I’ve been at the receiving end of a ‘promisor’ a number of times, fooled by the proverbial dangly carrot. A few friends of mine helped me recognise the signs. The video represents a promise that I am intended to follow. This time I suspect something, so I’m going to confront this villain. This time he’s chosen the wrong card!”

Dave Grohl once described Janus Stark as “a great melodic kick up the arse.” Little has changed on that front. Prepare to have your arse kicked all over again.

Catch the band live at the following dates: