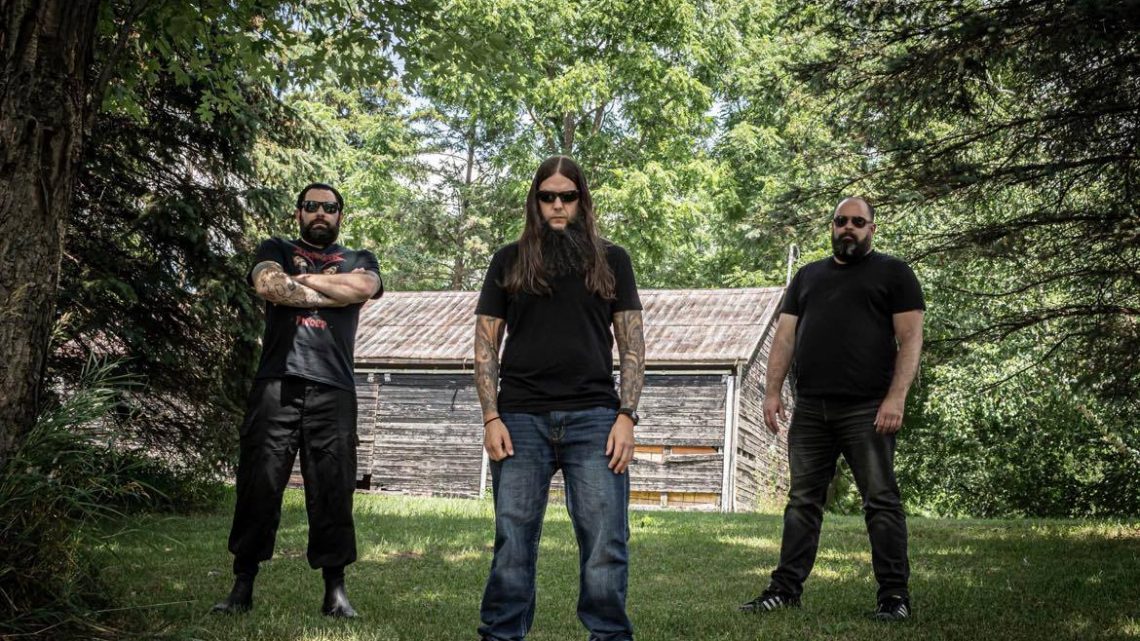 Jeff of The Blood Of Christ- Flaunts His Pets

Since the early nineties, Canadians The Blood of Christ have been spreading their unique style of Black Death across the globe. We caught up with their guitarist Jeff Longo during the madness to find out about his pets. 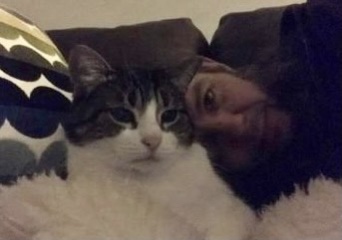 Dan the Cat and Jeff

Hey Jeff, thanks for catching up! You have some pets at home, can you tell us all about them?

We have two pets in my house and they are both cats. One is named Mimi and the other is Dan. My son named both of them and we have had them for 10 and 3 years respectively. They are pretty clever little cats with interesting personalities. Dan is quite skittish. Our drummer, Jason, has a pet German Shepherd named Fargo. He is a fun beast, with an amusing personality. Hank has several cats too, he’s always been an animal friendly guy!

Our cat, Dan, is definitely a spooked out weirdo. Sometimes, he leaps 4 feet into the air, straight up like a rocket just because a random sound startles him. It is quite entertaining sometimes! I honestly can’t think of one weird thing he has done, because almost all of his habits are bizarre and hilarious on a daily basis. I think he was a dog in a previous lifetime.

Have you managed to teach Mimi or Dan any tricks? 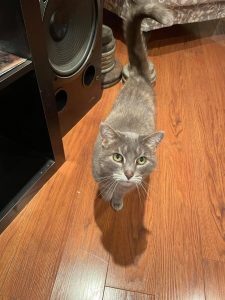 They’re cats, they don’t do tricks whatsoever. Sometimes, though, Dan gets a really puffy and massive tail when he runs around chasing his toys.

Have your moggies been helping you through the pandemic?

Mimi, our older cat, is quite chill. She knows when you’re down and definitely comes over to comfort you and purrs a lot. Dan on the other hand, he’s a handful, to say the least. He has not adjusted to the changing routine of having us home 24/7 and then not being home and back and forth because of the open and closing lockdowns. So, he’s been pretty temperamental and noisy throughout the past year.

In this band, we all love animals, we think they are an amazing and precious part of our world. Never have we had any exotic pets because we believe they should be left in the wild where they belong. Our song “The Extinction Syndicate” is about anti-trophy hunting, for example. So, yes we love animals. Always have and always will. Animals have a more true connection to our wild planet and I admire that.

I admire that too, you guys have a great outlook. Are you one of those people that puts your pets into costumes? Don’t be shy to tell us about their battle vest. 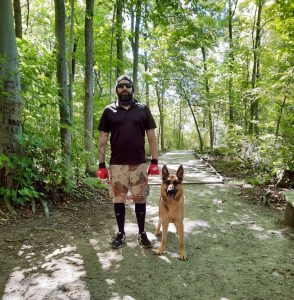 Jason and his dog Fargo

No, I have not tried that but it doesn’t sound like a bad idea! Maybe I will dress up one of our cats as Battle-Cat from He-Man for Halloween this year.

Yes! Battle Cat, please do that and send us photos!

Who looks after the cats whilst you’re away on tour/holiday?

Our wives take care of all the fur-balls when we are away.

Well that is lovely, do the cats like it when you practice at home? Do they seem to prefer any particular genre of music more than another?

They run and hide at the hint of any form of loud noise, so; no they don’t like my guitar playing at home and definitely don’t like death metal.

That sucks they aren’t Death metal fans, but at least they are supportive. Speaking of practicing, any new music in the pipeline?

Definitely. We have a reissue of our third demo “The Lonely Flowers of Autumn” coming out in mid-spring 2021 on 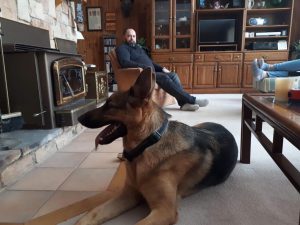 Jeff and Fargo chilling out

CD and cassette via CDN Records.

CDN Records will also press our “Frozen Dreams” demo tape at that same time on cassette and then later in the year, around autumn; we will be releasing our 5th album “Chaos & Anguish” via CDN Records. It is a reworking of our third and fourth albums with all new bass, lyrics, artwork and vocals. There will be roughly 13 songs on it. It is going to be sick. We are very excited about the year ahead.

Have you anything you’d like to say to your fans/ supporters?

Thank you for the continued support over the past 27 years. We are only just getting started! Thank you to “All About the Rock” for taking the time to speak with me, I appreciate it. 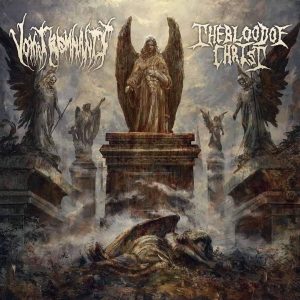 Thank you for your time Jeff!  It’s been a pleasure and please pet your cats for us.