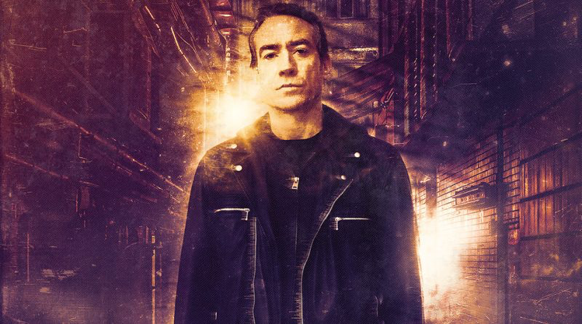 Jim Davies is an iconic figure from the 90’s; he’s best known as the guitarist for Prodigy and Pitchshifter. The blurb around the release of Headwars revolves around a simple statement, Jim is “the best known guitarist you’ve never heard of” and it’s probably right. Enter Prodigy and their groundbreaking sound that bridged the gap between the Metal genre and the Electronic dance scene; Jim’s influences with his blistering guitar work for the band allowed them to skirt the line between the two with huge tracks. Pitchsifter on the other hand were well ahead of their time, pioneering the sound of what was to come over a decade later with the rise of Techno/Rap/Nu Metal, even though they started off pioneering Industrial Metal alongside Godflesh with their downtuned guitars. Jim Davies had produced a solo effort back in 2009 with Electric Guitar and has not produced anything since 2011. Well, after 9 years, we finally get the next instalment of Jim Davies work with Headwars, so let’s see what this has in store for us.

What’s noticeable from the opening ‘Headwars’ is the haunting aspect of the vocals that are reminiscent of Gary Numan and Nine Inch Nails; the samples and beatdowns give you a similar impression which was certainly not an expected sound. The delightful homage to the Electronic Goth scene of the 1990’s is a joy. This brilliance is played out further into the album with the opening single and official video of ‘Ticking Time Bomb’, showing off the precision and poise of the gothic style of that era with incredible passion; the beats and heavy samples are relentless and this trademark continues through the album. What makes this eclectic roll-a-coaster so listenable and infectious is the inclusion of guest stars such as Tut Tut Child, Abbie Aisleen who lends her incredible voice to a couple tracks including ‘Game of Faces’ and the incredible percussion master Jason Bowld. These are to name a few of the artists but one really sticks out as Milly Rodda’s vocals are sublime in ‘Now You Know’; her soul soaring voice makes the song an absolute hit. If there are any tracks that truly stand out, ‘Shadows’ and ‘Zombies’ are among them. The blistering beats and haunting gothic feel plastered with sections of aggression allows you to soak up the music with ease.

The heavy influences of electronic samples gives off the impression of Drum’n’Bass big hitter, Pendulum; Jim Davies is certainly playing on the usual mine field of experimental tactics that was always viewed as the next generation of music, Pendulum were one of those progressive types in the late noughties. This is more noticeable in the latter stages of the album with ‘Defector’ and ‘We Set the Place’ producing an abundant amount of Techno vibes mixed with strong Drum’n’Bass and Electronica. It all ends with the somber and hauntingly creepy ‘Modify Me’; the vocals of Abbie Aisleen once again coming to the forefront as her unique vocals brings the track to life perfectly.

It’s not groundbreaking in any imagination, however what Headwars gives us is a retro-futurism whereby the combination of futuristic sounds that Davies is so used through Pitchshifter and Prodigy and the influential aspects of Pendulum, helps create what should be a disjointed venture. It is not, in fact, Davies manages to create a flowing album that combines the Gothic elements of Nine Inch Nails and Gary Numan in the first half of the album and blends it with the Drum’n’Bass Electronica of Prodigy and Pendulum for the latter half. A promising and eclectic vibe that works. 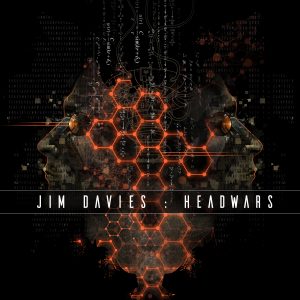 Headwars will be available digitally HERE

Malevolence – The Other Side (EP)