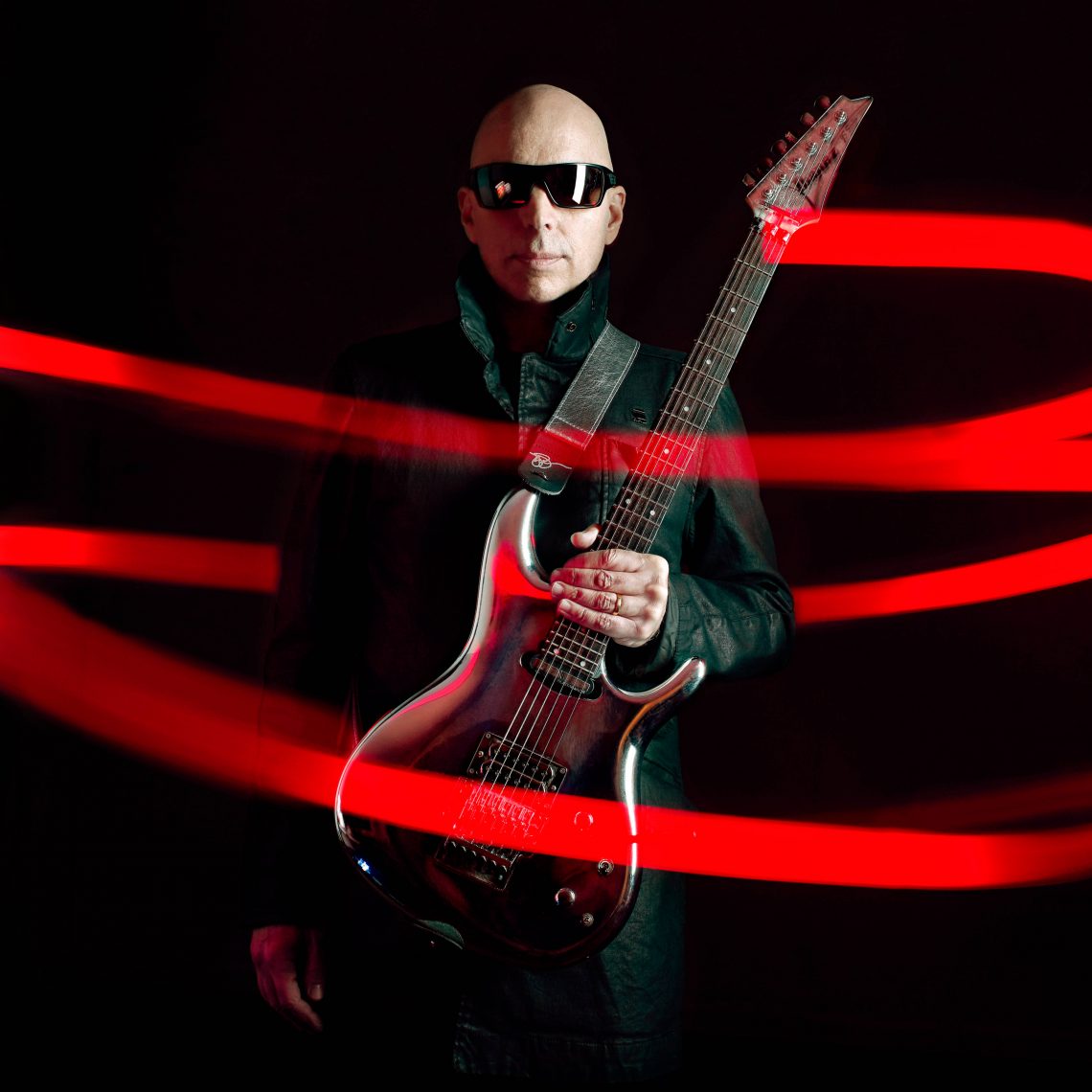 17th March 2021 0 By John Deaux
“Due to the ongoing pandemic, unfortunately, we have no choice but to again postpone our upcoming UK tour planned for this spring. The currently rescheduled dates are listed below (additional dates to be announced shortly). Please hold on to your tickets and we look forward to seeing and playing for everyone next year, which can’t come soon enough! Stay safe!”
– Joe Satriani 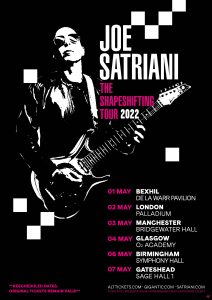 World-renowned guitar virtuoso, Joe Satriani, has rescheduled his Shapeshifting UK Tour to May 2022 due to the coronavirus pandemic. Tickets for his April and May 2021 UK “Shapeshifting” tour dates remain valid for the rescheduled May 2022 dates.

The concert will feature tracks from “Shapeshifting”, plus many of his classic fan favourites including “Surfing With The Alien”, “Always With Me, Always With You”, and “Flying In A Blue Dream”.

For two decades, the guitar virtuoso has travelled the world, playing to sold-out crowds as both a headliner and as founder of the all-star “G3” guitar extravaganza. Satriani’s studio and live recordings have sold more than 10 million copies worldwide to date and of his many solo albums, two have gone platinum and four others went gold, with 15 Grammy nominations between them. His side project, Chickenfoot, featuring former Van Halen front man Sammy Hagar, former bassist Michael Anthony, and Red Hot Chili Peppers’ drummer Chad Smith saw their debut album certified gold and their second studio album debuted at #9.

Since its debut in 1996, Satriani’s G3 tour has featured the world’s greatest guitarists (everyone from Steve Vai and Eric Johnson to Steve Lukather and Robert Fripp and John Petrucci and Uli Jon Roth) and has become a consistent concert hall sell-out attraction in the U.S., South America, Europe, Australia and Japan. “I think part of its charm and its mojo is in the chemistry of having three top guitarists share what they do on stage,” says Satriani. “It’s fun, it’s unpredictable, it’s wild – it’s everything you could want in a show.”

Since the 2017 release of his “What Happens Next” album, Satriani, toured his G3 Guitar Extravaganza worldwide to critical acclaim, and then embarked on the Experience Hendrix US tour. Last year Satriani announced the re-release of his classic 1987 album, “Surfing With The Alien”, that featured new artwork and a bonus disc, “Stripped – the Backing Tracks”, featuring the songs with all guitar solos removed.

“Shapeshifting is another bold, beautiful effort from one of the great guitarists of our times and adds another chapter to Satriani’s already prodigious legacy.”
– Rock and Blues Muse
“Never no ordinary Joe by any stretch of the imagination, Satriani keeps on shapeshifting at the cutting edge of guitar wizardry on this adventurous and gallivanting 18th solo release.” – Decibel Report 9/10
“Satriani remains a master of instrumental guitar performance and his
strengths lie in the ability to fashion distinctive songs with lots of melody.”
– Get Ready To Rock
# # #
JOE SATRIANI
Rescheduled “Shapeshifting” May 2022 UK Tour
Tickets via www.alttickets.com + www.satriani.com
Bexhill, De La Warr Pavilion
Sunday 1 May 2022
London, Palladium
Monday 2 May 2022
Manchester, Bridgewater Hall
Tuesday 3 May 2022
Glasgow, O2 Academy
Wednesday 4 May 2022
Birmingham, Symphony Hall
Friday 6 May 2021