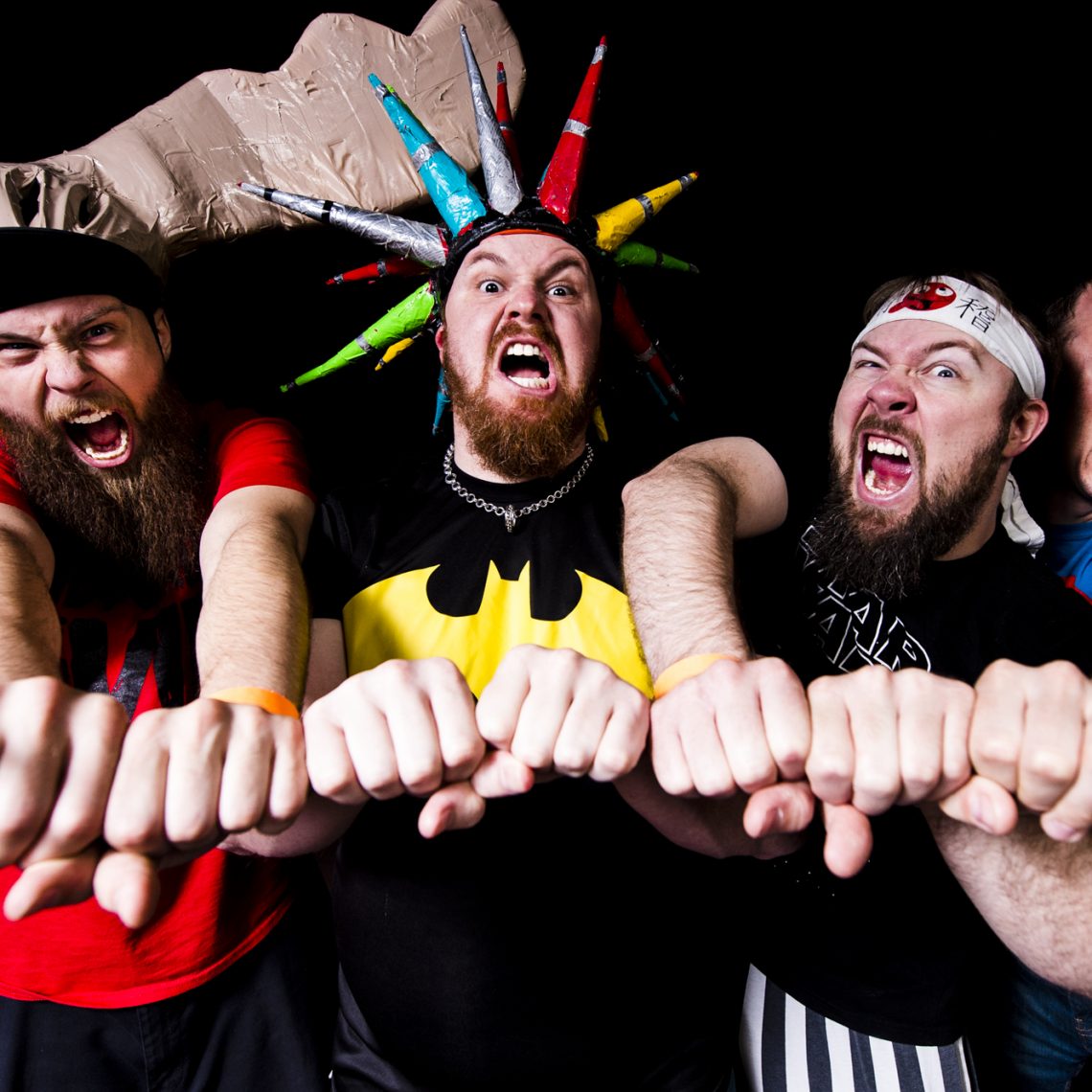 The American kings of comedy rock PSYCHOSTICK are confirmed to perform at Amplified Open Air in Gloucester, England being held from July 6th- 8th. The festival is the band’s second scheduled appearance overseas with their previously announced first ever performance in Germany at WITH FULL FORCE being held from June 14th – 16th at the Ferropolis in Gräfenhainichen.

Having already toured the UK in 2016 and 2015 in support of their latest album “Revenge of The Vengeance”, Amplified Open Air will also be PSYCHOSTICK‘s first major festival performance in the country.

Discounted early bird tickets for Amplified Festival are now on sale along with line up details at the following link: http://www.amplifiedrocks.com/2018-earlybirds

In additional news, PSYCHOSTICK are currently on their “The Veloci-Turkey-Saurus Rex Tour” presented by Zildjian with Arsonists Get All The Girls, Kissing Candice and Raven Black. While the band is on the road to share new and familiar material, they have also posted a video for their single “Adulting”, which will be one of many new tracks planned on their forthcoming album set for release in 2018 to follow their 2014 break out “Revenge of The Vengeance”.

And in case ya missed it… PSYCHOSTICK put out their latest holiday cover for American Thanksgiving, “Give Thanks or Die”, a parody of Slipknot’s “Get This”, which appears as a b-side from the band’s 1999 self-titled album.

“Give Thanks or Die”

Harnessing their crazy sense of humor and love of all things metal, vocalist Rob “Rawrb” Kersey and guitarist Josh “The J” Key joined forces with drummer Alex “Shmalex” Dontre and bassist Matty J “Moose” to create Pyschostick, and a style of music they’ve coined as ‘humorcore’. With hilarious lyrics, heavy riffs, notorious stage antics and high-energy performances, the band has caused millions of laughs around the world and hundreds of mosh pits across the US of A, often simultaneously, since its birth in Phoenix, AZ in 2000.

Now residing in Chicago, IL, the almost 100 percent do-it-yourself laugh factory Psychostick have released four full-length albums–‘We Couldn’t Think of a Title’ (2006), ‘Sandwich’ (2009), ‘Space Vampires VS Zombie Dinosaurs in 3D’ (2011) and ‘IV: Revenge of the Vengeance’ (2014)—and two EPs—their holiday album, ‘The Flesh Eating Rollerskate Holiday Joyride’ (2007), and ‘The Digital Appetizer’. With their signature sound (Chimaira, Machine Head and Hatebreed sexing Tenacious D and Weird Al Yankovic) their most recent offering, the crowd-funded ‘IV: Revenge of the Vengeance‘ includes the beard anthem ‘Obey the Beard’ and popular ‘Dogs Like Socks’, ‘Quack Kills’, ‘So. Heavy.’, ‘Blue Screen’, and a tribute to the 21st century’s most beloved action super hero, ‘Bruce Campbell’. Psychostick are crazy to share with fans many more comedy sing-a-longs on the road and more!