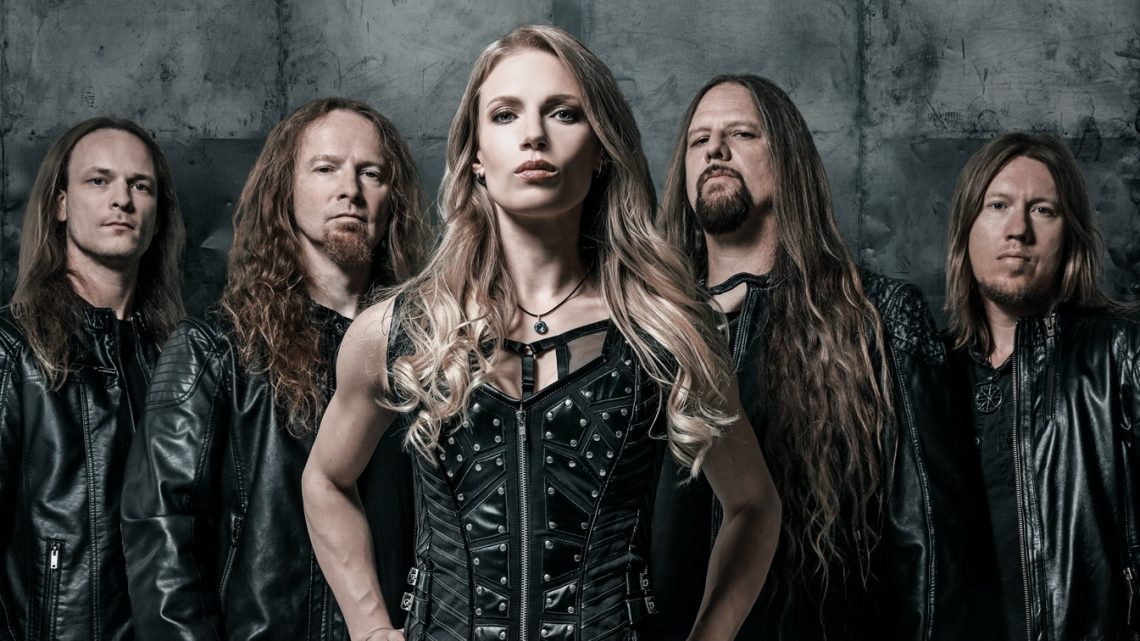 LEAVES’ EYES release their ‘The Last Viking (Midsummer Edition)’ on 17th September, out on AFM Records.

England in the year 1066. The decisive battle near Stamford Bridge. Warriors fighting death, the grounds soaked in blood. Norway’s king Harald III, called Hardrada („the hard ruler“) lies dying. His whole life flashes before his eyes: cruel wars, fights over power, journeys to exotic worlds guiding to powerful women, emperors and kings falling into ruin. The last Viking King is dead – the Vikings’ age is over. Long live the Vikings.


“The Last Viking” is the 2020-monumental-piece of LEAVES’ EYES. The setting of the symphonic metal masterpiece couldn’t be more tremendous. With their cult-albums “Vinland Saga” (2005) and “King of Kings” (2015) they already turned Leif Erikssons discovery of America and the life of Norway’s first king into music. Now, LEAVES’ EYES bring the Viking Sagas to their bombastic finale.
As always, LEAVES’ EYES attach importance to historical accuracy. History books were devoured, sagas had to be studied. “Some tv dramas or blockbusters make me smirk when I see the Viking Sagas turned upside down. We don’t mess around in mythology!” promises Alexander Krull (vocals), again responsible for conception and lyrics. “The Last Viking” itself would make a great screenplay. The sagas of Hardrada are full of drama, emotions and the everlasting fights for power. “The Last Viking” is the epic soundtrack to the mythical world of Viking adventures.

No doubt: all the musicians exactly know which buttons to push to play out all the strengths of LEAVES’ EYES. The energetic compositions proof the ingenious skills of the song writing duo Thorsten Bauer (guitars) und Alexander Krull (vocals). Straightforward and consequently they follow the line that already has garnered a significant worldwide fan base. Their die-hard followers will be more than pleased with “Break Into The Sky”, acting as a best-of track combining all of the bands’ musical qualities: enthralling song structures, touching melodies and a mystic aura.

All the 14 tracks individually impress with their unique build-up, rhythm and atmosphere. Mighty drums, Mediaeval instruments like nyckelharpa and fiddle and Celtic horns add spice to the diversified sound. The mystic elegy “Two Kings One Realm” surprises with yet unheard facets. The dark-pop ethno sound wouldn’t be expected from Germany’s symphonic-metal band no. 1. Mastermind Alexander Krull delivers a thrilling, fresh and razor-sharp audio production adding distinctiveness, dynamic and roughness to the sound of LEAVES’ EYES. The new versions of the immediately sold out EP “Night Of The Ravens“, “Serkland“ und “Black Butterfly“ make these tracks an all new adventure. The latter surprises with powerful guest vocals of the French rock sensation Clémentine Delauney (Visions of Atlantis, Exit Eden) that terrifically bring the smash-hit to new life.

In a over 100 minutes long documentary (incl. the new bonus chapter) you will learn everything about the focus and the diversity of Viking lifestyle. With subtitles in German, English, French and Spanish, all Viking fans can experience for themselves how incredibly international the scene is nowadays! The documentary shows with a surprising ease the diversity of Viking reenactment and gives you the desire to plunge into this hobby yourself!

LEAVES’ EYES have always played in a league of their own. They have toured all populated continents, frequently reach top positions in the album charts and with every output they deliver a multimedia masterpiece when it comes to video clips and artwork. With “The Last Viking” they surpass their own standards with the original film documentary “Viking Spirit”. Filmed worldwide, the growing Viking re-enactment scene will be visually praised here. Fronter Alex and the band became part of this community, long ago. With this film, historical facts merge with Nordic mythology, Viking-lifestyle and the sounds of LEAVES’ EYES, featuring friends and companions of the Viking scene. A long awaited complement to their body of work.

Of course, “The Last Viking” won’t be the closure of LEAVES’ EYES – it only fuels expectations what these geniuses will come up next with. With “The Last Viking” Leaves’ Eyes set up their own musical monument that is just as captivating and strong as the saga of the last Viking King itself.
(Author: Robert Suß)

Dig Lazarus announce debut album and new single ahead of UK tour with The Virginmarys!