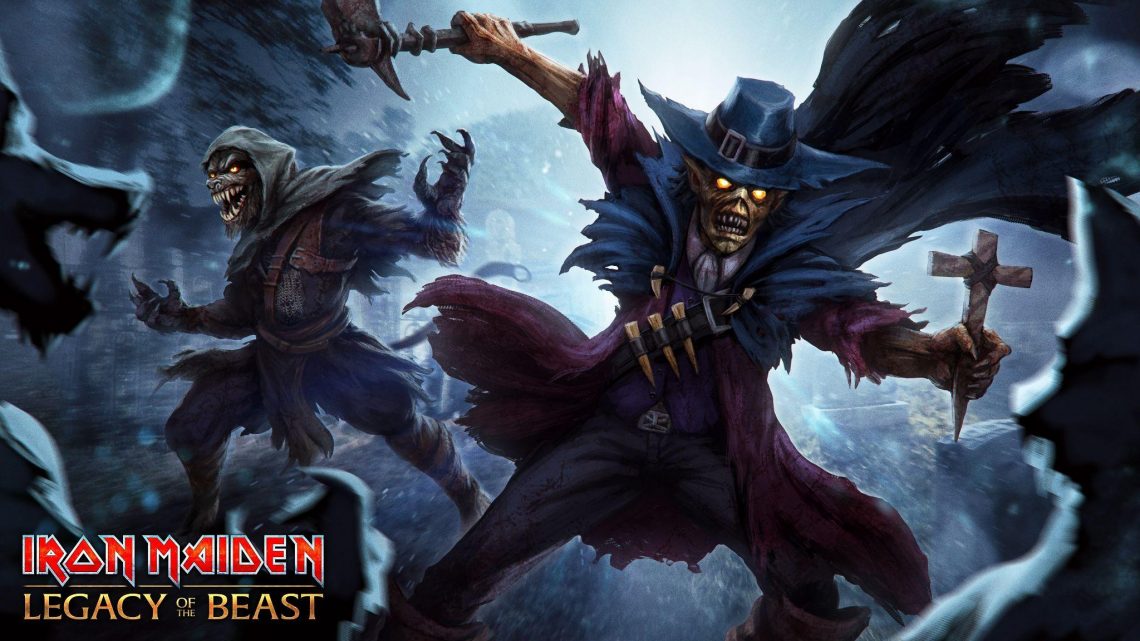 Legacy of the Beast Teams Up with POWERWOLF

Ahead of the two bands sharing the stage for two shows in Germany this July, POWERWOLF will be the second in-game collaboration of 2022 for Iron Maiden’s Legacy of the Beast free-to-play mobile game.

When it came to seeing Vârcolac in Eddie’s world for the first time, POWERWOLF lead singer Attila Dorn says: “We were breathless and stunned when we saw the first iteration/scene of the game featuring our Vârcolac.  And most of all we couldn’t wait to play it ourselves!!” Attila continues, “When I was a young kid listening to my Iron Maiden tapes all day, I would have never dreamed of playing the same stage one day, being invited to support Iron Maiden with my band. Is there anything more a metalhead could dream of?”

Lead guitarist for POWERWOLF, Matthew Greywolf says: “Iron Maiden‘s songs and melodies are immortal. The neat combination of melody and heaviness is still as revolutionary as it was when first heard Maiden at 11 years old, I was truly fascinated by it, and I still am!”

Keyboardist Falk Maria Schlegel continues: “I would say Bruce Dickinson is my major MAJOR influence in all that I’m doing on stage, with my whole performance…  still a great inspiration, so thank you Bruce!”

Navigator Games CEO, Will Moore says: “The fans and players have been absolutely thrilled to see their favorite bands partner with Iron Maiden Legacy of the Beast. Over the past year our players have kept hinting at Powerwolf. We hope they’re pleased to see Powerwolf’s iconic mascot bought to life on this epic adventure!”

Players can earn the Vârcolac character for FREE by logging in a total of seven days from now, receiving Vârcolac on the final day. Ends May 12 at 2:00pm CET.

In this new storyline, Vârcolac and Van Helsing Eddie cross paths in the catacombs of Dracula’s Dungeon. Vârcolac has just escaped Professor Parabiosis, an evil doctor wanting to conduct experiments on him because of his extraordinary powers. He asks Van Helsing Eddie to join him in defeating the evil doctor. Van Helsing Eddie soon realizes that Vârcolac is fighting his own internal struggle between good and evil and they soon realize the professor has a more sinister plan in mind than just a mere dissection.

In Iron Maiden: Legacy of the Beast, metal and RPG gaming fans take on the role of the band’s iconic mascot, Eddie, who travels across a spectacularly diverse array of worlds by traveling through time in captivating 3D environments. Eddie appears in many forms, each a part of Iron Maiden’s rich history, and each with a set of special powers and abilities.