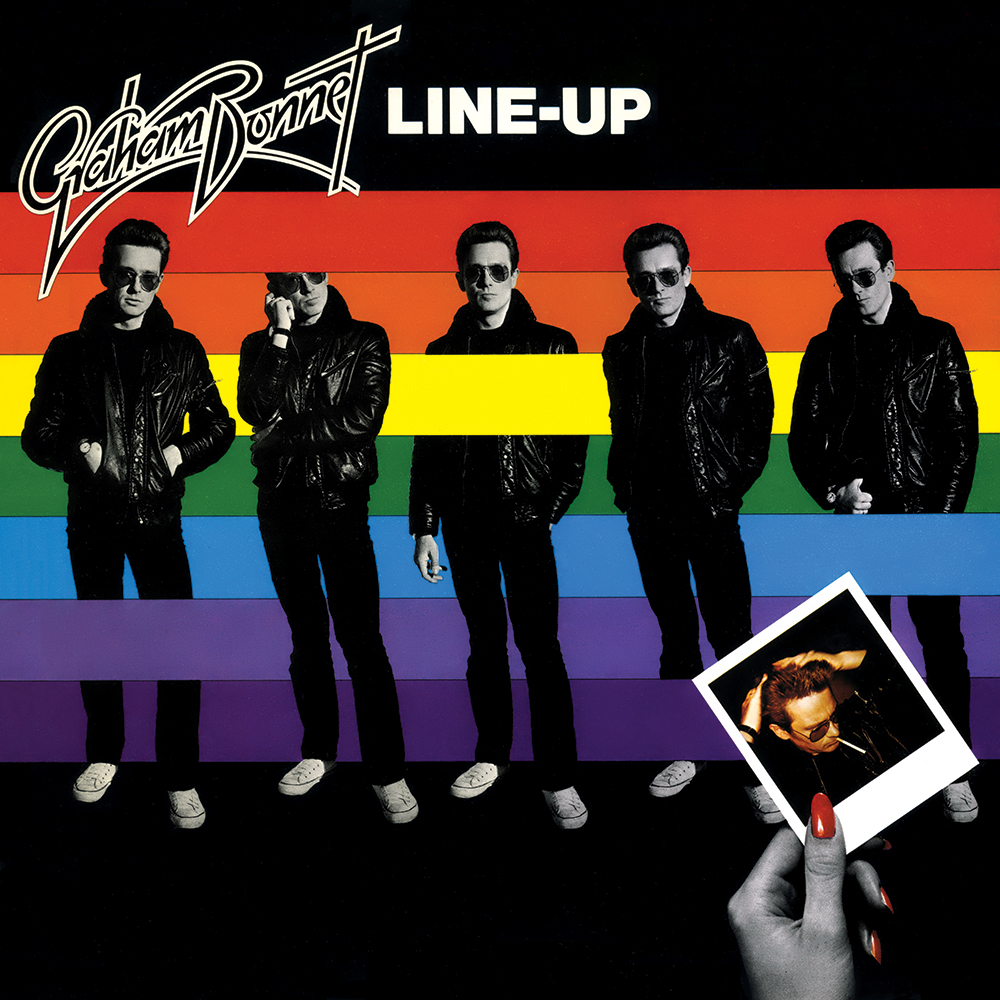 Graham Bonnet made his name with Rainbow on the album ‘Down To Earth’ which featured the classic tracks, ‘All Night Long’ & ‘Since You’ve Been Gone‘ back in 1979.

Come 1981 after leaving Rainbow the year before, Bonnet formed a new band & released his classic album ‘Line Up’ which spawned the hit single ‘Night Games’

March 25th 2016 will see the release of a remastered & expanded version of the album. It’s coupled with new essay written by the legend Malcolm Dome (of Classic Rock magazine) & uses recent interviews with Bonnet himself, features rare photos of memorabilia, expanded artwork as well as the CD featuring 4 bonus tracks (2 non album B-Sides & 2 single edits) which have been previously unavailable on CD until now.

The musicians behind Graham on this album is truly staggering. Members of Whitesnake, Deep Purple, Michael Schenker, Status Quo, Rainbow & King Crimson. These are not session musicians. They were on the frontline of hard rock & metal.

There is so much going for this record it’s ridiculous & believe it or not it still sounds fresh. Really hard to believe this is a (currently) 35-year-old record. I doff my hat to Andy Pearce for taking his time to remaster this album.

If you have the vinyl & not upgraded to a version on CD then this is the version to get & retire the vinyl. For those who just want a slice of classic rock with amazing musicianship & sublime vocal then this is a must.