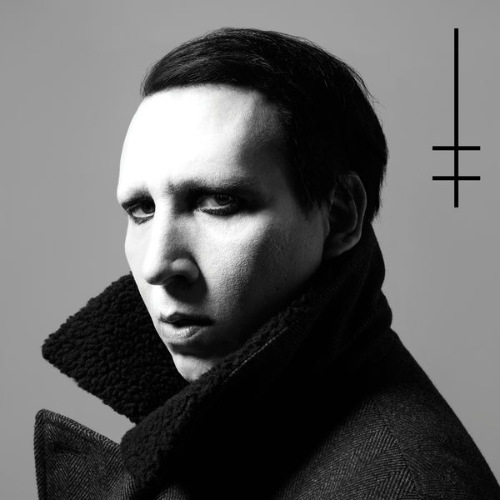 With his breakthrough album ‘Antichrist Superstar’, ‘The God of Fuck’ conquered the mainstream with an image and outlook that must have sent Tipper Gore and conservative America into a nationwide panic to protect their teenagers from his chaotic diatribes. Manson’s initially impervious discography was hit hard during the 2000’s, questionable live performances and the abysmal ‘Eat Me, Drink Me’ had plunged the former ‘most dangerous rockstar in the world’ into the realm of the heritage act, the antithesis of what Marilyn Manson once represented. Thankfully 2012’s ‘Born Villain’ and 2015’s ‘Pale Emperor’ have given him a new lease of life with genuine hits like ‘No Reflection’ and ‘Deep Six’ garnering critical acclaim. ‘Heaven Upside Down’ is an album that pushes the envelope of his pop traits to their limits, whilst other tracks flirt with post punk, alt rock and even 70’s rock stylings.

The excitement of ‘Revolution 12’s build up leads to a great staccato riff ripped shamelessly from ‘Angel With The Scabbed Wings’. It’s rawness gets the album off to a thrilling start. The comparison of ‘Antichrist Superstar’ begins and ends with only two of the tracks sadly and the venom of say ‘1996’ will seemingly never be replicated again. The nihilism is bubblegum and the anarchy is controlled, although a competently aggressive Manson still manages to force violence inducing vocals from his straining throat.

‘Tattooed In Reverse’ crashes all expectations back down to earth with its pathetically constructed chorus boasting a rhyming structure and phrasing that even the most mundane chart pop star would feel ashamed of. Essentially this is just a gothic version of ‘Sail’, only this imitation has the depth of a puddle. The devil appears to be wearing a suit and he currently works in marketing.

‘We Know Where You Fucking Live’ brings back some credibility with another throwback hook and an ominous tone. “So what’s a nice place like this, doing ‘round people like us” is whispered at its conclusion with a typically cool velvet delivery. The song is truly worthy of his earlier work and almost makes up for some of the repugnant hook bait rubbish that resides on the record.

The dunderheadedly named ‘Say10’ already sets off alarm bells, yet it isn’t as awful as you’d think it’d be from its title. Yes the refrain is clearly from the mind of an angsty 12 year old who’s just learnt how to draw a pentagram for the first time, but it’s lumbering bluesy riff has a titanic weight behind it with a ‘Jack Daniels advert’ vibe all over the song. “Cocaine and Abel, I don’t baptise whores, I’m a legend and not a fable” is the clear winner for lyric of the album, the type of hook he is more than capable of and that is befitting of his legacy.

‘Kill4me’ wouldn’t be out of place on an LCD Soundsystem record, with its disco beat and bass line being backed by 80’s synths the track does a mediocre job of adding some danceable flair to the album. It’s meaningless, generic, predictable and completely eclipsed by the following track ‘Saturnalia’. It’s brilliant Joy Division guitars and low fi post punk sound is a perfect fit for Manson’s dark vocals. If he is to create music that feels closer to indie than rock then this is certainly how it should sound.

‘JE$U$ CRI$I$’ is by far and away the most obnoxious song on the record and maybe even in Manson history. “I write songs to fight and to fuck to, if you want to fight I will fight you, If you want to fuck then I’ll fuck you, make up your mind or I’ll make it up for you” is a creepy moronic phrase that represents everything that is wrong with this album, they’re just words he knows aimlessly placed into something that resembles ‘coolness’. The neanderthelic four note riff in the half time refrain of the tracks title is genuinely exciting albeit ridiculous, as the song collapses before the irritating chorus is repeated.

The title track is listenable and a perfectly passable alternative rock song that washes away the bad taste of some of the records low points before album closer ‘Threats of Romance’ ends the record with a riff that holds a painstakingly obvious reference to ‘Whole Lotta Love’. Its Marc Bolan inspired stomp develops into a swung blues song that suits this iteration of Manson quite well surprisingly. A greatly ambitious treat of 70’s songwriting that gives a satisfying conclusion to a unfocused and imperfect album.

Its best songs show the promise that we could still be treated to another classic before the career of one Brian Warner comes to a close, its worst songs however are a damning realisation of the thin line he treads with his characters preposterous personality. Only a handful of these offerings are worth revisiting and it is easy to see why a song like ‘JE$U$ CRI$I$’ will resonate with a mass of casual consumers but for the core fan base of this rock ‘n’ roll institution, it’s just quite simply embarrassing. The at times disingenuous lyrics and poorly written hooks hamper any sort of enjoyment of this as a body of work. Not a complete failure but in no way vital, ‘Heaven Upside Down’ only just keeps the renascence in motion. 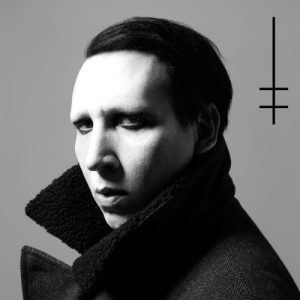 You can order ‘Heaven Upside Down’ here