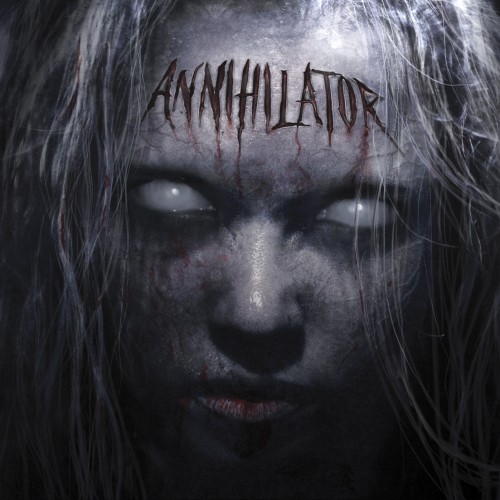 FOR THE DEMENTED PRE ORDER http://hyperurl.co/ForTheDemented

Canadian Heavy Metal/Thrash band ANNIHILATOR will release their 16thstudio album, “For The Demented”, on November 3 via Neverland Music/Silver Lining Music. The follow-up to 2015’s “Suicide Society” will be available in a limited-edition digipack with lenticular cover, a jewel-case CD, a twelve-inch, 180-gram colored vinyl in gatefold and digital download.

“It was time to analyze what a lot of fans over the years have kept telling me,” says ANNIHILATOR guitarist and main songwriter Jeff Waters. “It was time to sit down and figure out ‘why’ ANNIHILATOR’s early ‘thrash-meets-melodic’ caught the ears of so many and to try to sweep the ‘fan’ part of my writing/playing/singing out the door and welcome back the mostly original Waters writing that was to be the first four ANNIHILATOR albums.”

Waters didn’t venture back alone while looking back through ANNIHILATOR’s history. “I was well aware that trying to re-capture the past usually fails, or at least won’t come close,” he says. “So, I decided to bring in fresh ears, both musically and physically with Rich Hinks, my bassist for the last few years. And doing most all of the records by myself, including writing and playing most all on my own, as well as mixing, mastering, engineering, etc… well, it can become routine and can often hinder you from being objective and more creative.

“Rich came in and co-wrote the music with me, as well as co-produced the beginning stages of the record. His background of classic thrash metal meets a newer ‘math’ metal style was the perfect combination for me to simply ask, ‘What do you think of this?’ He would most-often reply with ‘not the ANNIHILATOR style I like,’ so we would keep going until we both felt that core ANNIHILATOR riffing and writing style presented itself.”
Jeff continues: “Bottom line, ‘For The Demented’ captures some feel from ANNIHILATOR’s 1985-87 demos mixed with the first four ANNIHILATOR records. Back to the thrash-meets-melody but with some pure Waters guitar riffing, upgraded lead guitar shredding and vocals back to the demo days meets the ‘King of The Kill’ record. Lyrically, I placed a theme on the record: the human mind and all of its glory, complexity, diversity, weaknesses and insanity! Pretty much the craziness of the music is matched by the lyrics.

“I think metal fans are going to hear much of what they have been waiting for from ANNIHILATOR,” adds Waters. 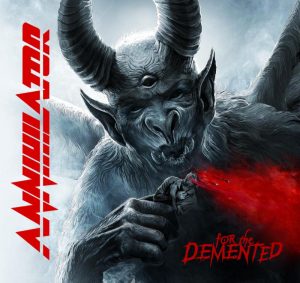 
Since 1989, ANNIHILATOR have not stopped putting out records and touring the world. Despite the ever-changing climate of the metal world (and releasing a series of “different” metal records with various lineups along the way), Waters and company have consistently delivered strong albums since the band’s debut, “Alice In Hell”. Then there was 1990’s best-selling “Never, Neverland”, 1995’s “King Of The Kill”, “Schizo Deluxe” in 2005 and many other critically acclaimed releases up until “Suicide Society”. The “under-the-radar” influence of this band, and Waters, has been felt throughout the entire realm of the metal world by a ton of well-known musicians and bands; that influence even stretching into the hard rock and instrumentalist genre.

Waters, in his usual humble manner, offers this in response: “ANNIHILATOR’s music has been influenced by a good hundred of my favorite bands and musicians; you can hear their contributions to what I have been doing all throughout ANNIHILATOR’s catalog. It’s a bonus and an honor when bands and musicians I love mention that I had something to do with their playing or songs!”