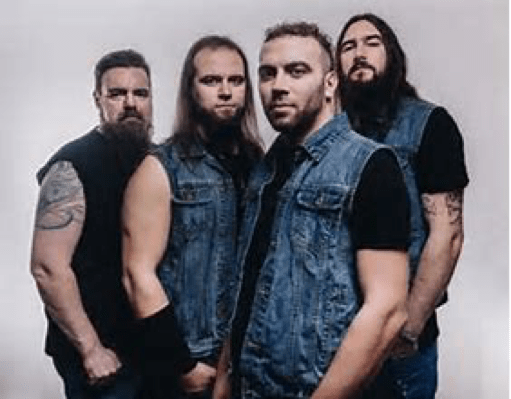 Melodic British metal band Absolva have released a second video from their upcoming album ‘Side by Side’.

‘Legion’ is a lyric video based on the stunning original coverart by Akirant Illustration who has previously worked on projects for Iron Maiden and Star Wars, adapted and animated here by the talented Cloud Music Typography.

Musically this album has been described as “full of fist in the air anthems for all fans of heavy metal, especially ‘Legion’ which is a marching fist up kind of song” (Musipedia of Metal).

‘Side by Side’ has also attracted sevaral recent 10/10 reviews, not least the imminent Powerplay magazine (issue 229) which includes this…. “a significant step up from previous albums. This is direct, open and a lot more melodic.. still tough as a 2 dollar steak but with a variety of tasty sauces”

Like many others, Absolva just recently postponed their European Tour due to the current pandemic. An appearance at Denmark’s metal Magic Festival in July and UK shows during the summer remain on the books, subject to further Corona Virus developments.

The new album is set for official release on 17th April 2020 and is available to order on CD now at the band’s website www.absolva.com