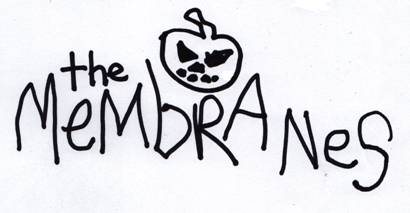 The new album, ‘What Nature Gives…Nature Takes Away’ is a double album, using the band’s own 20-piece choir to juxtapose their dark drones and melancholic epic power across sixteen songs about the beauty and violence of nature. The album features guest appearances from the likes of Chris Packham, Shirley Collins, Jordan and Kirk Brandon, all dealing with various themes of nature.

Inspired by the DIY aesthetic of punk rock and Buzzcocks Spiral Scratch EP, Membranes formed in Blackpool in 1977. They created their own distinctive bass driven post punk that was big influence on the underground scene and were John Peel and music press favourites before splitting in 1990. When one of their former support bands, My Bloody Valentine, asked them to reform for a festival in 2010 the band returned and recorded their most acclaimed and bestselling album – 2015’s ‘Dark Matter/Dark Energy’ and played at festivals across the world.

The band will be touring the UK and have many festivals lined up in the UK, Europe and Mexico.
‘It’s a ridiculous overload of the senses, both male and female in aspect; a rapacious attempt to be everything all at once. The title is perfect: What Nature Gives…Nature Takes Away is a release that is totally merciless in intent and yet reminds me of a million things I’d never associated with them before. From junkyard psychedelia, wobbly synth splurts,  rusty guitars, huge choirs that are Ragnarok epic,  samples that get all ravey on us and a fully formed post punk rock band who’ve discovered true beauty of the Periodic Table. And want to sing about it.’
Richard Foster