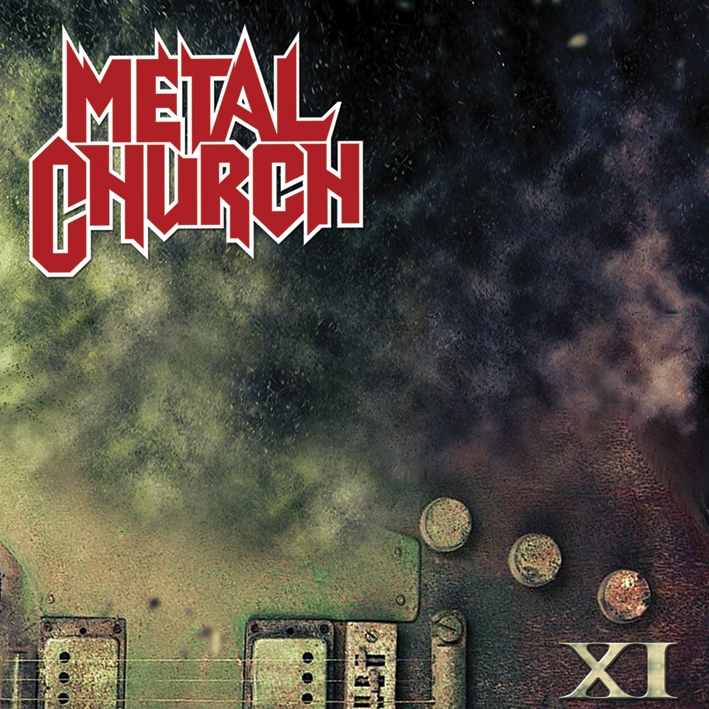 It’s been 3 years since Metal Church has released anything & after 20 years Mike Howe has returned to the band to resume vocal duties. In fact Howe was the vocalist on the last Metal Church album I listened to last (‘The Human Factor’. Released back in 1991) So it’s been awhile.

Upon 1st spin of this album I was immediately struck by how much Metal Church had changed since then as The Human FActor was pretty commercial back in the day & it still sounds that way today. It’s great to hear them back fully at their metal roots.

Howes voice has improved like a fine wine. So much more depth, warmth with some gorgeous fruity notes.

In fact the musicianship on this album is spectacular.

2 months (at the time of going to press) ago they released a video for the track ‘No Tomorrow’ which was a good indicator of the direction this album was going to take.

This track is also the reason why I was keen to have a listen. I’m so glad I got the chance (thanks Nuclear Blast).

The fret wanking of Kurdt Vanderhoof & Rick Van Zandt along with their guitar tone & technique is sublime. As for the chugging rhythm riff tone, it’s immense. Although they haven’t changed their sound that drastically it has certainly progressed exponentially.

Steve Unger & Jeff Plate sure know how to work the back beat perfectly.

To say I’ve enjoyed this album is an understatement. During the writing of this I’ve spun it a few times & it just gets better with every listen. There is so much to discover & I don’t think I’ve even scratched th surface of its nuances.

If you’re a fan of Testament, Stone Sour, Kreator, Death Angel & Anthrax this really is a must own piece of work.

Even if you’re not a fan of the above but want something loud to really piss your parents, neighbors, passing pedestrians etc then this is the album you need.

Do everyone a favor & just buy it. Treat yourself for easter.

Released via Nuclear Blast Records  25.03.2016 & available from all the usual good & bad outlets.