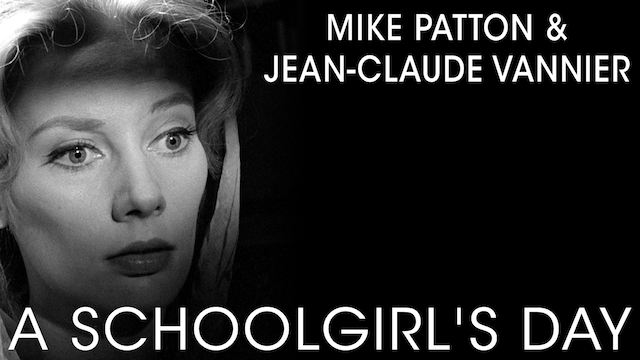 30th October 2019 0 By John Deaux
Mike Patton and Jean-Claude Vannier, who recently released the “suave and slinky” (Consequence of Sound) album Corpse Flower (Ipecac Recordings), debut the video for “A Schoolgirl’s Day” via Dangerous Minds.
The video, which was created by Nino Del Padre, features footage from the 1962 low-budget classic film, “Carnival of Souls.” Padre said of the pairing: “It’s almost as if the film was created for this song.”
Corpse Flower, arrived in September, the result of a chance encounter between Patton and the French producer, who met at a Serge Gainsbourg retrospective at the Hollywood Bowl. Vannier, who is perhaps best known to North American audiences for his work with Gainsbourg, is one of the most influential artists and producers in modern French music.
A variety of musicians, both in Los Angeles and Paris, took part in the recording of Corpse Flower with the Los Angeles team including Smokey Hormel (Beck, Johnny Cash), Justin Meldal-Johnsen (Beck, Air, Nine Inch Nails) and James Gadson (Beck, Jamie Lidell). The Parisian players are Denys Lable, Bernard Paganotti (Magma), Daniel Ciampolini, Didier Malherbe, Léonard Le Cloarec and the Bécon Palace String Ensemble. The lyrics for “Ballad C.3.3.” are drawn from Oscar Wilde’s “The Ballad of Reading Gaol” poem, which was initially published using the name C.3.3.
Ipecac.com
Ipecacrecordings.bandcamp.com
Facebook.com/Ipecac
Twitter.com/IpecacRec
Instagram.com/Ipecacrecordings