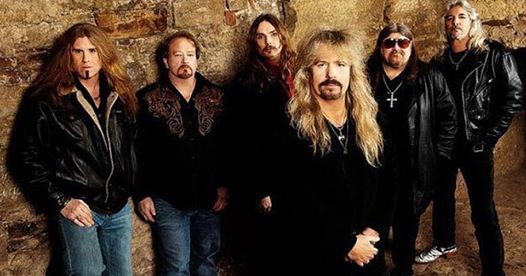 First things first I’m going to embarrass myself. Molly Hatchet are a band that has been releasing material since the late 1970’s. They are also a band that I have actually never listened to. Until I was handed their new live album Battleground.

Not only was I shocked and stunned at the caliber of Southern Rock that was gracing my ears, but I also wondered how I had missed this band.

If you’re like me and have never explored this band on any level and you’re a fan of bands such as Lynryd Skynyrd and Black Stone Cherry, this is a great introduction.

The only way to tell that this album is actually live is the crowd noise between each track. There’s no real crowd interaction, the very occasional song introduction and that’s it. It’s full on Southern Rock boogie.

For a new fan (which I think I’m now classified as seeing as I’ve just ordered another live album. 1985’s Double Trouble) Battleground is an introduction to Molly Hatchet and to the roots of Southern Rock in general.

There is nothing to hate about this record. Jimmy Elkins voice has a Ronnie Van Zant quality to it and I keep expecting him to belt out a version of Freebird (I bet he’d do an excellent rendition too). Bobby Ingrams guitar has just the right amount of presence, however it’s sometimes overshadowed by John Galvins keys.

The rhythm section of Shawn Beamers drums and the bass of Tim Lindesy are situated almost perfectly in the mix.

Battleground is a really good live record without it sounding too live. I’m sure I’ll be exploring their studio catalog soon enough.
Score 8/10 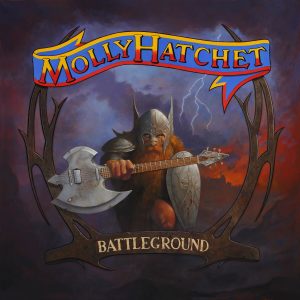